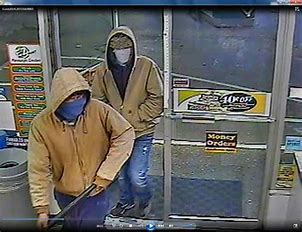 CLEVELAND, Ohio – A Cleveland man shot by a Metro by T-Mobile employee during an attempted robbery also committed a hold-up days earlier at another cellphone store, court records say.

Amhad D. Jones, 25, is charged with aggravated robbery in an April 19 incident at a separate Metro by T-Mobile store on Kinsman Road near East 147th Street, according to court records.

Jones has been in custody since an employee shot him in the stomach, left leg and right hand April 23 at another of the chain’s locations on Harvard Avenue at East 93rd Street, according to police reports and court records.

The latest charge accuses Jones of stealing several hundred dollars during the April 19 armed robbery, according to police reports.

In that incident, a robber walked into the cellphone store just after 5 p.m. and pointed a gun at an employee. He walked behind the counter and ordered the employee to open a register, police reports say.

The robber took the money before he left the store and ran north on East 147th Street.

Investigators have not said how they identified Jones as a suspect.

Jones has been in custody since a Metro by T-Mobile employee shot him April 23 at another store on Harvard Avenue at East 93rd Street, according to police reports and court records.

Surveillance video from the store showed Jones point a gun at the employee, police reports say. The employee, who told investigators he acted in self-defense and has a permit to carry a concealed weapon, was not charged in the incident.

The employee and the co-worker each told police that Jones came into the store and said he wanted to pay his phone bill. He pulled out a gun and told both employees not to move, police reports say.

One of the employees grabbed his own gun, and Jones threatened to kill him, police reports say. The employee fired three shots at Jones, who fell to the ground.

The employee kicked Jones’ gun away from him and asked the co-worker to call 911. Officers arrived to find Jones hurt on the ground behind the counter.

The surveillance video from the store was “extremely clear” and “mirrored” what the employee and his co-worker described, investigators wrote in police reports.

An ambulance took Jones to MetroHealth for treatment. He was later released and taken to the Cuyahoga County Jail.

A Cuyahoga County grand jury indicted him May 3 on charges of aggravated robbery, robbery and having weapons under disability. He pleaded not guilty at his arraignment, court records say

Joe Biden, Dylan Mulvaney and the Collapse of the West