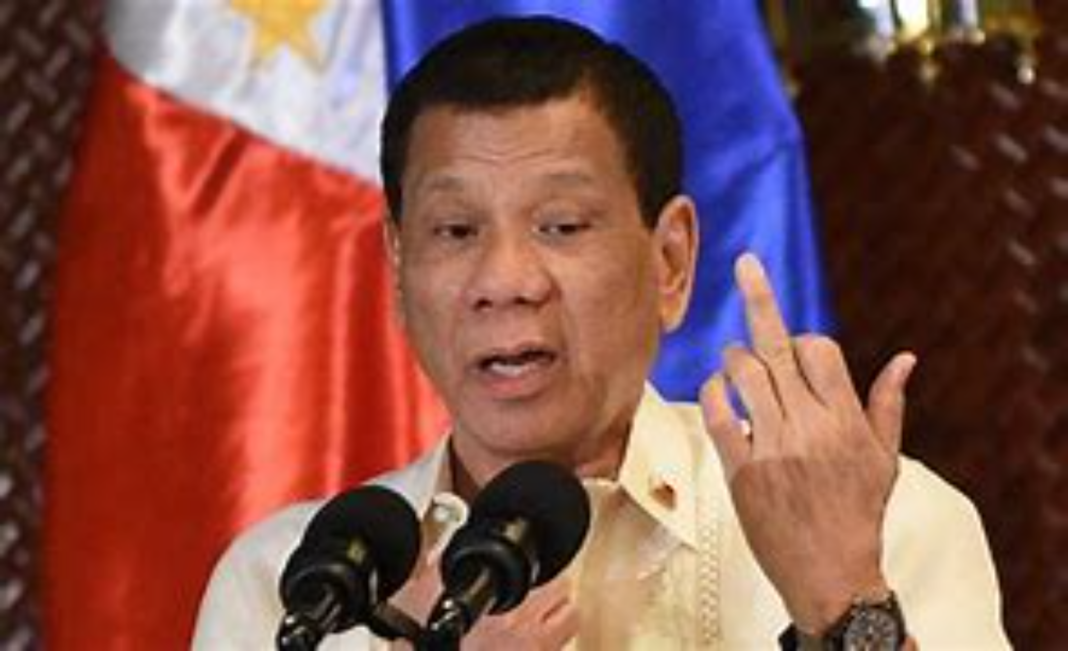 MANILA, Philippines — Philippine President Rodrigo Duterte on Saturday announced he was retiring from politics and dropping plans to run for vice president in elections next year, when his term ends, paving the way for his politician daughter to make a possible bid for the top post.

Speaking before reporters, Duterte said many Filipinos have expressed their opposition to his vice-presidential bid in surveys and public forums.

“The overwhelming sentiment of the Filipino is that I’m not qualified, and it would be a violation of the constitution,” Duterte said. “I will follow what you wish, and today I announce my retirement from politics.”

The 76-year-old leader, known for his deadly anti-drugs crackdown, brash rhetoric and unorthodox political style, earlier accepted the ruling party’s nomination for him to seek the vice presidency in the May 9 elections. The decision outraged many of his opponents, who have described him as a human rights calamity in an Asian bastion of democracy.

Duterte announced his surprise withdrawal from the election after accompanying his former longtime aide, Sen. Bong Go, who registered his vice presidential candidacy instead under the ruling party at a Commission on Elections center.

Philippine presidents are limited by the constitution to a single six-year term, and opponents had said they would question the legality of Duterte’s announced vice presidential run before the Supreme Court if he pursued it.

While two past presidents have run for lower elected positions and won after their terms ended in recent history, Duterte was the first to consider running for the vice presidency. If he did pursue the candidacy and win, that could elevate him back to the presidency if the elected leader dies or is incapacitated for any reason.

Duterte’s withdrawal could pave the way for the possible presidential run of his daughter Sara Duterte, who is currently the mayor of southern Davao city. She has been prodded by many supporters to make a bid to succeed her father and has topped independent public opinion surveys on who should lead the country next.

But after her father initially declared that he would seek the vice presidency, Sara Duterte announced she would not run for president, saying she and her father have agreed that only one Duterte would run for a national office next year.

Shortly after Duterte announced he was backing out from the vice-presidential run, his daughter filed her papers for reelection in Davao city, although speculation remains rife that she will eventually withdraw from her mayoral reelection bid and seek the presidency.

President Duterte took office in 2016 and immediately launched a crackdown on illegal drugs that has left more than 6,000 mostly petty suspects dead and alarmed Western governments and human rights groups. The International Criminal Court has launched an investigation of the killings, but he has vowed never to cooperate with the inquiry and allow ICC investigators into the country.

Duterte was a former longtime Davao city mayor, government prosecutor and legislator in a colorful political career that spanned more than three decades. He will be remembered by many for his extra-tough approach to criminality that earned him monikers such as “Duterte Harry,” after Clint Eastwood’s police character who had little regard for the law.

When he exits from politics, he would likely be hounded by lawsuits arising from his violent anti-criminality campaign. He cited that concern in July as one of the reasons he accepted the ruling PDP-Laban party’s nomination for him to be its vice-presidential aspirant.

A U.S.-based human rights group said Duterte would do everything in his power to support a friendly successor and would harness his lingering influence in retirement to shield himself from an array of potential criminal charges.

Duterte will back a candidate “who can give him that protection,” said Carlos Conde of Human Rights Watch. “Eluding accountability for human rights abuses is Duterte’s primary concern as his presidency winds down.”

Philadelphia: Teen Kidnapped From His Basement

Arizona: New Machines In Use for auditing

Capitol Police to Use military surveillance systems that is used for...