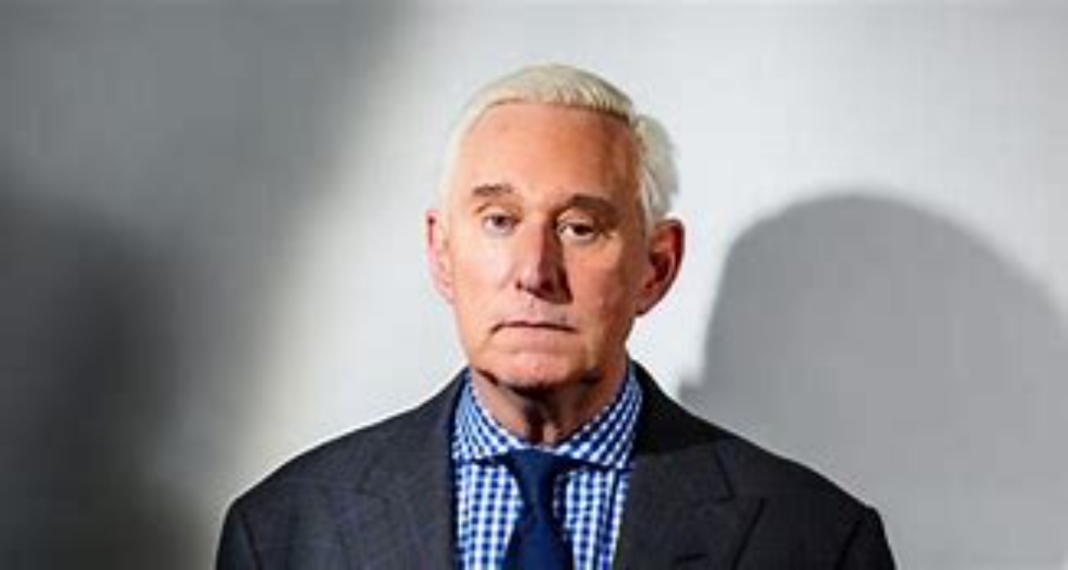 The American left is still apoplectic about the fact that President Trump was able to clearly see that I was targeted in a malicious politically motivated Witchhunt and charged with fabricated crimes by Robert Mueller and his thugs solely for the purpose of pressuring me to testify falsely against the President in an illegitimate impeachment proceeding. I refused.

The President recognized that I did not get a fair trial and was subjected to a Soviet-style show trial complete with a Trump-hating judge, a crooked jury Forewoman, a rigged jury, and prosecutors who not only hid exculpatory evidence from my lawyers but who defrauded the court multiple times during my trial. This is why the President had both the strength and the courage to commute my sentence and ultimately issue me an unconditional presidential pardon.

The blood lust on the left is the only plausible explanation for the recently recycled canard of claims that I was somehow involved in the illegal Actions of January 6.  None of this is new. ABC News, CNN, the New York Times, and the Washington Post all heavily implied this in their coverage immediately after the so-called “insurrection”. It was false then and it is false now.

Recently an LA Times legal columnist attempting to pose as a journalist predicted that my arrest for being the mastermind of the January 6 activities is imminent. The upshot is that, yet again, a phony, maliciously-contrived air of suspicion and purported misconduct is inflated around me as MSNC/CNN pseudo-news mouthpieces like a Harry Litman aid and abet the abuses of power by dressing themselves up as ‘legal analysts’, falsely bolstering their partisan machinations by misuse of official titles (like “Former US Attorney”) to fraudulently imply objectivity or some sort of non-political motives, as they churn out partisan spin for corrupt DOJ officials, disguised as factual reporting.

This distortionist Harry Litman is operating on the basis of conjecture, supposition, and smear, the same tactic used against me in the baseless Mueller Witch Hunt. The whole thing is a bogus recycle which I believe is designed to render ineffective my efforts to raise money for my wife’s cancer treatments which is unfortunately necessary since the Mueller witchhunt left my wife and I battered and broke. Even holistic and homeopathic cancer treatments are extraordinarily expensive. Patriots who want to help my wife wage this fight for her life can go to StoneFamilyFund.com

Adding to our burden is a harassment civil suit against us regarding back taxes in which every single assertion by the government is materially and provably false but sensationalized to imply my wife and I evaded taxes, which is categorically false.  It’s all designed to generate misleading headlines to smear us.

Restoring my wife’s health is my principal focus at this time and these false allegations are merely a distraction but the lies must be spelled out for the record. The left-wing fake news media is very much like what you see when one blackbird jumps off the wire and then all the other blackbirds follow suit. When a propagandist like Litman publishes a lie all the other propaganda organs like Salon, Mother Jones, and even their low rent cousins like Raw Story recycle the most despicable of falsehoods. The same people who claimed for two years that I was a Russian collaborator now roll out this new lie. How transparent.

The LA Times seeks to make something out of nothing by pointing out that in a video that has been in the public domain for months having been hyped by ABC News in five different online smears based on guilt by association, some patriot asked me what will happen on January 6 and I respond “we shall see” Needless to say this innocuous comment proves nothing.

Unfortunately, this latest smear appears to be a replay of the abuses of power that we saw with the Russian collusion nonsense, with partisan animus driving law enforcement, rather than any credible pursuit of real crimes. As with the Russia hoax, the contrived case is ginned up via the usual propaganda media tools using (presumably illegal) leaks from persons inside the DOJ, where the claims aren’t just outright made up or ulterior-motivated speculation posing as reporting, with the intent to buttress official overreach. As with any such dubious federal law enforcement abuses with partisan taint to them, the people being targeted are the last to find out what the federal hatchet men are trying to cook up against someone.

They only tend to reveal their hand by anonymous leaks to sympathetic if not complicit so-called journalists or commentators, for the purpose of fomenting the narrative they want ( and need) to get away with making much ado about nothing that will hamstring and harm troublesome opposition figures. What they don’t do is tell their targets anything, much less what they are plotting and scheming against the target.

Let me say it again, any statement, claim, insinuation, or report alleging, or even implying, that I had any involvement in or knowledge of the commission of any unlawful acts by any person or group in or around the U.S. Capitol or anywhere in Washington, D.C. on January 6, 2021, is categorically false.  And, there is no evidence to the contrary nor any witness who can truthfully and honestly testify differently. Period.

Please help support the Stone Family by giving at the  StoneFamilyFund.com