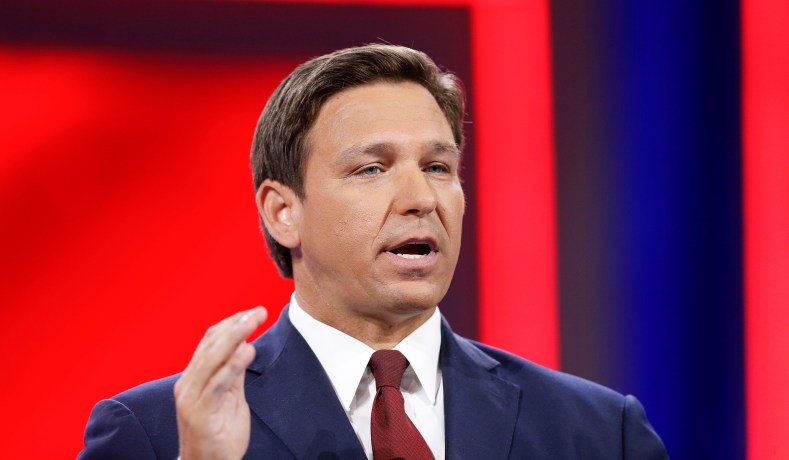 This time it’s Joy Reid of MSNBC coming for DeSantis’s scalp, and incredibly, she’s found something worthy of even more mockery than manufacturing a tendentious COVID-related scandal. Instead, Reid attempted, with the aid of Glenn Kirschner, to drag DeSantis’s name through the mud by implying that he’s at risk of being exposed in the still-developing Matt Gaetz sex scandal:

JOY REID: So, the question for Gaetz, because, obviously, Greenberg has to give somebody bigger than him. That would be Gaetz. Here is, at least per the reporting, the people who were on that Bahamas trip. Notice if you see somebody’s name that rings a couple of times. You had at least five women, per Politico. You had Gaetz. You had a guy named Jason Pirozzolo, the hand surgeon and GOP fundraiser to Ron DeSantis, who, apparently, Gaetz wanted to turn into the attorney general of Florida. There’s Halsey Beshears, a former state legislator and former appointed official in the DeSantis administration. If you’re Ron DeSantis, does this feel like it’s creeping closer to you? Because these are your friends. These are your allies.

GLENN KIRSCHNER: Yes, just as Greenberg’s lawyer said about Matt Gaetz when he left the courthouse the other day, he said, you know what, if I were Matt Gaetz, I don’t think I’d be all that comfortable right about now, you have to believe that DeSantis — I mean, these are his boys. These are his guys, right?

KIRSCHNER: We’ve seen the pictures. We’ve heard the stories. You have to believe that Ron DeSantis, if he has done anything wrong, feels like things are creeping closer and closer to him.

Curtis Houck of Newsbusters captured the clip for the masochistic among you:

Without any evidence, MSNBC’s Joy Reid and Glenn Kirschner insinuate that Ron DeSantis will be implicated in the sex trafficking ring with Congressman Matt Gaetz and Joel Greenberg involving drugs and hookers.

Kirschner: “[T]hings are creeping closer and closer to him. ” pic.twitter.com/kmJbrkhPeS

The totality of the theory is that because a few Florida Republicans are being investigated, the state’s Republican governor must be guilty of some similarly heinous crimes — and perhaps can even be assumed to be the mastermind behind it all. That’s it, that’s all they’ve got. There once was a time when basic decency, as well as a capacity for embarrassment, would have precluded Reid and Kirschner from smearing someone on national television like this. It’s a boon to DeSantis’s 2022 reelection effort and prospective 2024 presidential run that that time has long since passed.

Al-Qaeda: Guantánamo Bay’s inmate to be Released after the U.S. Approval