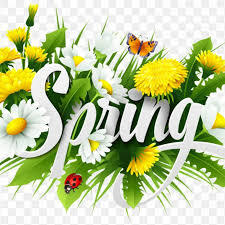 “This bill is huge—it’s 1.9 trillion dollars. That’s like a dollar for every email you got this year that started with, ‘In these challenging times…‘”
—Jimmy Fallon

UNPRESIDENTIAL: Joe Biden delivers major speech on coronavirus without once pointing to a pillow salesman and saying “get up here, say a few words”

“Texas today lifted their statewide mask mandate. Governor Greg Abbott said says he’s lifting the mandate against the advice of his own health experts because businesses and families in Texas ‘have the freedom to determine their own destiny.’ Unless, of course, you’re a woman who doesn’t want to be pregnant—then we will decide for you.”
—Jimmy Kimmel

“Over in the Senate, Merrick Garland was officially confirmed as Attorney General. You may remember Garland from when President Obama nominated him for the Supreme Court back in 2016, but the Republican Senate wouldn’t even bring it to a vote. I love it when a character from Season 1 pops back up in Season 5.”
—James Corden

Note: I’m overbooked for the Ides of March this year, so I’m afraid I’m going to have to do this to you now: [Stab!]  Try not to bleed on my new toga.  It’s cashmere.

Percent of the public who believe Republicans engaged in good faith efforts with President Biden: 23%

Increase in the U.S. death rate last year as a result of the Covid-19 pandemic, making it the deadliest year in U.S. history, according to the CDC: 15%

Percent of Americans 65+ who have received at least one vaccine shot: 60%

Letters in “hippopotomonstrosesquippedaliophobia, the fear of long words: 36

CHEERS to the right speech at the right time. President Biden stepped up to the lectern last night and got America up to speed on the coronavirus situation…the good, the bad, and the ugly:

The good: The American Rescue Plan Act is signed into law. $1,400 checks are coming, along with a slew of safety nets (including free COBRA and more financial aid for folks on Obamacare) for the poor and middle class.

Vaccines are way ahead of schedule. Everyone should be scheduled to get their shot by May 1, and small gatherings should be the norm by Independence Day. If we focus and don’t act like dicks, we can get through this.

Oh, and we landed a probe on Mars. Can you believe dat shit???

The bad: Over 527,000 Americans have died, and that’s gonna leave a helluva scar on our country.

We’re still not out of the woods—covid mutations, Anti-vaxxers and anti-maskers could still ruin everything, because that’s their mission in life.

The ugly: Violence against Asian-Americans is rising (because Trump OK’d it by referring to Covid as “The China Virus”) and has to stop.

Tucker Carlson is still on the air.

Marching orders: Wear a mask, wash your hands, practice social distancing, get the vaccine, endorse your $1,400 checks over to Bill in Portland Maine, do some laundry and maybe run the vacuum once in a while.

Bottom line: unlike his predecessor, for whom cable news networks held a four-year, 24/7 vigil for signs of a single moment of presidential behavior, no one last night—not even Van Jones or Fareed Zakaria—had to muse that “This was the moment Joe Biden truly became president.” We’ve known that since 12 noon on January 20th. Good call, America. Your checks are in the mail.

CHEERS to the Class of 2021. Nine worthy women were announced this week as inductees into the National Women’s Hall of Fame:

Former first lady Michelle Obama and soccer star Mia Hamm have been chosen for the National Women’s Hall of Fame as part of a Class of 2021 announced Monday that also includes former PepsiCo Chief Executive Indra Nooyi and retired Brig. Gen. Rebecca Halstead. Halstead commanded in combat as the first female commanding general at the strategic level in Iraq.

The National Women’s Hall of Fame inducts a new class every other year in Seneca Falls, the site of the first women’s rights convention.

See all of their amazing bios here. The formal ceremony will happen in October—in person, assuming the covid pandemic has been tamed. As usual, the inductees will receive 81 percent of whatever the inductees in the Men’s Hall of Fame get.

CHEERS to the little planet that tried but couldn’t. On March 13, 1930, astronomers informed the world they had discovered Pluto. Unable to handle the fame that followed, the ball of rock and ice with the eccentric (read: emotionally unstable) orbit ended up on the drunken-party circuit and was publicly canned:

Pluto and its moon Charon, which would both have been planets under the initial definition proposed Aug. 16, now get demoted because they are part of a sea of other objects that occupy the same region of space.

Earth and the other eight large planets have, on the other hand, cleared broad swaths of space of any other large objects.

“Pluto is a dwarf planet by the…definition and is recognized as the prototype of a new category of trans-Neptunian objects,” states the approved resolution. Dwarf planets are not planets under the definition, however.

CHEERS (or, if you hate it, JEERS) to emerging from the dark times. I know, I know…for many of you Daylight Saving Time sucks. In fact, research shows that for 40 percent of Americans, it takes a week or so to physically and/or mentally make the adjustment.  But up here in Maine, where global warming is a hoax, it’s a real shot in the arm to get that extra perceived hour of daylight, and well worth the excruciating childbirth-like pain of losing an hour of sleep.  So here’s the deal: make a note to turn your clocks ahead an hour Sunday morning.  Or better yet, make a note to tell someone else in your house to do it because you’re sick of always being the one who has to do it.

As usual, Democrats on Capitol Hill will help their Republican colleagues reset their pocket watches.  If left to do it themselves, they won’t stop until they’ve turned ’em back fifty years.

CHEERS to home vegetation. Here are some of the glowing-screen haps this weekend. Chris Hayes and Rachel Maddow will digest the Friday news dump(s) between 8 and 10 on MSNBC, including more reaction to President Biden’s speech last night. On the lighter side, the CW airs new episodes of Whose Line and Penn & Teller: Fool Us.  At 10 on HBO, Bill Maher’s guests for Real Time are Annabelle Gurwitch, Scott Galloway, and Larry Wilmore.

The most popular home videos, new and old, are all reviewed here at Rotten Tomatoes. The NHL schedule is here and the NBA schedule is here. NBC airs coverage of the Player’s Championship—aka the “fifth major”—from TPC Sawgrass, home of the famous “island hole.” On 60 Minutes: a report on St.  Louis’s first Black prosecutor Kim Gardner, and an update on the various coronavirus variants. Homer tries to get his favorite childhood band back together on The Simpsons while Peter and Chris get addicted to free hotel breakfast buffets on Family Guy.

Sunday night John Williams will win his 431st Grammy Award (just kidding—actually it’s only his 240th) for his score to Star Wars: Rise of Skywalker, and Rachel Maddow’s a good bet to win the Best Spoken Word Grammy Award at the—[checks notes]—63rdGrammy Awards on CBS, hosted by Trevor Noah. And finally, John Oliver tucks us in at 11with another horrifyingly-real bedtime story on HBO’s Last Week Tonight.

JEERS to the excuse to end all excuses.  According to Newt Gingrich, wrapping yourself in your mistress is the same thing as wrapping yourself in the American flag.  Newt, you’ll recall, cheated on no fewer than two spouses, one of them while suffering in the hospital with cancer.  When asked about it on the Christian Bamboozle Network, The Pasty One said that his philandering was the ultimate act of patriotism. Yes, he loves his country so much that he’s willing to put all his brainpower into it, leaving none left over for things like, oh, morality and those pesky Ten Commandments that he clings to.  But if he’s serious about going after the presidency, he’s gonna have to step up his game.  If he can’t carve out some extra time to steal wheelchairs from the elderly and rob some inner-city food pantries, then he’s nothing but a a poseur patriot.  The world is watching, old man.

CHEERS to America’s favorite dancing Grandma. What a joy to be able to wish another glorious Happy Birthday (and many blessings on your camels) to retired seamstress and school volunteer Virginia McLaurin, born in 1909 and survivor of two world wars and two pandemics. What do you do when you turn 112?  Of course, you boogey down, like this…

Virginia was born twelve years before women could vote, thus giving these words of hers from a couple years ago all the perennial weight of a two-ton voting booth: “Please go vote. Go vote. If you don’t do anything else, if you have to crawl, go to the poll, then vote.” It’d be nice if Congress and President Biden won’t have to include a “no mandatory crawling to the polls” provision in their voter rights legislation. But given how Republicans are behaving these days, you can’t be too careful.