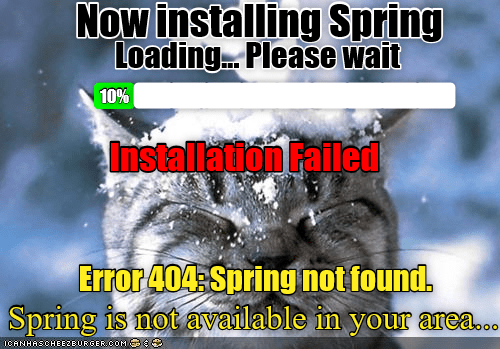 “Former media influencer Donald Trump will not testify at his impeachment trial. … He’ll be defended by the lawyers who refused to prosecute Bill Cosby, and who agreed to represent Jeffrey Epstein before his death. Which raises the question: what does Trump think he’s being impeached for?”
—Colin Jost, SNL

“Usually presidents age because of the stress of the job. Obama went gray. George W shrunk like three inches. It’s a hard job if you do it. Not Trump—he looks the same. But, good lord, he put a beatin’ on us. We’re all older. Even the Statue of Liberty got crow’s feet.”
—Wanda Sykes on Jimmy Kimmel Live

“Marjorie Taylor Greene, who looks like the mug shot of a former child star…apologized for her previous remarks, saying 9/11 absolutely happened. And to honor that day, Greene plans to hijack and crash the Republican party.”
—Michael Che, SNL

Note: I’m told that today is “Clean Out Your Computer Day.”  So far I’ve picked enough crumbs out of my keyboard to re-assemble a chocolate chip cookie and six Doritos, and enough dog hair to knit a three-foot-long scarf. And that was just under the SHIFT key.

Percent of Americans polled by Gallup who say they’ll get the Covid vaccine, a new high: 71%

Percent by which double-masking can prevent the transmission of Covid-19, according to a new report from the CDC: 95%

Minimum number of Republicans who have left the party in 25 states since the January 6 Trump-incited insurrection at the Capitol: 140,000

Portion of Americans polled by Quinnipiac who blame Trump for the insurrection: 6-in-10

Percent of annual flower sales that happen on Valentine’s Day, which is Sunday: 30%

Age of Rock and Roll Hall of Fame nominee Carole King’s legendary album Tapestry as of this week: 50

Puppy Pic of the Day: Giddy up…

CHEERS to #16.  Happy birthday, Abe Lincoln, who turns 212 today.  It’s no surprise that he’s considered by many to be our greatest president, including the 721 historians and political scientists who contributed their opinions to the book, Rating the Presidents:

Our poll rates the category of Lincoln‘s Character and Integrity the highest of any president’s.

The poll also lauds his appointments. … His steady leadership, rated second among presidents [after FDR], kept the Union cause alive during the Civil War’s darkest days for the Union.  Our experts describe this with remarks like “took America through its greatest crisis,” “great moral leader,” [and] “had broad strategic vision and a poet’s wisdom.” … He possessed qualities of kindness and compassion.

Lincoln also had the wisdom of magnanimousness in victory, especially needed for the national healing after the Civil War.  Many of the men reaching the august office of the presidency have lacked these simple but uncommon virtues, which play so important a part in governing a nation.

And he had a few choice words that seem aimed directly at the impeached, disgraced leader of the red-hatted cultists:

“Better to remain silent and be thought a fool than to speak out and remove all doubt.”

“He can compress the most words into the smallest ideas better than any man I ever met.”

“How many legs does a dog have if you call the tail a leg? Four. Calling a tail a leg doesn’t make it a leg.”

Pay your respects here.  Today is also the 212th birthday of evolution guy Charles Darwin—aka Darwin Day. The creationism crowd, which spends most of its time mocking the idea that we evolved from chimpanzees, will spend their day the usual way: flinging poo and picking fleas out of each other’s hair.

JEERS to the gallery of rogues. It can’t be said enough how brilliantly the Democratic impeachment managers have presented an airtight, open-and-shut case against President Trump for inciting the January 6th insurrection against the people of the United States. The facts are clear and overwhelming. The president’s sinister, months-long plot to steal the 2020 election—violently, if necessary—is plain for all to see. And after feeling the cascade of evidence rain down on them like God’s tears after watching the Bucs beat the Chiefs, C&J asked some of the presumably-gobsmacked Republican senators to describe the experience that has surely changed their minds in favor of conviction:

“Have you ever played with a fidget spinner? Omigod they are so amazing how they go ’round and ’round and such.”

“I finally got around to reading Atlas Shrugged. Boy oh boy, now I know why Paul Ryan has a poster of Ayn Rand in a swimsuit on the ceiling in his bedroom!”

“Look—I drew a pitchure of dogs playing with a bone.”

“There’s a water stain on the ceiling. Someone should call maintenance.”

“Church…steeple…open the doors…see all the people! They’re my fingers, see?”

A republic. If we can keep it.

CHEERS to New Years Day, Part Er.  Today marks the start of the Chinese New Year—the year of the ox. You know who’s an ox? Former President Obama, who was born in1961, making him a proud member of the herd:

People born in the Year of the Ox are the supremely self-assured, and as a result are noted for inspiring confidence in others. Generally patient and thoughtful, they measure their words, and will speak clearly and concisely often when it matters most.

Born to lead, Ox people can be quite stubborn—but also stubbornly loyal to those they love.  However, when opposed, their fierce tempers are legendary.  So always follow this very wise advice: never cross an Ox!

It also says that the ox gets along with rats and snakes. In other words, uniquely suited for politics.

CHEERS to women on the move. 101 years ago Sunday, the group that Republicans today call “that damned nuisance”—The League of Women Voters—was founded in Chicago under the direction of president Maud Wood Park.  It still amazes me how hard women had to fight for basic equality in the land of “Liberty and justice for all.”  I guess we’re just slow learners when it comes to complicated, high-falutin’ words like “all.”  And while we’re on the subject, happy early 201st birthday to Susan B. Anthony:

”There never will be complete equality until women themselves help to make laws and elect lawmakers.”

“I distrust those who know so well what God wants them to do, because I notice it always coincides with their own desires.”

“Oh, if I could but live another century and see the fruition of all the work for women! There is so much yet to be done.”

We got her birthday present a wee bit early this year: the swearing in of Kamala Harris as our first woman Vice President. Sorry it took so long, ma’am.

CHEERS to home vegetation. The big TV news of the weekend is John Oliver’s triumphant return for another season (his 8thalready???) of Last Week Tonight on HBO. God only knows where he’ll plant his shovel first. But first, things get started tonight with Chris Hayes and Rachel Maddow. Then at 10, HBO’s Real Time features Rep. Adam Kinzinger (R-IL), Steve Schmidt of The Lincoln Project, and some hippie slacker blogger by the name of Markos Moulitsas. (If I put his name in bold he gives me an extra spoonful of gruel for dinner.)

The most popular home videos, new and old, are all reviewed here at Rotten Tomatoes. The NBA schedule is here and the NHL schedule is here. Regina King hosts SNL. Sunday on 60 Minutes: how the Russians outsmarted our cyber defenses (Hint: they put Trump in charge of our cyber defenses), Simone Biles weighs in on the summer Olympics, and Bill Gates unleashes the tree-hugger within. Bart discovers his old teacher’s diary that reveals “a surprising secret” on The Simpsons at 8…or you can watch Kellyanne Conway’s daughter try out on the season premiere of American Idol (ABC)…but why??? And then the weekend wraps up with the aforementioned Last Week Tonight at 11. Goody goody.

JEERS to problems that ain’t gettin’ solved anytime soon.  Americans were asked by Gallup to list their major concerns, and the top three are: jobs, the economy and health care.  Said House leader John Boehner: “We hear you loud and clear: abortion, abortion and abortion. Got it.”  Someone needs new batteries for his BelTone.

BE MY DOGFACE PONY SOLDIER

MASK GOES OVER THE NOSE, LOVERBOY

What can we say? That’s amore.

Darrell Brooks:Terrorist Responsible for the Killing of Dozens in Waukesha