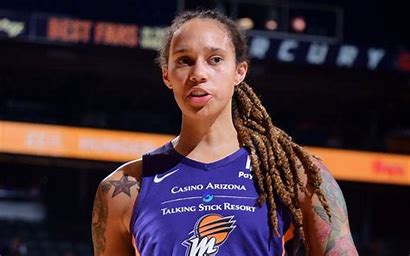 Left-wing anthem-hater Brittney Griner was just released from prison. And while Biden is taking a “victory lap,” the American people are furious. Fox News reported that Brittney Griner was arrested in February before the start of the Russia and Ukraine war for bringing in vape cartridges containing oils derived from cannabis through a Moscow airport as she was returning to the country to play for a basketball league in the country.

About 10 months later, just weeks before the Christmas holiday, Griner is coming home.

“Moments ago I spoke to Brittney Griner,” the tweet read. “She is safe. She is on a plane. She is on her way home.”

Griner was arrested at Sheremetyevo Airport in Moscow on Feb. 17 after Russian authorities said she had vape cartridges with cannabis oil inside her luggage. On Aug. 4, Griner was given a nine-year sentence after pleading guilty, arguing that she had been prescribed cannabis for her pain and inadvertently packed it. Her sentence was upheld in October, and she was later transferred to a penal colony.

Bout is known as the “Merchant of Death” and the possible swap for him was floated back in May. He was in the middle of a 25-year sentence in federal prison after he was convicted of conspiracy to kill Americans relating to the support of a Colombian terrorist organization.

He was dubbed the “Merchant of Death” because of his notoriety for running a fleet of aging Soviet-era cargo planes to conflict-ridden hotspots in Africa. His dealings inspired the Nicolas Cage film “Lord of War.”

Meanwhile, US Marine Paul Whelan, another American imprisoned in Russia, was not a part of the swap. He has been jailed on espionage charges that his family and the U.S. government have said are baseless.

And now, rumors are flying that the Biden admin is lying about the Marine. That’s what independent journalist Jordan Schachtel said today.

Here’s what Jordan said in a tweet: “Biden Admin appears to be lying about Griner trade. They had the option to choose Whelan and declined.”

Biden Admin appears to be lying about Griner trade. They had the option to choose Whelan and declined.

President Trump is disgusted over this “stupid” swap, and said as much in a fiery Truth Social post:

How long till other countries realize that they too can take total advantage of the United States and get whatever lopsided trade they could want by simply kidnapping, harassing, and wrongfully imprisoning Americans abroad?

Many Americans are furious.

Imagine handing over one of the biggest terrorist in the world to Russia – for a photo op with someone who hates your country.

Blogger Matt Walsh knows why the US Marine was left behind:

They didn’t trade for Griner because she’s in the WNBA. Nobody cares about that. They traded for her because she’s gay and black. She had more intersectional points than the other American prisoners so she moved to the front of the line. That’s the way the system works now.

And Matt’s right…Look what Politico said:

They pushed for Brittney Griner’s release before Marine, Paul Whelan, because she’s a “gay, Black woman” who plays basketball.. pic.twitter.com/MtAuiDlBSE

Here’s the first video of the prisoner swap:

JUST IN – First footage of prisoner swap between Russia and US of Griner and Boutpic.twitter.com/ZVu4eoajZ2

Here’s what people are saying online:

“Leaving retired U.S. Marine Paul Whelan imprisoned in Russia. Whelan has been in Russian custody for nearly four years. He was convicted on espionage charges that the U.S. has called false. Disgusting…”

“Yep. So why didn’t he make the deal sooner? Why hasn’t he made deals for our other citizens held there?”

“So, the lefty who hates America is freed, but the US Marine is still there. Makes total communist sense.”

“You are an absolute disgrace”

“So we left the other American who’s been there FOUR YEARS, gave Russia their arms dealer back, and all we got was an anthem kneeler that can’t pack a suitcase without putting drugs in it?”

“VP Kamela Harris is in this photo. When she was AG in California she was responsible for locking up hundreds of non violent offenders for weed. When asked about it in an interview she laughed about it.”

“You are the most partisan, political, pos”

“Hope this changes her view on America, but I doubt it”

This is starting to feel like Obama’s Bowe Bergdahl fiasco on steroids.