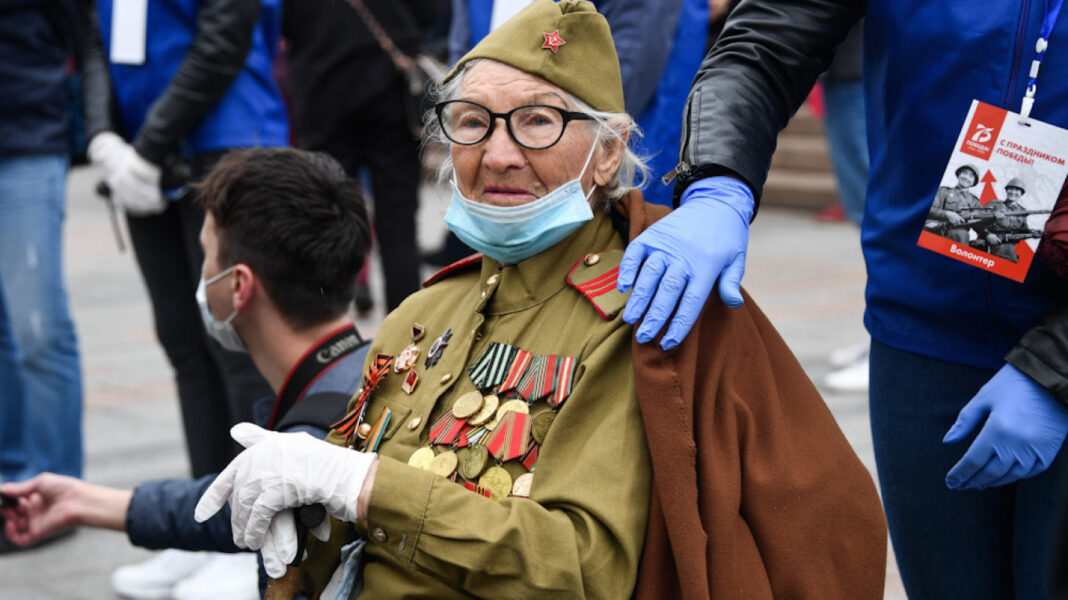 Russian lawmakers on Wednesday passed a bill that bans insults against World War II veterans, with offenders facing possible sentences of up to five years in jail.

The move came after a judge last month ruled that jailed opposition politician Alexei Navalny was guilty of defaming a World War II veteran who was among a group of Russians President Vladimir Putin’s top domestic critic called “traitors” for appearing in a pro-Kremlin video.

On Wednesday, the lower house State Duma announced that it had increased penalties for justifying Nazism and introduced punishment for “public dissemination of knowingly false information” about World War II veterans.

“It is unacceptable to insult those who defended the Motherland,” Vyacheslav Volodin, State Duma speaker, said in a statement.

“It is our duty to protect the memory of our grandfathers and great grandfathers, thanks to whom we are alive today.”

The Soviet victory against Nazi Germany in World War II is a revered national holiday in Russia.

Kremlin critics have accused Putin of exploiting the country’s victory in the war to boost his personal power.

The State Duma said that insulting World War II veterans would now be “equated with the rehabilitation of Nazism.”

It said the crime would be punishable by up to 3 million rubles — up from 300,000 rubles — or three years in prison.

Publicly humiliating the dignity or honor of veterans and desecrating symbols or showing “obvious disrespect” to the days of Russia’s military glory will be punishable by up to 5 million rubles or five years behind bars.

Justifying Nazism, which was previously banned for officials and the media, will now also be banned for anyone online, carrying a punishment of up to five years in jail.

In steps that are considered formalities, the legislation now needs to be approved by the upper house Federation Council before Putin signs it into law.