“Hello, I’m a doctor from the Covid team. Going to do initial check-ups,” one chatroom member writes. He outlines where in the Siberian city of Krasnoyarsk he needs to do house visits and waits for the ping of a response.

The chat group “Drive a Doctor” on Viber currently connects around 30 doctors from state hospitals with hundreds of volunteers willing to drive them from patient to patient, often for hours on end. It has been buzzing with notifications – and positive energy – since the end of October, when it was created by journalists from a local television channel. The chat was inspired by a similar group in neighboring Irkutsk.

“I didn’t believe until the very last moment that it would work,” one of the doctors, Elena Kolchina said of her request for help in the chat. “After all, we doctors have gotten used to just relying on ourselves. Suddenly this young girl arrived and said she’d drive me. I almost threw my arms around her neck in happiness,” she told DW in a phone interview.

“The thing is, in comparison to the first wave of coronavirus, the second one isn’t a wave. It’s more of a tsunami.” Kolchina estimates that the number of patients requiring care at home has doubled. In part that is because many COVID-19 cases and suspected cases are receiving treatment and testing at home.

In Krasnoyarsk, a city of just over a million people, doctors say hospitals often don’t have enough vehicles to cover the huge number of house calls they are doing. So without help from the volunteer drivers, the doctors would have to walk to reach their patients – in full protective gear and in temperatures that have fallen below zero.

Several of the drivers tell DW they have been working 10 or 12-hour days along with the doctors, who they say are “the real heroes.” Many volunteers need coaxing to allow us to use their names – out of modesty. One of them is Valentina Briukhanova (see header photo). The 40-year old works in the city administration and has been volunteering for over a week, in her vacation time.

“I saw messages from my friends saying they were waiting for doctors for days on end. And every day I saw the rising coronavirus numbers. I understood that doctors aren’t managing to deal with the onslaught of sick people, so I decided to help,” Briukhanova says in a message. “Every day the nurses and doctors tell me that if I didn’t drive them, they wouldn’t have gotten to many of their patients at all.” Recently people in the city have started recognizing the drivers and bringing them and their passengers food and drinks.

Read more: Coronavirus trend: The pandemic is far from over 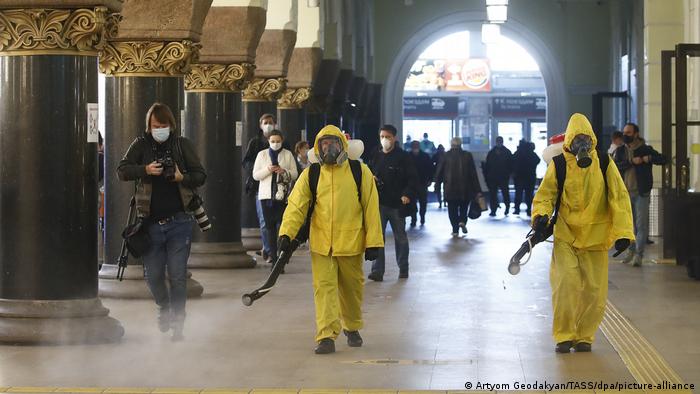 Russia has so far shied away from introducing a national lockdown, instead introducing limited protective measures

Russia has the fourth highest number of coronavirus infections worldwide. On Friday, the country broke the 20,000 mark for daily new infections. The Kremlin’s spokesperson, Dmitry Peskov, said the situation is “tense” but “under control,” while admitting “mishaps” in Russia’s regions.

Boris Ovchinnikov, one of the founders of the “Data Insight”, an e-commerce research agency, believes that case numbers outside of the capital are likely “five or 10 times higher” than the official statistics show – though he says numbers for Moscow, which has seen about a quarter of current cases, are likely quite accurate. Ovchinnikov has been using search engine data on losing your sense of smell, a common сoronavirus symptom that is rare in other infectious diseases, to calculate the spread of COVID-19 across Russia. The data analyst says the method is independent of current testing levels and of “the level of honesty of individual regional authorities.” On Thursday a representative of the Russian Health Ministry said up to 40% of coronavirus tests could be showing false results.

Ovchinnikov particularly points to Siberia as facing the “most dramatic situation” in the country. In the Siberian city of Tomsk, a local journalist reported that people were being offered seats at a hospital, because there are no more beds. In Omsk, the Minister of Health was recently fired after several ambulance workers drove seriously ill coronavirus patients right up to the ministry, in protest at failing to find a free hospital bed for them. 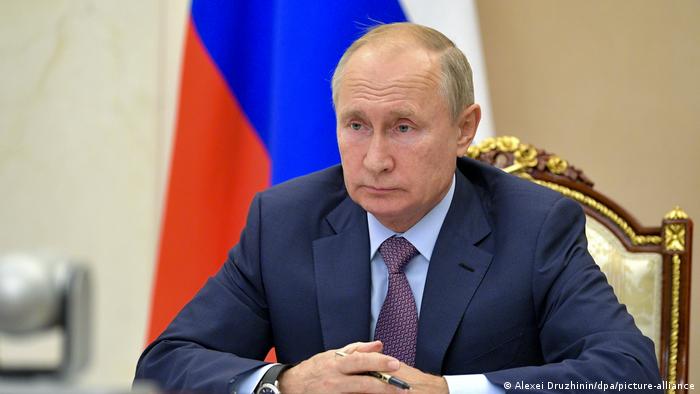 The Krasnoyarsk region, which has a population of just under 3 million, is no exception. Official coronavirus statistics place it in the top 10 of Russia’s most affected regions, with a total of just under 29,000 infections and around 700 deaths.

Last week, Russian Deputy Prime Minister Tatyana Golikova said the situation is “critical” in 16 of Russia’s regions, including in Krasnoyarsk – because at least 90% of hospital beds are currently occupied there. Activist Anastasia Korsakova, the coordinator of the opposition politician Aleksei Navalny’s headquarters in Krasnoyarsk, thinks 90% is an understatement of the catastrophic situation in the region. She insists instead there are no beds left there at all.

As if to avoid further negative headlines, the Ministry of Health last week banned medical personnel from publicly commenting on the coronavirus situation without official permission. 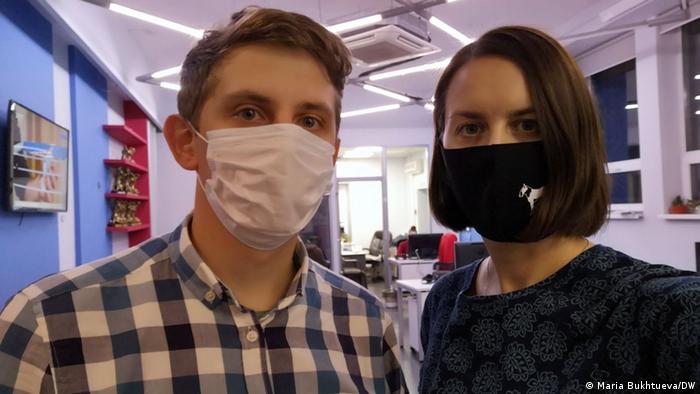 Journalist Maria Bukhtueva, one of the creators of the Krasnoyarsk chat connecting drivers with doctors, says the fear among medics is palpable. “A lot of people here have had to make a choice, including the doctors. Should they accept the help [being offered in the chat] and by doing so admit that something is wrong with the system? Or should they stay silent and pretend that everything is alright?” she comments over the phone.

The volunteer drivers are also battling their own fears and taking a personal risk, even if the doctors provide them with protective gear . After all, even doctors who aren’t in delegated coronavirus teams are coming in contact with suspected COVID-19 cases.

“People’s desire to help has become a basic need,” Bukhtueva says. “There is a sense that there is almost a war going on. A war with the coronavirus.” 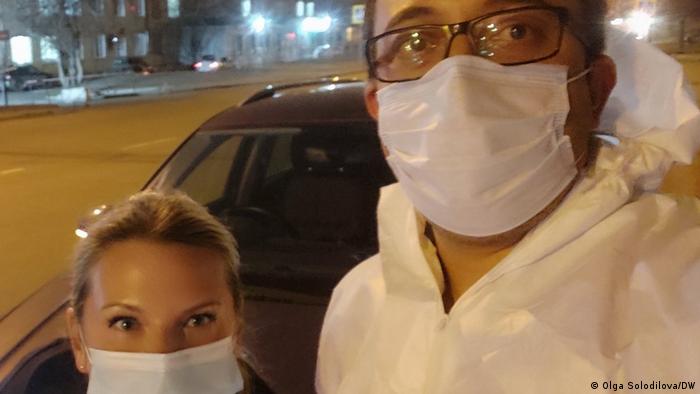 The volunteers agree. All of them admit they are afraid of getting sick. “You can get infected anywhere, at the supermarket, on public transportation, outside, wherever. So being scared is pointless,” says Roman, a 33-year-old engineer. Viktor Alekseev, another driver, says: “We all know perfectly well that we can get sick. But knowing that you are healthy for now and can help a lot of people instead of sitting at home and waiting for disaster to come knocking, that forces you to get your act together every day.”

Many of the drivers explain they want to keep politics out of what they are doing.

“As a child I was told that if a car gets stuck, everyone needs to get out and help push it,” Valentina Briukhanova says. “You don’t try to figure out why it’s stuck or whose fault that is. You just have to act.”