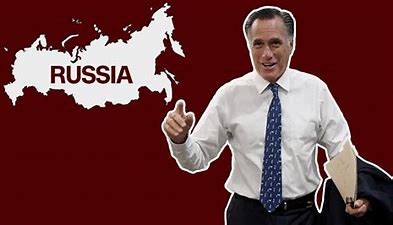 There are two related arguments right now that everybody needs to shut up and get behind Joe Biden. One is that a national crisis is no time for partisan politics. See, for example, Democratic senator Brian Schatz:

It is more essential than ever that we rally around our President as he leads the free world in response. If your instinct is to try to turn this into a partisan political advantage or a viral tweet, step off the stage.

Forgive me if I don’t put much stock in this sort of rhetoric, as the people pushing it not only never seemed to apply the same standard when a Republican was in power during a foreign crisis, but also are not much interested in refraining right now from criticizing Republicans. They just want their side exempted.

The other argument is that the invasion of Ukraine is Vladimir Putin’s fault — no argument on that here — and therefore it is somehow blaming others to critique the leadership failures in the United States, Ukraine, Germany, France, and elsewhere that failed to deter Putin. Now, I will endorse this view when it applies to people actually siding with Putin’s arguments. But there is nothing at all wrong with calling out your own side’s failure to deal adequately with evil men. Our histories of the march to the Second World War are full of criticisms of people other than Adolf Hitler, without for an instant relieving Hitler of his moral responsibility.

In that vein, consider Mitt Romney’s statement on the invasion, which includes the line, “Putin’s impunity predictably follows our tepid response to his previous horrors in Georgia and Crimea, our naive efforts at a one-sided ‘reset,’ and the shortsightedness of ‘America First.’ The ‘80s called’ and we didn’t answer.” The “80s called” line is a wholly deserved callout of Barack Obama’s 2012 mockery of Romney for calling Russia our chief geopolitical foe. That mockery was amplified at the time by Joe Biden, in terms that are cringeworthy to read this week. Romney’s statement as a whole reflects the gravity of the moment, but he is very much entitled to his I-told-you-so about the Russian threat, and he should take it.

Conservative media calls on Gen X to save us from ‘cancel...