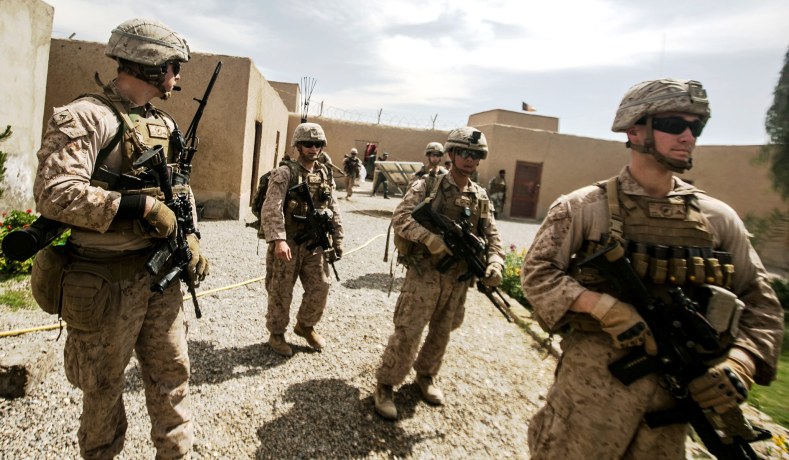 Well, well, well. Just hours after Joe Biden finally announced his big decision on Afghanistan, and minutes before sanctions on Russia were updated, news outlets are reporting that U.S. intel has low confidence in the story that Russia was paying for bounties on U.S. troops in Afghanistan.

You may remember the Russian bounties story from not one, but two successive New York Times election-year exclusives. It held that United States intelligence officials “have concluded that a Russian military intelligence unit secretly offered bounties to Taliban-linked militants for killing coalition forces in Afghanistan.” The story, filed by three Times reporters (and expanding to five in the follow-up), led immediately to cries of “treason” against former president Trump.

The sourcing for that story always seemed weak, despite the confident prose used by the Times reporters. The political logic of the story made little sense: If Russia disliked U.S. presence in Afghanistan and our use of the Bagram Air Base, why would it pay the Taliban, who had stopped shooting at us, to take actions that could redouble our resolve to stay? There was also the timing of the story, not just in an election year, but seemingly released at a time to make Trump’s decision to pull troops out of Afghanistan seem maximally suspect or humiliating.

One might detect that there was a certain motif, or a campaign, at work last year. The Russian bounties story was the summer edition. In the fall, The Atlantic reported that Trump called troops “losers” and “suckers.”

If you didn’t draw the conclusion yourself, the news veterans were always there to help you:

It’s not hard to see a direct through-line between Trump’s attitude toward fallen service members and his relative silence about bounties that Russia offered for the deaths of US soldiers in Afghanistan. https://t.co/c5DqpP5c1T pic.twitter.com/GpCLh7kUyy

Or the political flaks who pretend to be media people:

This might seem more credible if Trump did a single thing about US intelligence reports about Russian bounties to kill US troops that were acted upon. What about those? https://t.co/qE8EvDQ5U2

This is what liberals think “Swiftboating” is. And they’re not above doing it themselves.

But of course, such a story, if not in some way retracted, would embarrass President Joe Biden. Republicans who aren’t sure about withdrawal from Afghanistan could point to it and ask whether the new administration was giving in to intimidation from the Kremlin. So, the story now goes away. Now that he’s out of office, we can admit it was fake news after all.

Talk of the Deep State can feel conspiratorial. But this little saga was exactly that. People in the intelligence community worked up a just-so story and fed it into the partisan frenzy machine to frustrate the will of the elected president and humiliate him in an election year. The prestige media dutifully played its role and expressed no skepticism about the story until after the election. Then, they turn around and tell us that disinformation on social media is a threat to democracy, and the news outlets they dislike should be banned from sharing stories they dislike.

Apparently, the intel sources that play with New York Times journalists don’t think lying about a nuclear-armed Russia in this way is dangerous, or that enflaming American public opinion against Russia is, either. That’s another curious part of this story, isn’t it? Should you then believe people who played this game and still think of Russia as America’s chief geopolitical rival? I don’t think you should.