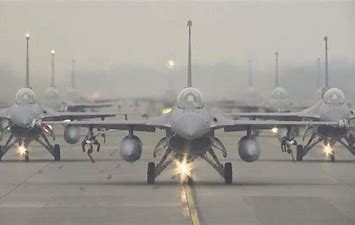 With the eyes and hearts of the world fixed on Russia’s ruthless, bloody attack on Ukraine, China sees the invasion as a dress rehearsal for how it might occupy Taiwan, a move that could come within the next five years but with distinct strategic and tactical differences.

Russia’s game plan was to swiftly overtake Ukrainian territory with little resistance from the local population. When that failed, and after they’d more or less drained their arsenal of precision weapons, it resorted to the relentless and indiscriminate bombing of a civilian population hunkered in their homes, schools, hospitals, theaters and train stations.

China, with the largest active military in the world, is the undisputed powerhouse in the Indo-Pacific region and can move on Taiwan with virtual impunity. China is the global leader in advanced weapons programs, including hypersonic missile development. Its practice of building artificial islands in the South China Sea and its Belt and Road Initiative not only nudge it closer to Taiwan, they secure the crucial resupply lines that Russia, to its peril, failed to implement in Ukraine

As a NATO neighbor, Russia’s invasion of Ukraine sent a shiver through European member countries. Within a month, they’d slapped on a stinging series of financial sanctions that have sent the Russian economy hurtling backward toward Soviet-era deprivation. China has no NATO-like opposition and has options that Russia doesn’t possess, including the ability to have an economic relationship that’s not subject to dollar diplomacy and is almost impossible to separate from the U.S. financial system.

Rather than resorting exclusively to brute military force, China is waging a Cold War 2.0 that incorporates cyberattacks, social and legacy media manipulation, the ability to control and disrupt the global supply chain and a capability to pinch off foreign businesses from the country’s 1.4 billion consumers. The supply chain upheavals triggered by China’s response to the COVID-19 pandemic provide a preview of how things will play out when it determines the time is right to invade Taiwan.

When that die is cast, it won’t be Ukrainian oil, natural gas, wheat and corn that fall into short supply. Taiwan makes 92% of the world’s most advanced computer chips, according to Boston Consulting and the Semiconductor Industry Association, without which life as we know it would screech to a halt.

China has publicly stated its aspiration to become the world’s prevailing superpower by 2049. The truth is that Beijing has already achieved that goal. As a result, the fate of Taiwan is a foregone conclusion, and, from my previous vantage point working within the White House National Security Council, officials in Washington have already accepted that outcome privately.

As autocratic regimes, both China and Russia are incentivized to fracture our social and political systems and undermine the democratic principles upon which the U.S. was founded. While bombs will continue to fly, the real war will be waged between dictatorship and freedom with the outcome determined on the information battlefield.

Canada: Hunts For Missing Residents of a Town Destroyed by Wildfire