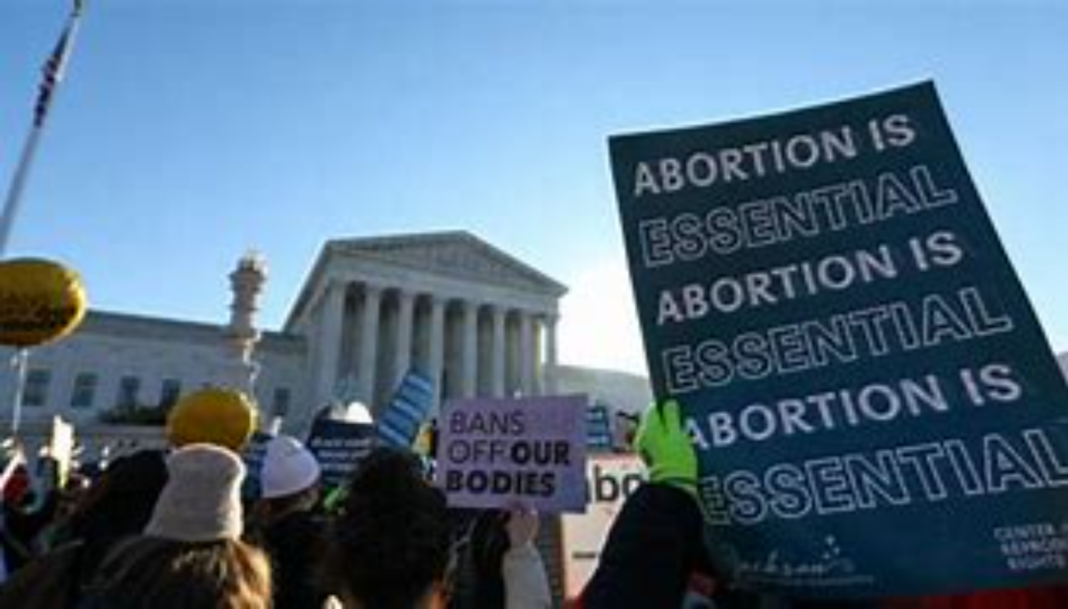 The U.S. Supreme Court is allowing abortion providers to challenge the restrictive Texas abortion law and dismisses a Justice Department challenge to the law. Below are key excerpts from the ruling.

In an 8-1 ruling, the Supreme Court decided that abortion providers can challenge the Texas law, but only Texas licensing officials can be sued, not anyone else like the state’s Attorney General. The court also ruled that the law, which effectively bans abortions after six weeks of pregnancy, will remain in place as these legal challenges play out. As Justice Neil Gorsuch, who wrote the court’s opinion, concluded:

“The Court granted certiorari before judgment in this case to determine whether, under our precedents, certain abortion providers can pursue a pre-enforcement challenge to a recently enacted Texas statute. We conclude that such an action is permissible against some of the named defendants but not others.”

Justice Clarence Thomas was the lone dissent, arguing that the abortion providers should not be allowed to sue anyone

“The irony of this case is that S. B. 8 has generated more litigation against those who oppose abortion than those who perform it. Respondent Clarkston, a state-court clerk, reports that only three S. B. 8 complaints have been filed in the State of Texas, none of which has been served. Brief for Respondent Clarkston 9–10. The private litigants brought those actions only after a San Antonio doctor performed a postheartbeat abortion and openly advertised it in the Washington Post. See A. Braid, Why I Violated Texas’s Extreme Abortion Ban, Washington Post, Sept. 19, 2021, p. A31, col. 2. Opponents of abortion, meanwhile, have been sued 14 times in the Texas state courts, including by some of the very petitioners in this case. See Brief for Respondent Clarkston 10.4 Petitioners cast aspersions on the Texas state courts, but those courts are not dawdling in these preenforcement actions. The Texas courts held summary judgment hearings on November 10 and entered partial judgment for the abortion providers on December 9. See Van Stean v. Texas, No. D–1–GN–21–004179 (Dist. Ct. Travis Cty., Tex., Dec. 9, 2021). Simply put, S. B. 8’s supporters are under greater threat of litigation than its detractors.”

“The clear purpose and actual effect of S. B. 8 has been to nullify this Court’s rulings. It is, however, a basic principle that the Constitution is the “fundamental and paramount law of the nation,” and “[i]t is emphatically the province and duty of the judicial department to say what the law is.” Marbury v. Madison, 1 Cranch 137, 177 (1803). Indeed, “[i]f the legislatures of the several states may, at will, annul the judgments of the courts of the United States, and destroy the rights acquired under those judgments, the constitution itself becomes a solemn mockery.” United States v. Peters, 5 Cranch 115, 136 (1809). The nature of the federal right infringed does not matter; it is the role of the Supreme Court in our constitutional system that is at stake.”

In a separate, but accompanying case, the court dismissed the Department of Justice’s challenge to the state of Texas. Justice Sonia Sotomayor was the lone dissent

In her opinion, she writes that the court’s decision invites other states to follow the model of Texas’ restrictive abortion law, which she says is a “model for nullifying federal rights.”

“The Court should have put an end to this madness months ago, before S. B. 8 first went into effect. It failed to do so then, and it fails again today. I concur in the Court’s judgment that the petitioners’ suit may proceed against certain executive licensing officials who retain enforcement authority under Texas law, and I trust the District Court will act expeditiously to enter much-needed relief. I dissent, however, from the Court’s dangerous departure from its precedents, which establish that federal courts can and should issue relief when a State enacts a law that chills the exercise of a constitutional right and aims to evade judicial review. By foreclosing suit against state-court officials and the state attorney general, the Court effectively invites other States to refine S. B. 8’s model for nullifying federal rights. The Court thus betrays not only the citizens of Texas, but also our constitutional system of government.”

French scientists demanding an investigation into origins of COVID-19

Police: Man who shot intruder at Camden home should be protected...