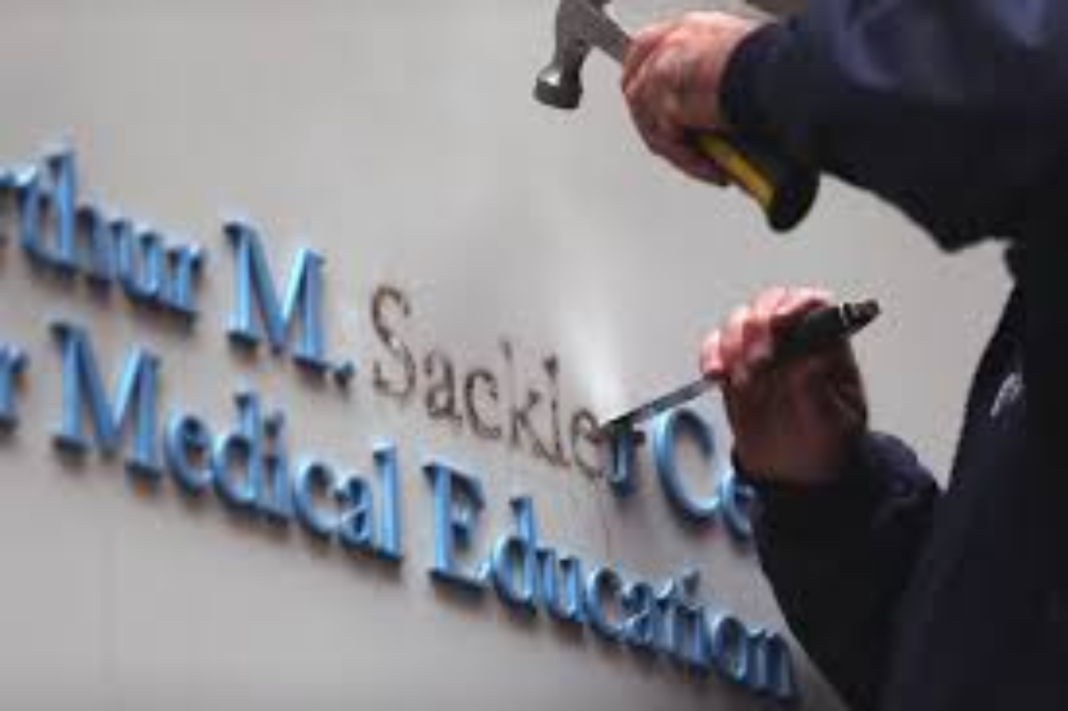 After more than a year of high stakes negotiations with billions of dollars on the line, a bankruptcy plan for Purdue Pharma, the maker of Oxycontin, cleared a major hurdle late Wednesday.

Federal Judge Robert Drain in White Plains, N.Y., moved the controversial deal forward despite objections from dozens of state attorneys general, setting the stage for a final vote by the company’s creditors expected this summer.

The drug maker filed for Chapter 11 protection in 2019 facing an avalanche of lawsuits tied to its aggressive opioid sales practices.

This development brings members of the Sackler family, some of whom own Purdue Pharma and served on the company’s board of directors, a step closer to winning immunity from future opioid lawsuits.

According to legal documents filed as part of the case, that immunity would extend to dozens of family members, more than 160 financial trusts, and at least 170 companies, consultants and other entities associated with the Sacklers.

“The Sacklers are paying $4.275 billion and they very much plan and expect to be done with this chapter,” said Marshall Huebner, an attorney representing Purdue Pharma, during a hearing last week.

One of the firms that would secure protection from future opioid lawsuits under the deal is Luther Strange & Associates, founded by former U.S. Sen. Luther Strange (R-Alabama) who helped Purdue Pharma pitch the bankruptcy plan to Republican state attorneys general.

While Purdue Pharma has twice pleaded guilty to federal crimes relating to its opioid marketing schemes, no member of the Sackler family has faced criminal charges.

Appearing before a congressional panel last December, members of the Sackler family said they had done nothing wrong. “The family and the board acted legally and ethically,” testified David Sackler, who served on Purdue Pharma’s board for six years.

In addition to contributing money from their personal fortunes, the Sacklers have agreed to give up control of Purdue Pharma. They will, however, retain ownership of other companies, admit no wrongdoing and will remain one of the wealthiest families in America.

Two dozen states still oppose the bankruptcy deal that’s been negotiated largely behind closed doors. They argue it would improperly strip them of authority to sue members of the family for alleged wrongdoing.

“I don’t believe … at this point the plan is confirmable,” said Andrew Troop, an attorney representing a coalition of “non-consenting” states, during a hearing last week.

But Judge Drain said this stage of the bankruptcy process wasn’t focused on final approval of the plan.

Instead, the court evaluated whether Purdue Pharma and the Sacklers had provided enough information and transparency to allow creditors to make an informed decision on the deal’s financial merits.

Despite a significant veil of secrecy surrounding the proceedings — which included an expansive investigation of the Sacklers that will likely never be made public — Drain signaled the so-called “disclosure statement” was adequate.

“I found the disclosure statement to contain adequate information,” he said Wednesday.

“We are mediating as we speak with the non-consenting states,” Huebner said on Wednesday. “We continue to be open and listen as hard as we can to all other remaining objectors between now and confirmation.”

A vote and final approval expected by August

In the coming weeks, more than 600,000 individuals, companies and governments with claims against Purdue Pharma will vote on the package, described by attorneys involved in the process as one of the most complicated and controversial bankruptcies ever.

A final confirmation hearing is scheduled for Aug. 9. Judge Drain has indicated he believes this plan offers the best chance at financial relief for those harmed by Purdue Pharma’s Oxycontin business.

Supporters of the bankruptcy deal say the alternative would be a chaotic scrum of risky and expensive litigation. “Billions would be spent on legal fees,” Huebner said last week. “It would be years until claimants might get a recovery.”

The reorganization plan also includes a detailed formula that would be used to distribute hundreds of millions of dollars each year in aid to communities and individuals harmed by opioids.

A growing number of government officials have signaled they expect to vote in favor of the deal.

But critics, including more than 20 mostly Democratic state attorneys general, say the Sacklers are improperly piggybacking on their company’s bankruptcy without actually filing for bankruptcy themselves.

“The bankruptcy system should not be allowed to shield non-bankrupt billionaires,” said Massachusetts Attorney General Maura Healey in an interview with NPR last month.

Some legal scholars have also questioned whether bankruptcy court is the proper venue for a case that involves a addiction crisis that has killed hundreds of thousands of Americans.

“[T]he most socially important chapter 11 case in history will be determined through a process that does not comport with basic notions of due process,” wrote Adam Levitin, who teaches law at Georgetown University, in an article published last month in the Texas Law Review.

In a legal brief filed with the bankruptcy court on Tuesday, Jonathan Lipson, a legal scholar at Temple University who also represents a client with a claim against Purdue Pharma, noted this case is complicated by allegations of criminal conduct leveled against the Sacklers by the Justice Department last October.

“These cases have been overshadowed by a single, critical question: who is responsible for [Purdue Pharma’s] confessed crimes and the harm they caused?” Lipson wrote in his motion.

Lipson requested an independent examiner be appointed to review whether the Chapter 11 process has been handled appropriately.

Again, the Sacklers have denied any wrongdoing, have never been charged with crimes. As part of their settlement with the DOJ, members of the Sackler family paid $225 million while denying the allegations.

During last week’s hearing an attorney representing the Raymond Sackler branch of the family said they have created a website designed to offer a rebuttal to critics of the Sacklers.

“Raymond Sackler family members have consistently expressed their regret that OxyContin, which continues to help patients suffering from chronic pain, unexpectedly became part of the opioid crisis,” the family said in a statement.

In civil lawsuits already filed against the Sacklers, government officials allege some family members had direct knowledge of the highly addictive nature of Oxycontin but continued to push Purdue Pharma’s sales team to maximize profits.

The DOJ settlement with the Sacklers also included the allegation some family members engaged in “fraudulent” transfers of wealth and approved a marketing plan that focused on pushing Oxycontin sales to “extreme, high-volume prescribers.”

According to the Justice Department statement, that program led “health care providers to prescribe opioids for uses that were unsafe, ineffective, and medically unnecessary, and that often led to abuse and diversion.”

The Sacklers maintain they did nothing wrong and acted ethically. If this bankruptcy plan is approved and upheld on appeal, it’s unlikely the allegations will ever be tested in court.

More than 400 civil cases already filed against members of the Sackler family for alleged wrongdoing would be halted.