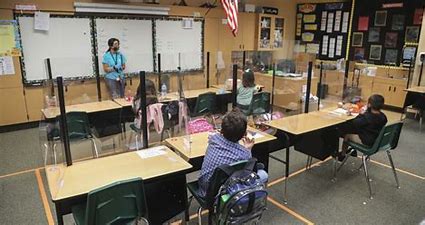 Michelle Irwin, the principal of San Diego’s largest high school, has decided to cut many of the school’s honors classes. In an email sent to parents, Irwin explained she was doing this for equity.

Irwin cut the courses for equity reasons, according to an email she wrote to parents. She told parents she wanted to move away from “stratifying” classes and remove the stigma from non-honors courses. She has also cited racial disparities in honors course enrollment — a problem that is mirrored nationwide…

The underrepresentation is a problem because enrollment in advanced courses is associated with a host of academic benefits, such as better attendance, fewer suspensions and higher graduation rates. Participation and success in honors and AP courses are also key factors considered in college admissions.

The last paragraph is a bit confusing. The way it’s written it almost sounds as if the author is suggesting honors classes make kids into better students, thus inequity in who joins the classes is denying them that chance.

I guess that’s possible but, intuitively, it seems more likely this runs the other way. The students who already care about things like challenging classes, a higher GPA and getting into a good college (likely because their parents care about them) are the ones who will gravitate toward honors classes. The cycle of good behavior doesn’t start with the classes, rather enrollment in the classes is one more example of good students acting like good students. Getting rid of the honors classes won’t improve student behavior for the kids who aren’t interested in those things, it will just take an option away from the students who do care.

Principal Irwin’s biography does note her commitment to equity.

While we focus on our teaching practices we must also focus on our equity lens. It is essential for principals to ask why things are the way things are. Until we have all students graduate with integrity, purpose, and options, we need to critically look at our systems and practices to find the root causes of not meeting this simple goal. All means all. Dr. Bettina Love once said, “Until we take the hand off their [our students’] backs that is holding them down called racism, bigotry and hate, they will not be able to rise.”

Were honors classes the racist hand holding some students back? It seems Irwin thinks so. Not surprisingly, some parents are not happy about the change.

“Parents who have the means to send their kids to another school are going to do so … because they’re losing faith that their kids will be prepared to be successful,” said Happy Feliz Aston, a parent of a fourth- and sixth-grader in the Patrick Henry High School cluster.

Parents are concerned that the course cuts will hurt their children‘s chances of getting into their preferred colleges. Honors courses boost grade point averages with a weighted credit, and college admissions officers consider how many advanced courses a student has taken…

While advanced classes may cover the same material as regular classes, advanced courses typically go at a faster pace and often cover more material or go more in-depth into the content.

It would be one thing if the school announced that it was only offering honors classes and that every student would be entered in these classes. But of course the faster pace would likely result in some students falling far behind which would be obvious and might even cause fewer students to graduate. So instead the honors kids are being asked to slow down to keep from stigmatizing anyone.

The parents who are complaining are the parents who care about these things. Those parents will send their kids to other schools or have them take AP classes instead of honors classes. The other public high schools in the area are still offering them for now.

Christians minority in Afghanistan are brutally repressed by Taliban

Afghanistan: Taliban warned India not to interfere in the internal matters