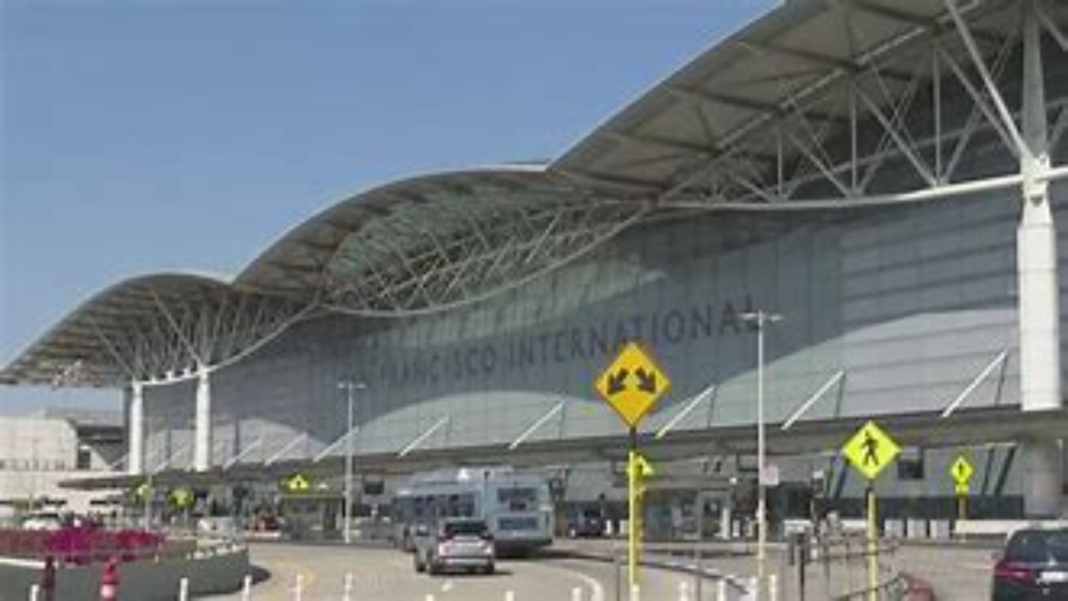 It’s the first confirmed U.S. case. We should ban travel to and from California immediately.

Not because of Omicron. Because California.

There’s no sample size smaller than a single person but the circumstances of the case Fauci describes are as encouraging as they could realistically be.

Dr. Anthony Fauci: “The California and San Francisco Departments of Public Health and the CDC have confirmed that a recent case of COVID-19 among an individual in California was caused by the omicron variant.”

The patient’s symptoms are mild, he/she is already improving, and not a single close contact has been infected yet. (The patient only tested positive for Omicron two days ago, though. Maybe they haven’t been infectious for long.) The patient was also recently in South Africa, suggesting that they got the variant over there instead of from hidden community spread here in the U.S.

Might the circumstances here have been different if the patient weren’t fully vaccinated? San Francisco County is one of the most heavily vaxxed in the U.S., with more than 77 percent of residents having received both shots. In all likelihood, not just the patient but most or all of their close contacts has been immunized, which may be limiting transmission of the variant among them. That’d be wonderful news if so, as it would point to the vaccines providing meaningful protection against Omicron.

Even better, Fauci was asked if the patient has been boosted yet and said no, not to his knowledge. If two doses holds up against the variant, that’s an even bigger relief. There’s a debate raging among immunologists at the moment about whether we should expect the vaccines to hold up against severe illness caused by Omicron even if neutralizing antibodies don’t work as well against it. Some, like eminent expert Stanley Plotkin, say no: “Antibodies are clearly the major correlate of protection and we have little evidence that in the absence of antibodies the T-cells will do the job.” But the head of BioNTech and others are optimistic.

“Our belief [that the vaccines work against Omicron] is rooted in science: If a virus achieves immune escape, it achieves it against antibodies, but there is the second level of immune response that protects from severe disease—the T-cells,” [Dr. Ugur Sahin] said.

“Even as an escape variant, the virus will hardly be able to completely evade the T-cells.”…

“There is optimism that the T-cells will hold the line—they are very good at stopping severe disease,” [Professor Luke O’Neill] said. Even so, he said the booster campaign had to be accelerated and said that the arrival of Omicron would most likely establish a three-shot vaccination as the optimal protocol for immunization against coronavirus.

Virologist Trevor Bedford has been playing around with the early numbers from South Africa to try to get a sense of how transmissible Omicron is. Delta has been sparse lately in that country, with each infected person infecting just 0.8 others on average. Omicron is different: The data suggests that each infected person is spreading it to an average of 2.5 others, leading to exponential growth. The question Bedford’s considering is whether that rapid spread is due to Omicron being more infectious than Delta but not very immune-evasive or very immune-evasive but not much more infectious. (It could be both, which would be a nightmare scenario.)

Note the these estimates are sensitive to assumed population immunity. Under a scenario of 85% population immunity, we get the following picture instead that shifts the required level of immune escape upwards for a particular R0 value. 15/18 pic.twitter.com/UJUZdqBTmW

If Omicron is hyper-transmissible but easily suppressed by antibodies then controlling it in the U.S. is a simple matter of getting as many people vaxxed as possible. If it’s not especially transmissible but is infecting lots of people by punching through their immunity, uh oh. That means all Americans (or maybe just the un-boosted ones?) are vulnerable until the updated vaccines hit the market.

Whatever the answer, it sure does is spreading quickly based on the early numbers:

NEW: updated chart showing today’s numbers from Gauteng in South Africa:
• Now with test positivity, for those who have asked whether this is driven by increased testing
• And stating in the title that hospital admissions are a lagging indicator, as many have requested pic.twitter.com/UO5kUpTU6c

Until we know more, red America and blue America are going to behave towards Omicron precisely the way you’d expect:

Americans are open to international travel bans to try to contain Omicron, to mask mandates, even to vaccine mandates. But new lockdowns are where they draw the line. Democratic governors should take note, especially those like Gretchen Whitmer who are up for reelection next year in purple states.

Here’s Fauci being asked a question that I asked in a recent post about the new variant. If it produces milder symptoms than Delta, would it be a bad thing if it’s a lot more transmissible? We’d want Omicron to become dominant in those circumstances, helping the unvaccinated build natural immunity at low risk, right? Fauci is skeptical, which I’m guessing is partly due to the effect that that logic might have on the willingness of unvaccinated people to go out and get their shots. But it’s also a math problem. Even if the death rate from Omicron is much smaller than from Delta, a much, much higher infection rate for Omicron could still produce a higher overall death toll. Letting it run wild in that case would be risky business.

Reporter asks if there would be any public health benefit to furthering the spread of Omicron if it proves to be more transmissible and less virulent pic.twitter.com/33B629ibkH