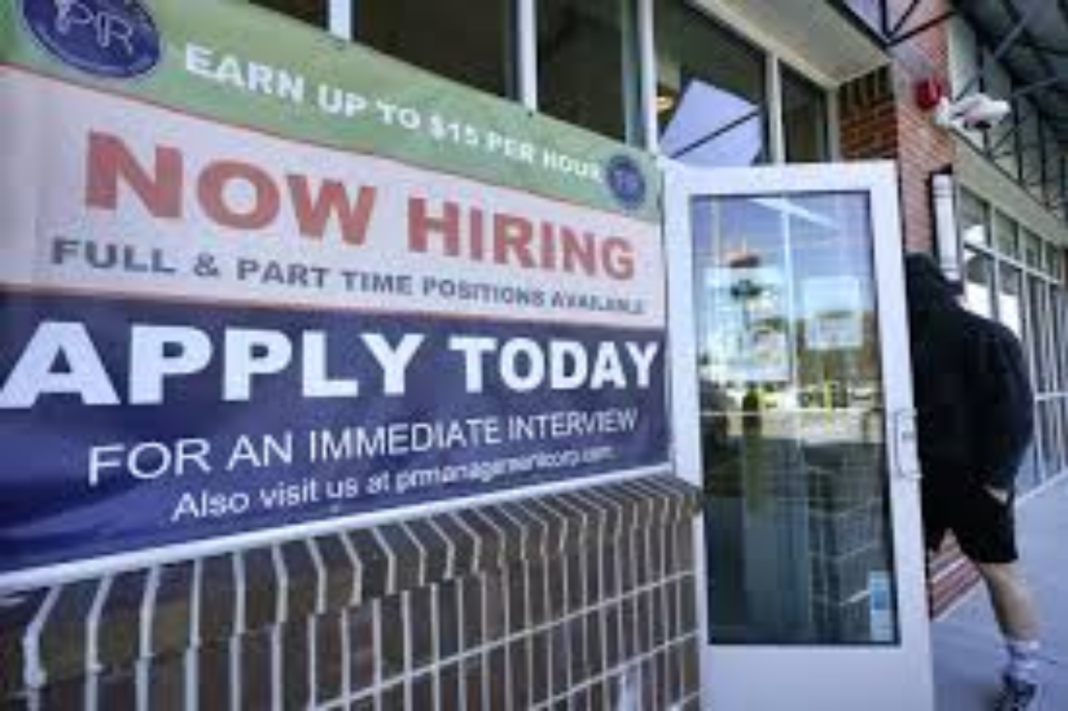 Well then. I’m pleased to see we’re all finally on the same page with respect to school closures being not just a heinous developmental burden on kids but a horrible drag on the economy.

Now what’s the White House going to do about it?

Besides “call for further extending beefed-up unemployment benefits,” I mean. Watch, then read on.

Walsh’s comment about schools here is notable inasmuch as it contradicts the administration’s longstanding reluctance to put public pressure on blue states to get schools open more quickly. But most of the political finger-pointing in the aftermath of this morning’s brutal jobs report has to do with whether pandemic-era unemployment insurance has crushed laid-off workers’ incentive to find jobs. The business lobby wants federal benefits rolled back ASAP to force the supply of labor to meet intense demand:

“The disappointing jobs report makes it clear that paying people not to work is dampening what should be a stronger jobs market,” the U.S. Chamber of Commerce said in the hours after the Labor Department released its April 2021 employment report.

“One step policymakers should take now is ending the $300 weekly supplemental unemployment benefit,” the lobbying group added. “Based on the Chamber’s analysis, the $300 benefit results in approximately one in four recipients taking home more in unemployment than they earned working.”

One hospitality trade group head in Virginia told the WSJ that “The unemployment benefits are probably the single biggest issue… It’s a difficult process to get people to come in even to interview.” Restaurant owners in NYC are seeing the same thing. “A minimum-wage employee, he could be a dishwasher … takes home about $530, $540. He makes $800 laying in bed, so why would he come into work?” said one to the NY Post. “I know the [extra] $300 was given with good intentions … but it’s not really working that way. Waiters don’t want to come back. It’s a real issue.”

Red states have already begun to swing into action by electing the nuclear option, canceling federal unemployment benefits before they expire in September. South Carolina and Montana are the first out of the gate but their example plus today’s jobs numbers will put pressure on other Republican governors to follow suit quickly:

[Montana Gov. Greg Gianforte] noted that he has heard from many employers that they can’t find workers, particularly in the health care, construction, manufacturing, and hospitality and leisure industries.

“Incentives matter, and the vast expansion of federal unemployment benefits is now doing more harm than good,” Gianforte said. “We need to incentivize Montanans to reenter the workforce.”

“[T]he Democratic-led government in Washington has decided to send out a new round of stimulus checks and to extend the subsidies that have encouraged workers to sit at home — a witches’ brew of stupidity that, taken together, amounts to the American people piling on yet more debt for the privilege of stopping an economic recovery,” a disgusted Charles Cooke wrote today at NRO. Some counter that if businesses want to be competitive with unemployment benefits, they should just raise wages. Uh, right, but (a) that assumes they can afford to do so while remaining profitable and (b) hiking wages would add even more inflationary pressure to the economy, which may backfire by raising the cost of living to the point where those wage gains are cannibalized.

Not every able-bodied man or woman is sitting at home out of laziness. Someone has to babysit the kids if their schools aren’t open, as even Marty Walsh recognizes. And we’re at a possibly unprecedented moment in American labor history in that practically everyone’s hiring at the same time, a situation in which demand for labor might momentarily outstrip supply. “If job openings accelerate faster than people apply for work, there will be pain for business owners,” the Guardian notes. On top of that, some workers may be petrified by the risk of getting COVID if they go back on the job. They’re going to need to overcome that fear at some point now that they’re eligible for vaccination, but fear doesn’t always behave rationally. Just look at the liberals who are still double-masking after being immunized.

So long as robust federal unemployment benefits are keeping them going, they can take their time and wait for case counts to drop before dipping a toe back in the labor market.

I’ll leave you with CDC chief Rochelle Walensky trying to explain to “The View” today why the teachers union helped write the agency’s guidance on reopening schools. We hadn’t taken the teachers’ welfare into account as much as we should have in developing the guidelines, she says. That’s hard to believe in an administration that listens to the AFT as closely as this one does.