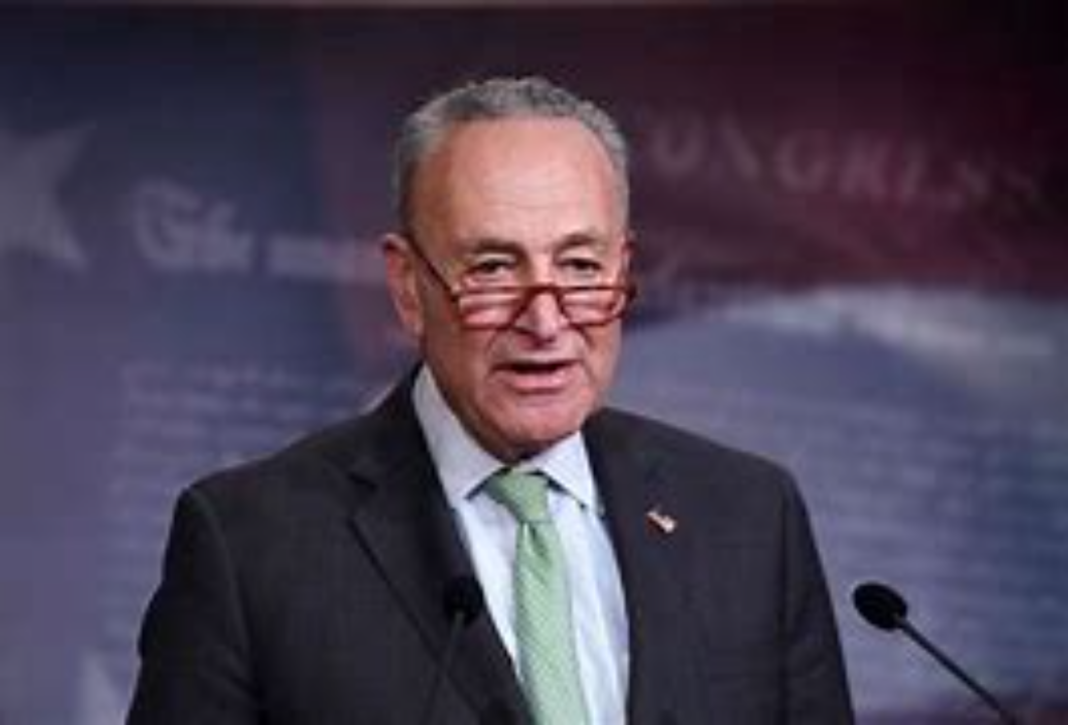 Schumer, D-N.Y., said he was scheduling a procedural vote for next Wednesday to begin debate on a still-evolving bipartisan infrastructure bill. Senators from both parties, bargaining for weeks, have struggled to reach final agreement on a $1 trillion package of highway, water systems and other public works projects.

Schumer said he also wanted Democratic senators to reach agreement among themselves by then on specific details of a separate 10-year budget blueprint that envisions $3.5 trillion in spending for climate change, education, an expansion of Medicare and more.

“The time has come to make progress. And we will. We must,” Schumer said on the Senate floor.

The majority leader’s plans were an attempt to push lawmakers to work out differences so Democrats can advance their plans to fortify the economy for the long term and help lower-earning and middle-class families while imposing higher taxes on wealthy people and large corporations.

Lawmakers working on the smaller infrastructure package met on Thursday afternoon to discuss the details, but chafed at Schumer’s deadline. They indicated that substantial hurdles remain, including how to pay for the nearly $579 billion in new spending over five years that they agreed to with the White House.

“There’s no reason to go prime time if you’re not ready,” said Sen. Mike Rounds, R-S.D., as he emerged from the talks.

Sen. Mark Warner, D-Va., said there were different views among senators about whether Schumer’s timeline was helping or hurting the bipartisan effort. Warner said the White House is trying to work through with senators on ways to pay for the new spending without raising corporate taxes or user fees such as the federal gas tax.

It will take 60 votes to start debating the infrastructure measure because Republicans are expected to use a filibuster — procedural delays — to try killing it.

That means the chamber’s 50 Democrats will need support from at least 10 Republicans. Democratic leaders hope a bipartisan deal on the widely popular road and other projects would attract enough Republicans to succeed. Yet bargainers have faced major hang-ups over which revenues they would raise to finance the infrastructure legislation.

One of the biggest revenue-raisers, bolstering IRS enforcement to bring in an estimated $100 billion over 10 years, has been a major discussion point in negotiations. Sen. Jon Tester, D-Mont., said the group was looking at alternative measures.

Sen. Rob Portman, R-Ohio, predicted lawmakers will be able to craft a final bill, although he was unsure they will meet “anybody’s arbitrary deadline.”

“I appreciate the fact that the majority leader wants to have a vote as soon as possible. I don’t disagree with that, but soon as possible means when it’s ready,” Portman said. “It’s got to be a product that has gone through the proper vetting and we get it right.”

Meanwhile, Schumer and House Speaker Nancy Pelosi, D-Calif., want Congress to approve a $3.5 trillion budget resolution before lawmakers begin a summer recess next month. Approval of that measure is crucial for Democrats because it would protect a subsequent bill actually providing that money for specific programs, probably this fall, from more GOP filibusters, meaning Democrats could pass it on their own.

The infrastructure bill and budget resolution would also need to pass the House, which Democrats control narrowly.

The Democrats’ accord this week on their overall $3.5 trillion figure was a major step for a party whose rival moderate and progressive factions have competing visions of how costly and bold the final package should be. But it’s merely an initial move that leaves the toughest decisions for later. They must translate their plan into legislation with specific spending and revenue figures, then line up the needed votes to enact it, a process likely to grind right through autumn.

Sen. Lindsey Graham of South Carolina, the top Republican on the Senate Budget Committee, belittled the emerging plan as a wasteful liberal wish list that would fuel inflation and boost taxes.

“Count me in for real infrastructure. Count me out for a tax and spend plan from Hell,” he said in a statement.

The overall spending that Democrats are seeking is a bit less than the roughly $4.5 trillion that Biden wants for infrastructure, family services, climate change and other programs. To accommodate their lower figure, lawmakers will have to curtail or eliminate some of his proposals.

In a harbinger of potential problems, West Virginia Sen. Joe Manchin, perhaps the most conservative Democrat, signaled he would oppose proposals to curb fossil fuels, long a lifeblood for his state’s economy. His demands to trim other spending forced Democrats to drop a longtime progressive goal, a minimum wage increase, from pandemic relief legislation early this year.

Key backing for the overall plan has come from Senate Budget Committee Chair Bernie Sanders, I-Vt., a self-proclaimed democratic socialist and a leader of the Democrats’ progressive wing. He’s repeatedly called the agreement historic and said Wednesday that while he’d like more spending — he earlier sought $6 trillion — the reality is that all 50 Democratic senators are needed to prevail.

A senior Democratic aide said the budget will envision extensions of tax credits for children, child care and some low-income people, money for environmentally friendly energy technologies and a federal standard aimed at encouraging a shift to clean energy. The plan would fund prekindergarten for toddlers, aid for college students, paid family leave, food and housing programs and a pathway to citizenship for potentially several million immigrants in the U.S. illegally, said the aide, who was not authorized to publicly discuss the Democrats’ plans and spoke on condition of anonymity.

Also included is a top progressive priority: an expansion of Medicare, the health insurance program for older Americans, to include vision, dental and hearing coverage.