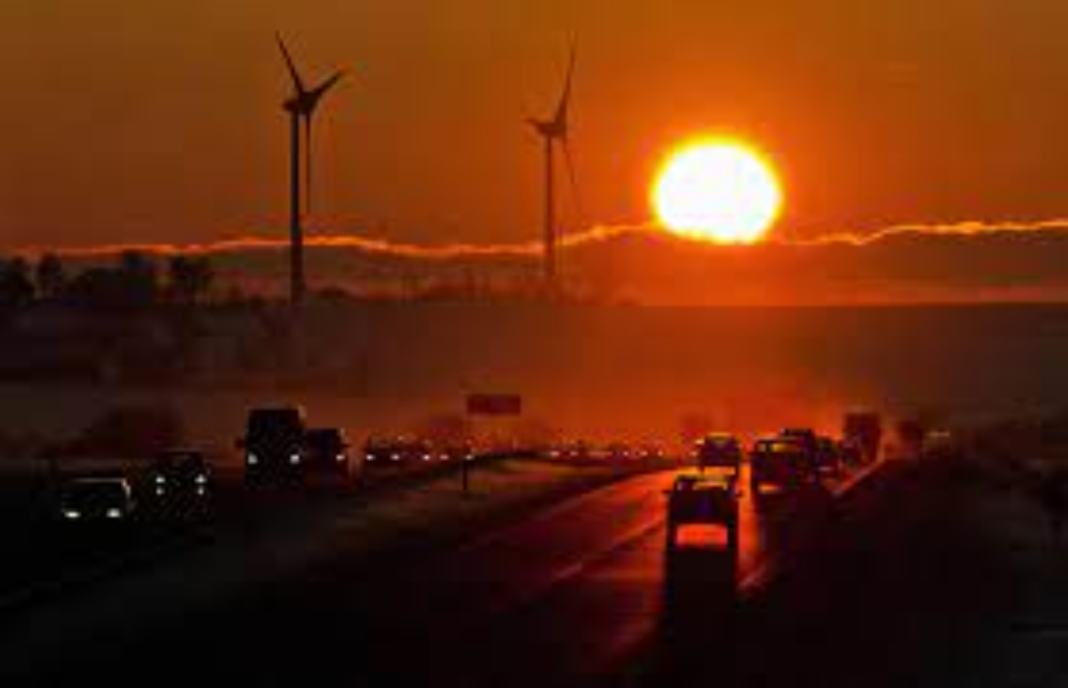 The average temperature on Earth is now consistently 1 degree Celsius hotter than it was in the late 1800s, and that temperature will keep rising toward the critical 1.5-degree Celsius benchmark over the next five years, according to a new report from the World Meteorological Organization.

Scientists warn that humans must keep the average annual global temperature from lingering at or above 1.5 degrees Celsius to avoid the most catastrophic and long-term effects of climate change. Those include massive flooding, severe drought and runaway ocean warming that fuels tropical storms and drives mass die-offs of marine species.

The new report from the WMO, an agency of the United Nations, finds that global temperatures are accelerating toward 1.5 degrees Celsius of warming. The authors of the new report predict there is a 44% chance that the average annual temperature on Earth will temporarily hit 1.5 degrees Celsius of warming at some point in the next five years. That likelihood has doubled since last year.

“We’re seeing accelerating change in our climate,” says Randall Cerveny, a climate scientist at Arizona State University and a World Meteorological Organization rapporteur who was not involved in the report.

Annual temperatures on Earth fluctuate according to short-term climate cycles, which means some years are much hotter than others, even as the overall trend line goes up steadily. As climate change accelerates, it gets more and more likely that individual years will exceed 1.5 degrees Celsius of warming.

“We had had some hopes that, with last year’s COVID scenario, perhaps the lack of travel [and] the lack of industry might act as a little bit of a brake,” Cerveny says. “But what we’re seeing is, frankly, it has not.”

Years with record-breaking heat offer a glimpse of the future. For example, 2020 was one of the hottest years on record. Last year, global temperatures were about 1.2 degrees Celsius hotter than the late 1800s, according to the WMO.

Millions of people suffered immensely as a result. The U.S. experienced a record-breaking number of billion-dollar weather disasters, including hurricanes and wildfires. Widespread droughts, floods and heat waves killed people on every continent except Antarctica.

Recent climate disasters underscore the extent to which a couple degrees of warming can have enormous effects. For example, during the last ice age the Earth was only about 6 degrees Celsius colder than it is now, on average. An increase of 1.5 degrees Celsius “is a very, very, very, very big number,” Cerveny says. “We need to be concerned about it.”

But with every passing year of rising greenhouse gas emissions, it becomes more and more likely that humans will cause catastrophic warming. The report estimates there’s a 90% chance that one of the next five years will be the warmest year on record.

“It is yet another wakeup call that the world needs to fast-track commitments to slash greenhouse gas emissions and achieve carbon neutrality,” WMO Secretary-General Petteri Taalas said in a statement accompanying the report. The United Nations warns that, as of late 2020, humans were on track to cause more than 3 degrees Celsius of warming by the end of the century.

If the U.S. follows through on new promises to reduce its greenhouse gas emissions, it would help limit global warming to some extent, although other countries including China would also need to reduce their emissions dramatically in the next 10 years.

In April, the Biden administration pledged to cut U.S. emissions in half by 2030 compared with 2005 levels. Most of those cuts would need to come from electricity generation and transportation, including all but eliminating coal-fired power plants and transitioning to electric cars and trucks. Congress is considering infrastructure legislation that could help push those transitions forward.

Meanwhile, the fossil fuel industry is seeing more pressure to invest in clean energy. On Wednesday, a Dutch court ordered Shell to cut its carbon emissions more quickly, although the company says it expects to appeal the decision. And a small activist hedge fund successfully placed at least two new candidates on Exxon Mobil’s board of directors, with the goal of pushing the company to take climate change more seriously.

California to Funding Abortion Tourism As Part Of Plan To Become...