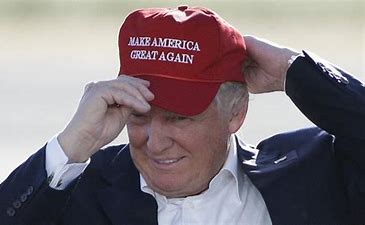 It’s no secret that Sean Hannity is having some “MAGA” issues.

It should be fine to disagree on candidates in a primary, and I think under most circumstances it would be.

But in this case, many MAGA folks felt like Hannity was using “leftist tactics” against Barnette, and they did not like it.

Hannity has also had some issues with MAGA because of his support of Lindsey Graham, who most MAGA folks see as a globalist traitoir in GOP clothing.

Overall, Hannity has lost favor with MAGA, and I am sure he’s well aware of this.

But a new report out, which features Hannity’s infamous “J6 text messages,” could mean even more “MAGA Trouble” for Sean.

According to a report from Business Insider, Hannity was so freaked out about January 6th, that he wanted President Trump to pardon Hunter Biden, so he could get into the “good graces” of his father, Joe.

The Jan. 6 Sham Committee discovered this info while they were going through Hannity’s text messages to Kayleigh McEnany.

He brought up this idea on Jan. 7 — the day after the U.S. Capitol melee.

Trump would be in good graces with Joe and then run outta town on a rail by his voters… and rightfully so.

The House select committee investigating the Capitol riot released text messages on Thursday between Hannity and the then-press secretary, Kayleigh McEnany, in which the conservative news host discussed the details of his conversation with Trump on January 7, 2021, following the attack on the Capitol.

Hannity and Trump were apparently discussing ways to address the potential fallout in the wake of hundreds of pro-Trump supporters breaching the Capitol in an attempt to overturn the 2020 election, including pitching “no more stolen election talk” and Trump “attending inauguration.”

According to one text message from Hannity, one pitch in particular seemed to pique the former president’s interest: issuing a last-minute presidential pardon for Hunter Biden, the son of President-elect Joe Biden.

“He was intrigued by the pardon idea!! (Hunter),” Hannity wrote to McEnany, according to the text messages released by the January 6 House panel.

Hunter Biden’s business dealings in Ukraine were at the center of Trump’s pressure campaign on the Ukrainian government in 2019, which led to the former president’s first impeachment in early 2020. Though he currently faces a federal investigation, Hunter Biden has not been charged and denied any wrongdoing.

A source told The Daily Beast that the pardon suggestion wasn’t originally Hannity’s idea, but he brought it to Trump because he “genuinely wanted some healing.”

Another person familiar with the conversation between Hannity and Trump told The Daily Beast that Hannity proposed that the pardon might help “smooth things over,” but the idea was ultimately shut down.

Of course, it was shut down, and the piece even goes on to say that it was never “seriously” considered by Trump or anyone on his team.

Can you imagine if President Trump actually considered something absurd like that?

Good lord…it’d be the end of his political career, and for good reason.