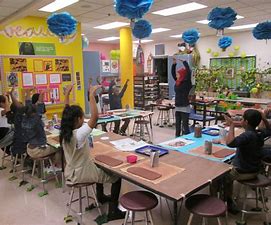 Luke Rosiak is a reporter for the Daily Wire and he’s about to have a book published about K-12 schools. It’s titled “Race to the Bottom:

In Seattle in 2013, Tracy received a master’s degree in education and became a substitute teacher. She increasingly inhabited a Second Life-style parallel universe. The Seattle area is one of the most progressive and wealthiest in America, but in Tracy’s version, “white supremacy” was omnipresent. The reason she was “so angry all of the time” was that “our students are dying from violence, because they are dismissed regularly in their classrooms.” She was tired, but “I think I figured out why. I am under attack. All women, but especially womxn of color, are under attack.”

…“My name is Tracy Castro-Gill,” she proclaimed. “I am Xicana, chingona, and pissed off.” In this world, she was the hero. Teachers gravitated toward her as she laid out an inspiring story…

In this telling of her life story, Castro-Gill grew up in poverty and was homeless. Her father, she said, was a Hispanic who betrayed his identity by being what she called a “U.S. nationalist,” which made their home “intolerable.” To avoid “assimilation” and show that she was authentically Hispanic, her new history went, Castro-Gill joined a gang and began using drugs.

None of this was real, her father Rick Castro told me. He and his wife, Rita, had provided for Tracy a conventional, stable middle-class upbringing. Rick eventually earned a six-figure income, and Rita was a stay-at-home mom.

“Everything since [Tracy] moved to Seattle has been one big lie,” her father said. He added, “Remember Rachel Dolezal, that lady a few years ago who pretended to be black? That’s exactly what this is.”

Despite this, Seattle hired as the Ethnic Studies Program Manager. Rosiak reports that in 2018 she launched a pilot program to replace math classes with a new math ethnic studies program which was sold as a cure to the achievement gap. The program was a disaster:

On the next state math exam, the performance of black students at those schools plummeted. At one pilot school, John Muir Elementary, black achievement had been rising steadily every year, but all those gains and more were wiped out, with the black passing rate dropping from 28% to under 18% the next school year. At another pilot school, 69% white and with only seven black students, the white students’ pass rates also plunged, from 60% to 36%…

Despite the failure of the pilot, the district said it would “prioritize ethnic studies . . . [and] help integrate ethnic studies into all curriculum, content areas, and grade levels.”…

A resident complained to a curriculum manager about the “math ethnic studies” tenets: “Despite being a staunch liberal, I desperately hope this document does not represent what we are teaching in our schools, in either math class or social studies. . . . My hope is that some well-intentioned but naive individual created this document, and the larger group brought common sense to the situation.” The resident pleaded for a reply. The manager simply forwarded it to Castro-Gill with the note, “No worries, Tracy. I didn’t respond.”

In 2019, some colleagues filed complaints about Castro-Gill but they were often retracted for fear of retaliation and bullying by Castro-Gill. She finally got herself in real trouble in 2020 when a teacher at an elementary school sent around a survey about Valentine’s Day. Castro-Gill emailed the principle and warned the school was guilty of “explicit acts of Whiteness.” But she signed the letter using the names of some of her superiors who hadn’t approved it and were embarrassed by the language. One of the people whose name she’d used without permission later told investigators Castro-Gill was “a bully” and said, “I thought she might hurt me.” The investigation eventually concluded that Castro-Gill should be demoted back to a classroom.

I’m only scratching the surface. If you have time, read the full excerpt here. It really provides a picture of someone who manipulated the current fixation on race and gender to repeatedly fail upward. Rosiak’s book will be published in March.