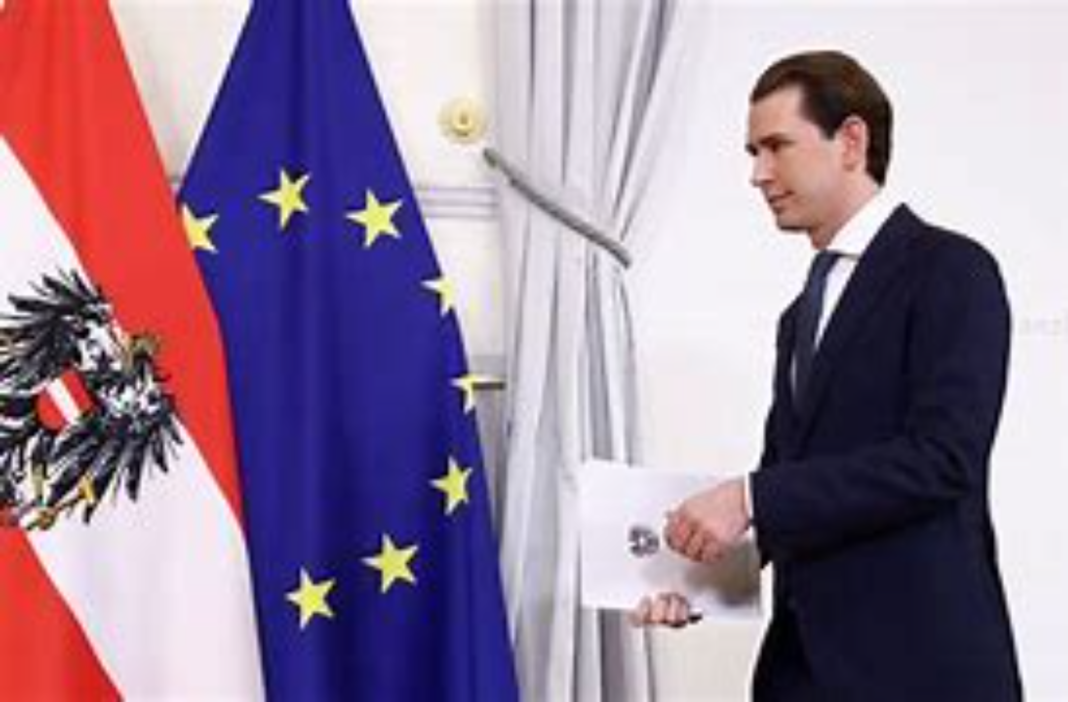 Austrian Chancellor Sebastian Kurz resigned Saturday evening, bowing to growing pressure over a bombshell corruption probe that has rocked the country’s political establishment to its core.

Kurz, a conservative star once seen as a model for Europe’s center right, said his Austrian People’s Party had nominated Foreign Minister Alexander Schallenberg, 52, a career diplomat, to replace him. Kurz, 35, said he planned to remain an MP and would take over the party’s parliamentary group. He also remains the head of his party.

Kurz said in a brief statement on live television that he had come to the conclusion that it would have been “irresponsible” for him to wait for the opposition to oust him as chancellor with a no-confidence vote, a step that could have ushered in an unwieldy four-party coalition led by the opposition Social Democrats with the participation of the far-right Freedom Party.

“My country is more important to me than my own person,” he said. “I am resigning to prevent chaos.”

The ongoing corruption probe has cast a shadow over Kurz’s government for months, but it was only on Wednesday that the details of prosecutors’ suspicions regarding the chancellor became public, triggering a political crisis in a country whose leaders have been plagued by scandal in recent years.

Kurz’s travails are likely to put an end — at least for the time being — to calls for other center-right parties in Europe to follow his personality-driven populist style. In Germany in particular, many Christian Democrats have held up Kurz as a model for their battered party to copy in the wake of their devastating election loss last month.

Though Kurz acknowledged he had made mistakes in connection with the affair, which involves allegations that he used public money to bribe pollsters and journalists, he predicted he would ultimately be vindicated, and cleared of any criminal wrongdoing.

Whether Kurz will succeed in rescuing his reputation is another question. He seemed particularly embarrassed by text exchanges published in court filings between him and close aides that belie the public image he has cultivated over the years as a selfless public servant. In the texts, Kurz comes across as a cutthroat political operator willing to do whatever it takes to win power.

“I’m only human,” Kurz said on Saturday, expressing regret for the texts, which included one in which he called the former head of his party an “ass.”

The resignation brought to a head a chaotic few days following police raids on the chancellery, the finance ministry and the residences of several people in the chancellor’s inner circle.

Authorities suspect Kurz of masterminding a conspiracy that involved embezzling finance ministry funds to pay for polls that served his political agenda, according to court filings. Kurz’s associates allegedly approached Austrian media with the fake data, offering them lucrative government-sponsored advertising if they agreed to carry the polls and write articles about them.

Kurz has repeatedly denied any wrongdoing.

The chancellor’s resignation, which comes less than two years after he formed a coalition with the Greens, marks the second time since 2019 that the young conservative has been forced to step down in a firestorm. In 2019, Kurz’s coalition with the far-right Freedom Party collapsed amid the so-called Ibiza affair, triggered by the release of video footage showing Austria’s then-vice chancellor, Heinz-Christian Strache, seeking to trade political influence for party donations a few months before taking office.

Though his government fell, Kurz wasn’t directly implicated in the affair and returned triumphant as chancellor at the beginning of 2020 in coalition with the Greens after winning a snap election.

While Kurz initially said he saw no reason to resign this week, the pressure on him to do so rose considerably after the Greens signaled on Thursday that they didn’t believe he could continue to serve as the country’s leader and began talking to opposition parties about a new coalition.

The three opposition parties in parliament called in unison for Kurz to resign and scheduled a no-confidence vote for Tuesday, which the chancellor was almost certain to lose. The opposition was then expected to try to form a four-party alliance with the Greens, forcing Kurz’s People’s Party into opposition.

People’s Party leaders insisted after the allegations emerged on Wednesday that they would not consent to replace Kurz as chancellor with someone else in their ranks, a step permitted under Austria’s constitution with the agreement of the president. But faced with the alternative — losing power altogether — the party relented.

Both the Greens and President Alexander Van der Bellen, who, under the constitution, is vested with the sole power to name the chancellor, are expected to accept the choice of Schallenberg, who has been foreign minister since 2019 and is considered a Kurz ally.

In a short statement, Greens leader Werner Kogler signaled his party would accept Schallenberg, adding that he would meet him on Sunday. For the Greens, the switch is a relief. If the government had collapsed, the party would have faced a host of unattractive options, from new elections to a new alliance that included the far right.

Now, Kogler said, the government would be able to push forward with urgent business, including a new budget and the implementation of a tax reform agreed by the coalition just last week.

Even so, with authorities’ investigations into Kurz and his closest associates in the People’s Party still in their early stages, there’s a serious question about whether the government will survive the full legislative term, which ends in the fall of 2024.

In addition to the bribery investigation, Kurz faces possible indictment for perjury in connection with false testimony he gave to a parliamentary committee investigating the Ibiza affair last year. If convicted in that case, he could face up to three years in prison.

Rome: Coliseum stage to give visitors a gladiator′s view

Liz Cheney: Use Establishment Media to Save Herself