Home Politics Section 230: Must be Repealed to protect the Freedom of Speech 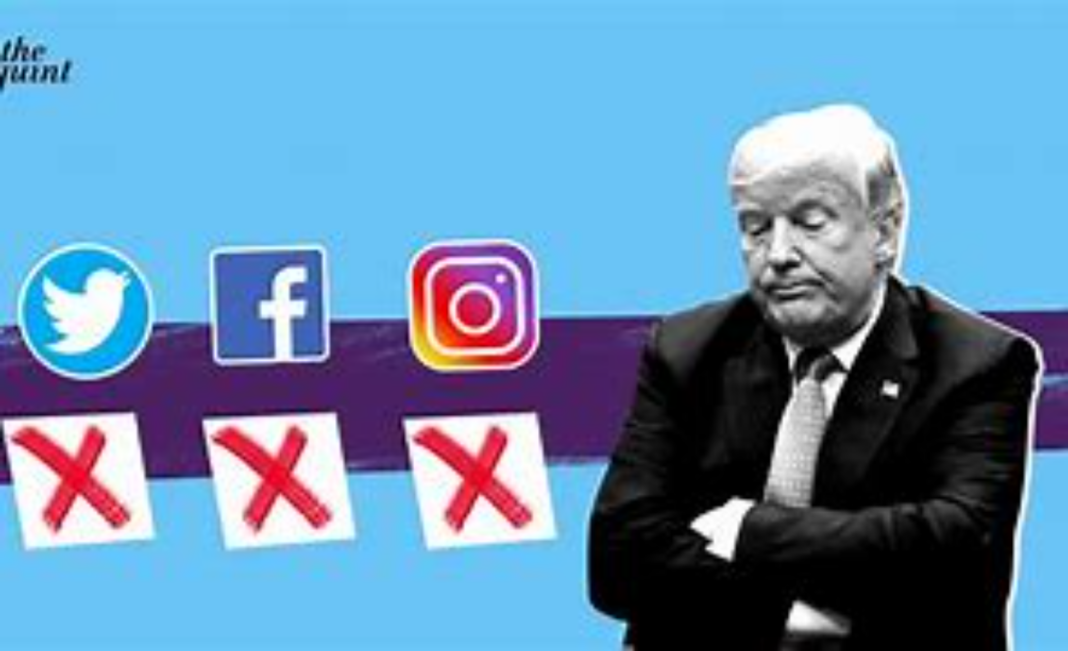 The government has granted the power to censor the entire USA to Twitter, Facebook, and Google, but that power is unconstitutional. Op-ed.

In Kurt Vonnegut’s epic novel Cat’s Cradle, Felix Hoenikker, a character who co-created the atomic bomb in the novel, also created another military weapon called “Ice-Nine.” Ice-Nine is an alternate crystalline structure of water that is solid at room temperature, and acts as a seed crystal upon contact with oridnary water, causing it to “freeze” up and become a solid crystal.

The novel ends when some Ice-Nine accidently falls into the ocean, and causes the entire world’s oceans, rivers and groundwater aquifers to apocalyptically freeze up into one huge solid crystal of Ice-Nine.

Imagine that you are an average residential consumer of electricity from your utility. Suppose you are politically motivated and send out emails to your friends, family, and your email list containing non-violent unquestionably 1st Amendment-constitutionally-protected speech. How would you feel if a newly created person called the “Human content monitor” of your supposedly neutral electric utility unilaterally decided that you were engaging in “objectionable” activities, and without notice or hearing turned off all power to your apartment? You’d sue the electric company and the government on the basis that the electric company is a quasi-government-empowered entity that is violating your 1st Amendment right to free speech.

Unfortunately, many people don’t have to imagine this scenario. Their supposedly neutral quasi-governmentally- empowered social media companies have “discovered” they were posting “objectionable” tweets against Democrats, and based on that alone ordered a shut-down of their social media service.

One should be able to sue the social media company on the basis that the social media company is a quasi-government-empowered entity that is violating your 1st Amendment. But guess what? The “Good Samaritan” Section 230 of the “Communications Decency Act” (“CDA”) empowers all the left-wing tech companies to quash your platform access merely because they believe “in good faith” that your posts are “otherwise objectionable.”

The supposed “good Samaritan” provision has, in fact, become the incarnation of the Orwellian 1984 Ministry of Truth. The United States Government has unconstitutionally “sub-contracted” the infinite power of total censorship to quasi-governmentally-empowered companies in clear facial violation of the 1st Amendment.

Here is 47 U.S. Code § 230 of the CDA – “Protection for private blocking and screening of offensive material,” which states, in full:

(c)Protection for “Good Samaritan” blocking and screening of offensive material

(1) Treatment of publisher or speaker

No provider or user of an interactive computer service shall be treated as the publisher or speaker of any information provided by another information content provider.

(A)any action voluntarily taken in good faith to restrict access to or availability of material that the provider or user considers to be obscene, lewd, lascivious, filthy, excessively violent, harassing, or otherwise objectionable, whether or not such material is constitutionally protected; or

(B)any action taken to enable or make available to information content providers or others the technical means to restrict access to material described in paragraph (1).

This is legalese, so I’m going to parse it for you. This current US law states that no internet company “shall be liable” to any of its users if the internet company has “voluntarily” censored “in good faith” any material it deems to be “harassing, or otherwise objectionable, whether or not the censored material “is constitutionally protected.”

You are probably asking the obvious question: Why doesn’t Congress just strike out the “whether or not such material is constitutionally protected” part of the statute? Section 230 will never be amended because it is worth trillions to the small group of people who own those companies and they will pay off Democrats and Republicans alike to keep it from being changed, leaving them with the monopoly on censorship.

The billionaires who own these companies will fight to keep Section 230, so the only recourse is for it to be found unconstitutional. Only the 1st Amendment, and a real Supreme Court that wants to uphold the Constitution, can save our democracy, and with it, the United States.

The key legal point here is that section 1 of Section 230 makes the qualifying internet companies into quasi-governmentally authorized entities, essentially no different from electric, water, or gas utilities. On the flip side, however, the government would be hard-pressed to claim it was constitutional under the 1st Amendment for the governmentally empowered electric utilities, even with notice and hearing, to proactively turn off someone’s electricity because the person was engaging in “constitutionally protected” behavior that the government found “harassing” or “otherwise objectionable.”

The essence of section 1 of Section 230 means that the internet companies’ pipes act merely as “pipes,” and that they don’t discriminate what goes through them. For example, in Zeran v. AOL, 129 F.3d 327 (4th Cir. 1997), the immunities section of the Good Samaritan protections of Section 230 protected AOL when it allowed material that harmed people to be published.

It doesn’t. And that is the core of why Section 230 is facially unconstitutional as to its empowering internet companies to censor speech in stark and clear violation of the 1st Amendment.

There are other arguments that I will attend to in later articles. Those issues include the claim that the internet companies who politically tilt the scales of content are, de facto, becoming “publishers” in violation of Section 230. In addition, a tri-partite monopoly has developed between Google, Facebook, and Twitter. The result is that not only is Section 230 facially unconstitutional, it is, as applied, unconstitutional in that the government has sub-contracted the power to censor the entire United States of America to a single three-headed monopoly.

In conclusion, Section 230 will never be amended to cure the gross constitutional defect because people with unlimited funds will pay many millions of dollars to Congress to protect the billions that depend on Section 230 staying exactly how it is.

Therefore, the only way to defeat this existential threat to democracy and the United States is for the Supreme Court to find the censorship provisions of Section 230 facially unconstitutional. Otherwise, we will have just appointed Facebook, Google, and Twitter as George Orwell’s 1984 ‘Ministry of Truth,’ and this three-headed monster will rule America instead of its 360 million people.

This article appeared originally in an OpEd on Israel National News.