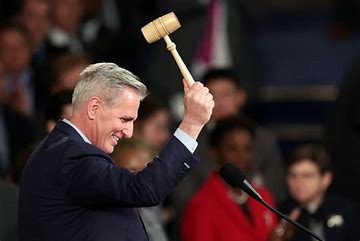 “They have put their own selfish agenda ahead of the conference. The Conference voted overwhelmingly in November, 85%, to support Kevin McCarthy for Speaker. Our rules dictate that Kevin McCarthy is the candidate to support,” Lawler, who defeated Democratic Rep. Sean Patrick Maloney in the Nov. 8 midterms, told Fox News hosts John Roberts and Sandra Smith.

“They have put themselves above everything else and they are costing conservatives across this country dearly,” Lawler continued. “So, these folks need to get serious, they need to wake up and realize that we are not rolling over.”

A group of 20 Republicans blocked McCarthy’s bid for the speakership across multiple ballots Tuesday and Wednesday, despite McCarthy agreeing to most of the proposals from the House Freedom Caucus.

Republican Rep. Byron Donalds of Florida received 20 votes in the fourth and fifth ballots for speaker, despite former President Donald Trump coming out in support of McCarthy.

“The people who are voting against Kevin McCarthy in the Republican conference are aiding Joe Biden, aiding Hakeem Jeffries and aiding Chuck Schumer, because they are the reason that we are not getting about the business that we set out to do,” Lawler said.

Hunter Biden: Prostitutes should be unionized