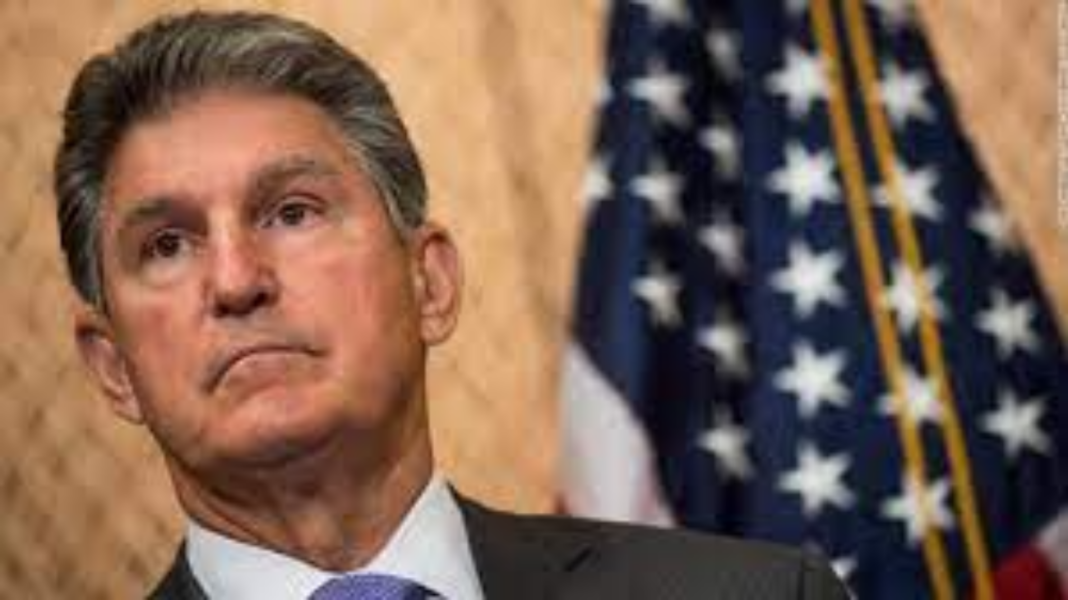 WASHINGTON — A key Democratic senator says he will not vote for the largest overhaul of U.S. election law in at least a generation, defying his party and the White House and virtually guaranteeing the failure of the legislation after a near party-line approval in the House.

“Voting and election reform that is done in a partisan manner will all but ensure partisan divisions continue to deepen,” Sen. Joe Manchin of West Virginia wrote in a home-state newspaper, the Charleston Gazette-Mail.

He wrote that failure to bring together both parties on voting legislation would “risk further dividing and destroying the republic we swore to protect and defend as elected officials.”

The bill would restrict partisan gerrymandering of congressional districts, strike down hurdles to voting and bring transparency to a murky campaign finance system that allows donors to anonymously bankroll political causes. Among dozens of other provisions, it would require states to offer 15 days of early voting and allow no-excuse absentee balloting.

In appearances on two Sunday news shows, Manchin stressed his reasons for opposing the bill, including his view that it is too broad.

“I think it’s the wrong piece of legislation to bring our country together and unite our country and I’m not supporting that because I think it would divide us further,” Manchin said. He also said he believes Republicans will see the need for a bipartisan deal.

Senate Majority Leader Chuck Schumer, D-N.Y., told colleagues that he would bring the elections measure to a vote the week of June 21, in effect testing where senators stand. But without Manchin’s support, the bill is unlikely to garner even a majority. Republicans are united against it.

Manchin said lawmakers should instead focus their energies on revitalizing the landmark Voting Rights Act, which was weakened by a Supreme Court decision in 2013. Republican Sen. Lisa Murkowski of Alaska has joined him in calling for that approach.

Manchin’s opposition to the broader elections bill is just the latest challenge facing Democrats as they enter the summer work period under rising pressure to deliver on their promises to voters. Manchin reiterated he would not vote “weaken or eliminate the filibuster,” a route that many Democrats see as the only realistic path forward. The filibuster rule requires 60 votes to pass most bills, and in today’s Senate, which is split 50-50, that means many of the Democrats’ biggest priorities, from voting rights to gun control, are dead on arrival.

Manchin and Sen. Kyrsten Sinema, D-Ariz., have frustrated their party by their defense of the filibuster. But they aren’t alone, with as many as 10 Democratic senators also reluctant to change the rules.

President Joe Biden this past week used the 100th anniversary of Tulsa’s race massacre to make a plea for legislation to protect the right to vote, which comes as Republican-led administrations in Texas and other states pass new restrictions making it tougher to cast ballots. Biden also seemed to call out Manchin and Sinema for stalling action on voting measures, though he has not said he wants to end the filibuster.

Biden said the right to vote was “precious” and must be protected, and pledged that June would be a “month of action” on Capitol Hill. “We’re not giving up,” Biden said. “I’m going to fight like heck with every tool at my disposal for its passage.”

Senate Republican leader Mitch McConnell of Kentucky has promised to block the elections bill, which he characterizes as undue government overreach into state election systems. He said no GOP senators support it.

“I believe that partisan voting legislation will destroy the already weakening binds of our democracy, and for that reason, I will vote against the For the People Act,” Manchin wrote. “Furthermore, I will not vote to weaken or eliminate the filibuster.”

In March, House Democrats passed the voting bill by a near party-line 220-210 vote. The legislation would restrict partisan gerrymandering of congressional districts, eliminate hurdles to voting and bring transparency to a campaign finance system that allows wealthy donors to anonymously bankroll political causes.

The measure has been a priority for Democrats since they won their House majority in 2018. But it has taken on added urgency in the wake of President Donald Trump’s false claims about the 2020 election, which incited the Jan. 6 riot at the Capitol.

Manchin was interviewed Sunday on “Fox News Sunday” and “Face the Nation” on CBS.