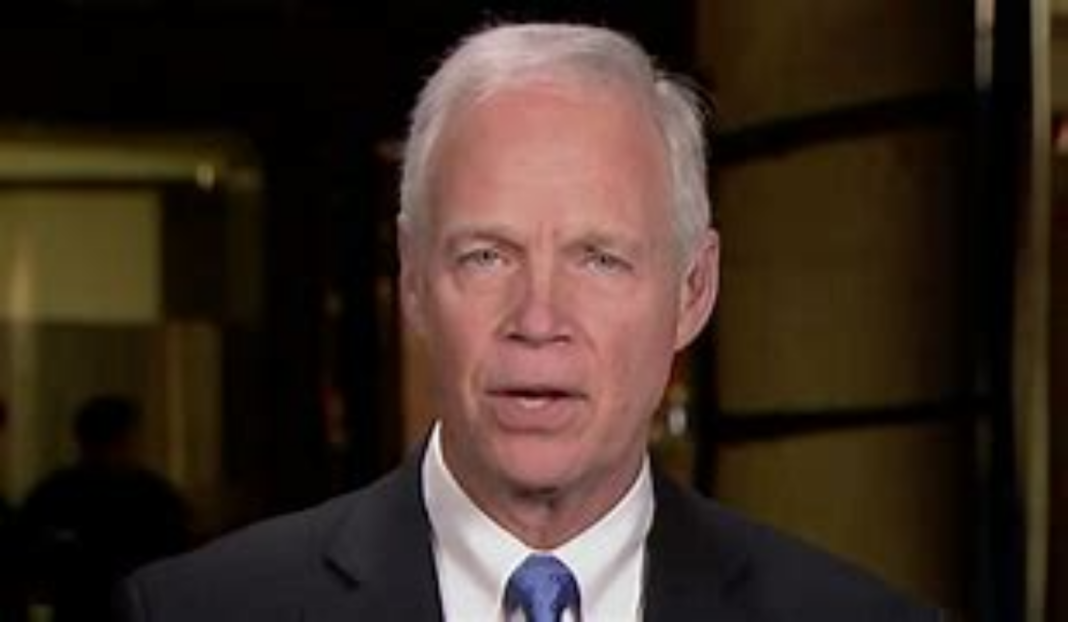 YouTube is continuing the campaign of various social media platforms to take control of what “facts” are acceptable on its pages and what speech qualifies as “misinformation” that must be banned. The latest victim of this deplatforming campaign is Republican Senator Ron Johnson of Wisconsin. A video of Johnson addressing the Wisconsin Press Club last week included remarks from the Senator criticizing both the Trump and Biden administrations for ignoring research into the use of cheaper drugs that are already available, such as hydroxychloroquine, for the early treatment of COVID. YouTube promptly declared that this was a violation of its policy against the spreading of “COVID-19 medical misinformation.” And with that, they suspended Johnson from the platform for one week after deleting his video. (USA Today)

On Friday, Johnson was slapped with a one-week suspension from uploading videos to YouTube after the company said he violated the website’s COVID-19 “medical misinformation policies.”

A YouTube spokesperson told the Milwaukee Journal Sentinel and other outlets Friday: “We removed the video in accordance with our COVID-19 medical misinformation policies, which don’t allow content that encourages people to use Hydroxychloroquine or Ivermectin to treat or prevent the virus.”

This is simply incredible. Just as we’ve seen with other so-called “facts” that the media doesn’t promote, YouTube is running amok with the ban hammer while itself ignoring actual medical science. Just this week we saw yet another medical study being published that flies in the face of what’s being pawned off as conventional wisdom. In this one, conducted at Saint Barnabas Medical Center in New Jersey, doctors found that patients experiencing the worst effects of COVID and who were put on respirators and were given a combination of hydroxychloroquine and zinc had survival rates nearly three times as high as those who did not receive the treatment. (Yahoo News)

The observational study, published by medRxiv, found that antimalarial drug hydroxychloroquine, along with zinc, could increase the coronavirus survival rate by as much as nearly 200% if distributed at higher doses to ventilated patients with a severe version of the illness.

“We found that when the cumulative doses of two drugs, HCQ and AZM, were above a certain level, patients had a survival rate 2.9 times the other patients,” the study’s conclusion states.

You will note that the USA Today article I linked above also fails to mention any of the studies showing the efficacy of hydroxychloroquine in some COVID cases. And we’re not talking about some crackpot theory or even hypothetical suggestion here. These are treatments that doctors are actively administering to COVID patients today, and have been since last year. If there’s a treatment out there that triples a patient’s chances of surviving after they go into the ICU and are put on a ventilator, wouldn’t you want people to know about that?

We all know what this is about and it has nothing to do with research into alternate drug therapies. Much of the media is still frustrated because the Bad Orange Man promoted the use of hydroxychloroquine last year when he was diagnosed with COVID. And if Trump said it, it has to be a lie, at least in the minds of our media overlords. Have they learned nothing from the embarrassing beating they’ve been taking over classifying the lab leak theory of COVID’s origins as forbidden misinformation? Apparently not, or at least in the case of USA Today. They’re hardly alone, though, and we will no doubt continue to see this information being suppressed.

Johnson responded by describing YouTube’s move as another example of how the platform’s “COVID censorship proves they have accumulated too much unaccountable power.” He makes a good point. The question is, what are we supposed to do about it?