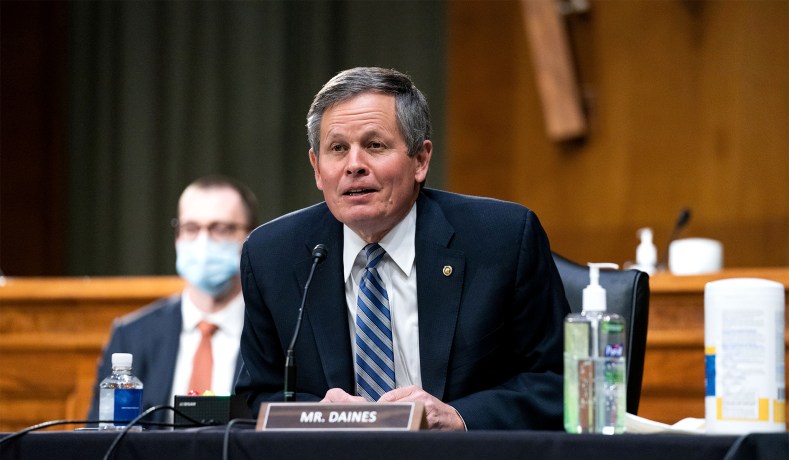 Both the relief bill passed by Democrats in the House and the plan proposed by President Joe Biden and Senate majority leader Chuck Schumer (D., N.Y.) include $50 million for Planned Parenthood’s slush fund, fail to add protections so that federal money doesn’t cover abortions, and allow abortion providers such as Planned Parenthood to obtain small-business relief loans through the Paycheck Protection Program.

Senator Steve Daines of Montana has introduced an amendment that applies the pro-life protections of the Hyde amendment to three pots of money covered in the bill: state- and local-government spending, foreign aid, and the provider relief fund.

Senator James Lankford of Oklahoma has offered an amendment that applies Hyde’s language to health-care funding under the relief bill’s HELP title.

Finally, Senator Roger Wicker of Mississippi has offered an amendment applies Hyde to rural-health funding under the bill’s agriculture title.

“Biden, Schumer, and Pelosi are pushing a massive liberal wishlist disguised as a ‘COVID relief package.’ Hidden in the fine print is an attempt to prop up Planned Parenthood and force Montana taxpayers to fund abortion,” Daines said in a statement to National Review. “We’ve had five bipartisan COVID relief package and not one of them included any provisions that would undermine pro-life protections. We must stand up for life.”

Last month, Daines — who chairs the Senate’s pro-life caucus — led 47 of his Republican colleagues in the Senate in pledging to vote against any legislation that funds abortion or does not include Hyde-amendment protections.

“Congress has passed five bipartisan bills in the past twelve months related to the COVID-19 pandemic that target relief to those who need it most,” Lankford said in a statement announcing his amendment. “All five bills had the normal language that prevents the use of taxpayers’ dollars to pay for abortions. But, now Democrats have determined that this partisan COVID bill should direct American tax dollars to abortions.”

“The Hyde Amendment has passed annually for over 40 consecutive years, regardless of the party in power,” Wicker said to National Review. “Our amendments would apply this important pro-life protection to the Democrats’ proposed spending package, ensuring no taxpayer dollars are used to fund abortions.”

“Funding during a pandemic should save lives, not take lives. Abortion funding should not be in a COVID-19 pandemic bill, Lankford added. “This shouldn’t be controversial.”