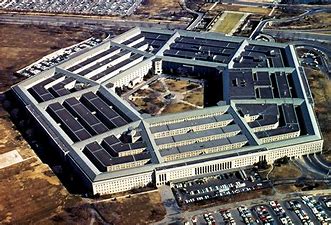 Republicans on the Senate Armed Services Committee are requesting information from the Pentagon regarding a new memo that alleges the Supreme Court’s recent abortion decision will impact the “readiness” of the military force, which the lawmakers argue does not provide sufficient supporting evidence.

The Supreme Court recently overturned the 1973 landmark ruling Roe v. Wade in the case Dobbs v. Jackson Women’s Health Organization, returning the issue of abortion to the states. Following the Dobbs decision, the Undersecretary of Defense for Personnel and Readiness Gilbert R. Cisneros Jr. released a memo on June 28 stating that the court’s decision has “significant implications” for service members and the overall “readiness of the Force.”

Current law prohibits DOD from paying for service members’ abortions unless the life of the mother is endangered and in other more rare circumstances, including incest and rape. Therefore, the Pentagon acknowledges in the memo that there would be no impact on the existing prohibitions under federal law.

The memo also states that the Dobbs decision would have no impact on already existing leave policies, which currently authorize DOD employees to travel to receive abortion services, and sick leave may continue to be used to cover time off needed to receive such procedures.

Despite writing that there would be no change at all to any existing policies, the memo continues: “The implications of the Supreme Court’s decision are complicated and must be evaluated against various state laws, together with the views of the Department of Justice” and that additional guidance may be forthcoming.

Senate Republicans, led by Ranking Member Sen. Jim Inhofe, R-Okla., are now asking the Pentagon to explain why the Dobbs decision would impact military readiness if every abortion access policy in place would not be affected.

In addition, the senators request to know what “additional guidance” the Pentagon plans to use and what policies and procedures are currently under review by the department.

The GOP lawmakers say they wish to be consulted by the Pentagon before any additional guidance is issued as well.