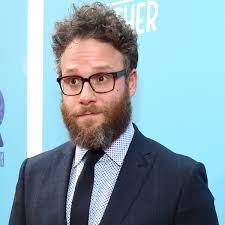 Seth Rogen says he no longer intends to work with actor and filmmaker James Franco due to accusations of sexual misconduct made by several women in 2018.

At the time, Rogen had said he would continue to partner with Franco, but in an interview published by the Sunday Times Magazine this week, Rogen revealed he had changed his mind about working with his longtime collaborator.

“I .. look back to that interview in 2018 where I comment that I would keep working with James, and the truth is that I have not and I do not plan to right now,” Rogen said during the interview to promote his new memoir, “Yearbook.”

“I despise abuse and harassment and I would never cover or conceal the actions of someone doing it, or knowingly put someone in a situation where they were around someone like that,” he said, referring to claims made by actress Charlyne Yi in an Instagram post in April this year.

Yi said she had tried to quit working on the 2017 film “The Disaster Artist,” which starred Rogen and Franco, because of the latter’s behavior, describing him as “a sexual predator” who made her feel unsafe, and adding, “I literally heard of him abusing new women.”

She also specifically mentioned “Seth Rogen and enablers,” criticizing them for not making Franco accountable for his alleged behavior.

James Franco, left, and Seth Rogen arrive for “The Disaster Artist” at the Paramount Theatre during the South by Southwest Film Festival in Austin, Texas, March 12, 2017. (Jack Plunkett/Invision/AP)

Rogen told the Sunday Times that has reconsidered some of his own behavior, including a joke made during a Saturday Night Live sketch in 2014 in which he poked fun at messages in which Franco allegedly tried to arrange a liaison with a 17-year-old girl.

“I very much regret making that joke,” Rogen said. “It was a terrible joke, honestly.”

Though their working relationship has been affected, Rogen did not say it meant they were no longer friends.

“I don’t know if I can define that right now during this interview. I can say it, um, you know, it has changed many things in our relationship and our dynamic,” he said.

Franco won a Golden Globe for best actor for his role in “The Disaster Artist,” after which five women accused him of sexually inappropriate or exploitative behavior.

Rogen and Franco have starred alongside each other in several films including “Pineapple Express,” “This Is The End,” and “The Disaster Artist.”