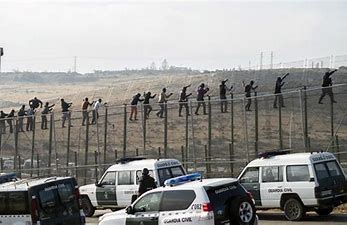 The case, Castanon Nava v. ICE, was filed in response to a four-day raid in Chicago in May 2018—one of several widescale enforcement actions in cities with pro-immigrant welcoming laws, including New York, San Francisco, and Philadelphia. ICE often targeted certain neighborhoods, types of vehicles, workplaces, and commercial spaces where immigrants live, work, and spend time. Agents did not have warrants for most of the people they arrested.

The lawsuit alleged that ICE violated immigration law and the Fourth Amendment to the U.S. Constitution in the way it conducted warrantless arrests. Specifically, before ICE can arrest a person without a warrant, it must determine that the person is likely to escape and that there is reasonable suspicion that the person does not have lawful status in the United States.

But ICE failed to make these findings, particularly during the enforcement action in May 2018. The plaintiffs alleged in the complaint that nearly 70% of the individuals arrested during this four-day sweep were so-called “collateral arrests,” where ICE had not obtained an arrest warrant.

For example, plaintiff Margarito Castañon Nava—a long-time Chicago resident—alleged that he was pulled over while driving a work truck. ICE officers, wearing “Police” vests and not identifying themselves as ICE, coerced Mr. Castañon Nava into giving identification and forcibly fingerprinting and photographing him. He was then arrested without a warrant and taken into ICE detention. Only then did he learn that he was arrested by ICE officers, not police.

Similarly, plaintiff “John Doe” was one of several men driving to work in a work van when ICE pulled them over for “low tire pressure.” When they were asked to produce identification, Mr. Doe and others were arrested. Another plaintiff was arrested without a warrant while walking down the sidewalk.

While the lawsuit was aimed at ICE’s Chicago area of responsibility, the settlement agreement is broader, binding ICE nationally. The settlement requires ICE to:

The settlement takes effect once ICE trains officers nationally, which attorneys expect will be in the next three to four months.

This is an important check on ICE’s often unconstrained authority. Not only will the settlement require ICE to follow the law and provide enforcement mechanisms when it fails to do so, but it will bring immigrant communities a degree of reassurance that they won’t again be subjected to ICE harassment, coercion, and lawlessness.

If we don’t replace Democrats with Republicans majority in 2022, then...