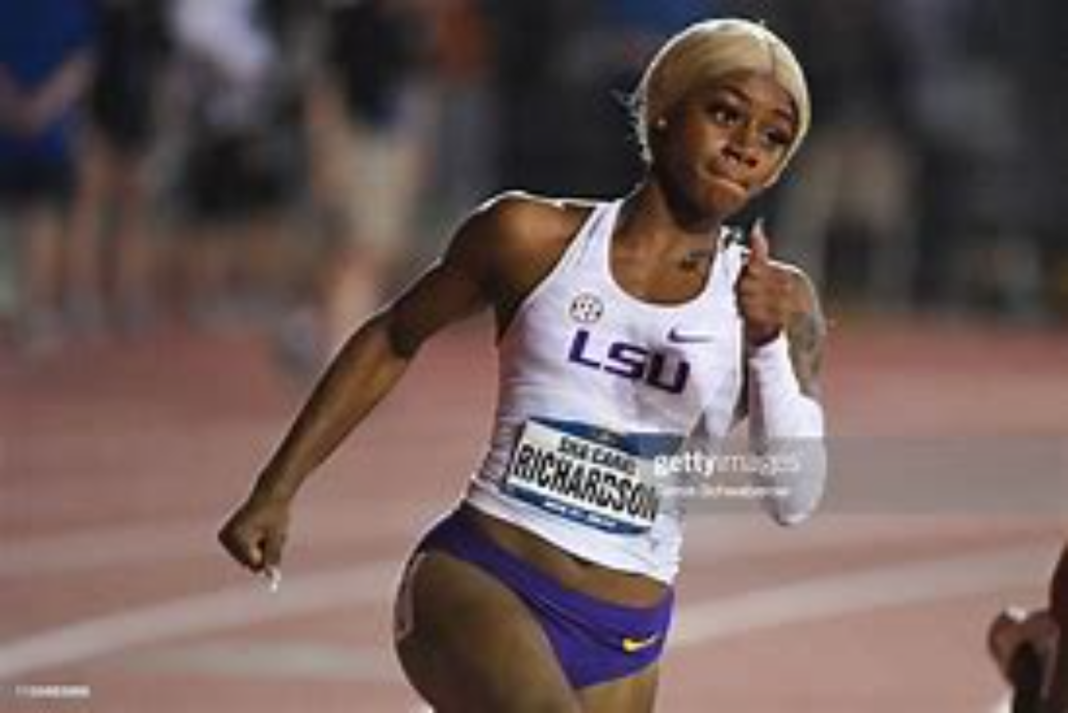 When he’s right, he’s right. About the injustice of her suspension, I mean.

Do we want Biden weighing in, though? It used to annoy righties when Obama would step outside his portfolio and riff on cultural controversies he wasn’t involved in.

I don’t want the White House trying to micromanage the U.S. Olympic Committee either, even when they’re guilty of enforcing a garbage rule.

The press who love to bathe in the intersectionality of race-gender-sports should ask @JoeBiden if he believes Sha’carri Richardson should be barred from representing America for using a drug legal in most states that doesn’t impact performance.

I sure as hell don’t.#unwoke46

Recreational weed isn’t legal in “most” states and I’d question whether supporting Richardson’s suspension makes you “unwoke,” but we don’t need to nitpick here. She should be allowed to run in Tokyo after using a drug which there’s no reason to believe enhanced her performance on the track.

Jen Psaki was indeed asked about Richardson this afternoon and punted:

Psaki says U.S. sprinter Sha’Carri Richardson is an “inspiring young woman,” but her suspension for marijuana use is an “independent decision” by the U.S. Anti-Doping Agency: “We will certainly leave them the space and room to make their decisions” https://t.co/uYBAq4ri9Y pic.twitter.com/gYZgSTgx9N

We know what the rule is, Jen, and who enforces it. The question is whether Biden thinks it’s sensible to keep that rule on the books.

Go figure that the White House didn’t want to get tangled up in a debate about weed related to a matter over which it has no jurisdiction.

Richardson’s getting tons of support online today, including from pro athletes and celebrities. The way the USOC rules are written, it looks like they have no discretion to undo her disqualification in the 100-meter sprint. They’d have to change the rules entirely and apply them retroactively. It’s worth looking again, though, at just how thin the justification for banning weed is:

“People were worried about sport appearing to thumb its nose at criminal law,” Dick Pound, the founder and first president of WADA, told Yahoo Sports on Friday.

So WADA lumped marijuana in with hard drugs like cocaine and heroin. And, said Pound, “it just sort of stayed there.”

For a substance to make WADA’s prohibited list, it must satisfy at least two of the following three criteria, WADA says:

It represents an actual or potential health risk to the athlete;

It has the potential to enhance or enhances sport performance;

It violates the spirit of sport

“It used to be illegal, but now it isn’t in lots of places, but they just sort of forgot to change the rules” isn’t a great reason for denying a hyper-talented athlete a chance at her Olympic dream. As for the three criteria, the first applies to all manner of substances and behaviors, the second is hotly debated with respect to pot, and the third is so subjective as to be all but meaningless. A professor of kinesiology told Yahoo News that, if anything, marijuana detracts from performance. It may relax some people and help them focus, but in others it can disrupt their hand-eye coordination and concentration. The drug can cause long-term health problems in the lungs, but eating fast food can cause long-term damage to the heart and kidneys. Drinking alcohol can cause long-term damage to the liver. Why weed would be singled out as banworthy when other unhealthy substances aren’t in an age when it’s no longer illegal everywhere feels capricious.

Look at it this way. Based on the three criteria, why shouldn’t cigarette use also justify a suspension? Smoking can cause cancer and damage to the lungs; the nicotine is a stimulant that might give athletes an edge or help them focus by “taking the edge off”; and, being a dangerous habit, it shouldn’t be modeled by track stars lest children follow their example. The only meaningful difference between weed and tobacco is that the former is hallucinogenic, not stimulative — but its hallucinogenic properties aren’t what the Committee is worried about in targeting certain substances. What is and isn’t banned seems arbitrary, in other words. And arbitrariness is a bad look when you’re depriving a 21-year-old of a chance to be the best in the world at what she does.