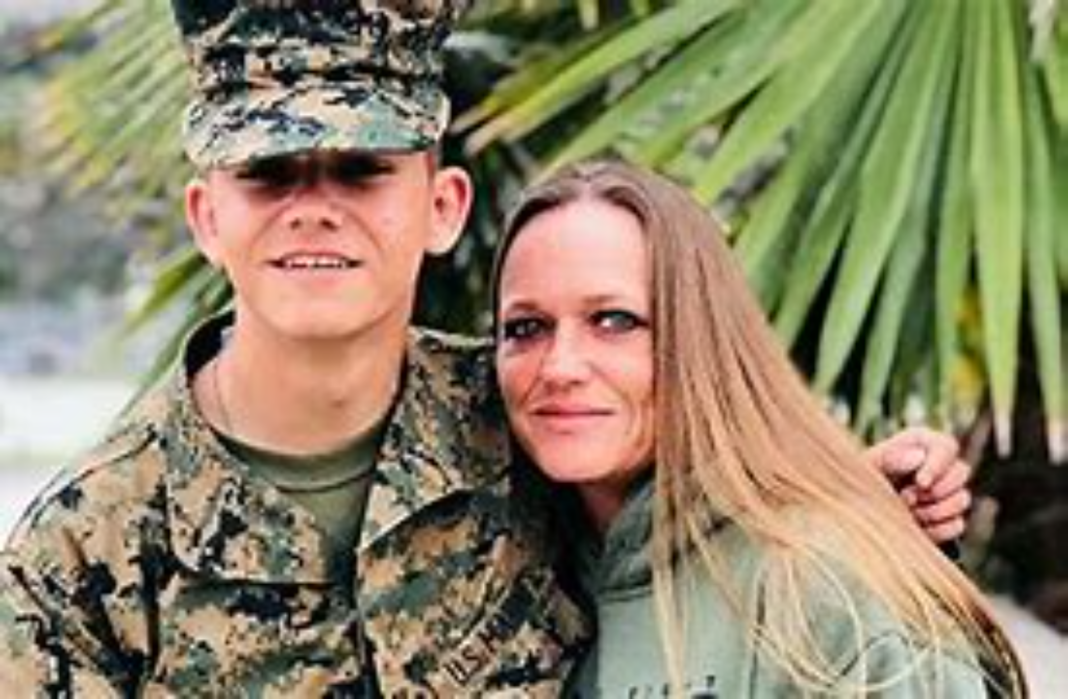 Can you blame her?

Arguably, it was Biden’s incompetence and sheer stupidity in handling the Afghanistan withdrawal that led to her son’s death at the Kabul airport.

Biden placed the Taliban, of all people, in charge of “security,” and low and behold ISIS suicide bombers snuck through and detonated bombs.

A zillion people saw that coming – everyone but Bumbling Joe and his group of nincompoop officials, apparently.

In the end, 13 American service members were killed.

Some of the parents didn’t even want Biden at the ceremony. Some refused to meet with him, but Shana says he met with him, looked him in the eye, and told him that her son’s blood was in his hands.

Shana alleges that when Biden heard that, he turned his back to walk away and “threw up his hands,” she says in a rude gesture as if to say “whatever.”

Shana called Biden out on Instagram and was immediately suspended. The suspension was later lifted after massive public outrage.

The Post Millennial is reporting that A Gold Star mother of one of the fallen Marines killed in last week’s suicide bombing at the Kabul International Airport says that Facebook disabled her Instagram account after she posted about her deceased son. Her older posts questioning the results of the 2020 election appear to have been noticed by Instagram censors after her pictures of her son went viral.

Other Gold Star family members said that Biden continually checked his watch, and seemed, in their words, “annoyed” to have to be there.

I have no reason on earth to believe these outraged families are lying.

In fact, by what we’ve seen thus far from Joe Biden – his callous remarks about the people falling from planes, his laughter and “jokes” he made when reporters asked him about Americans stranded in Afghanistan, the fact that he left Afghanistan without getting all the Americans out, and that clip of him checking his watch, it’s clear to anyone with eyes and ears and a functioning brain, that Joe Biden is callous – and it appears to me that the only thing he really cares about are his tanking polls numbers.

But ironically, he just keeps making matters worse by behaving like a heartless monster.