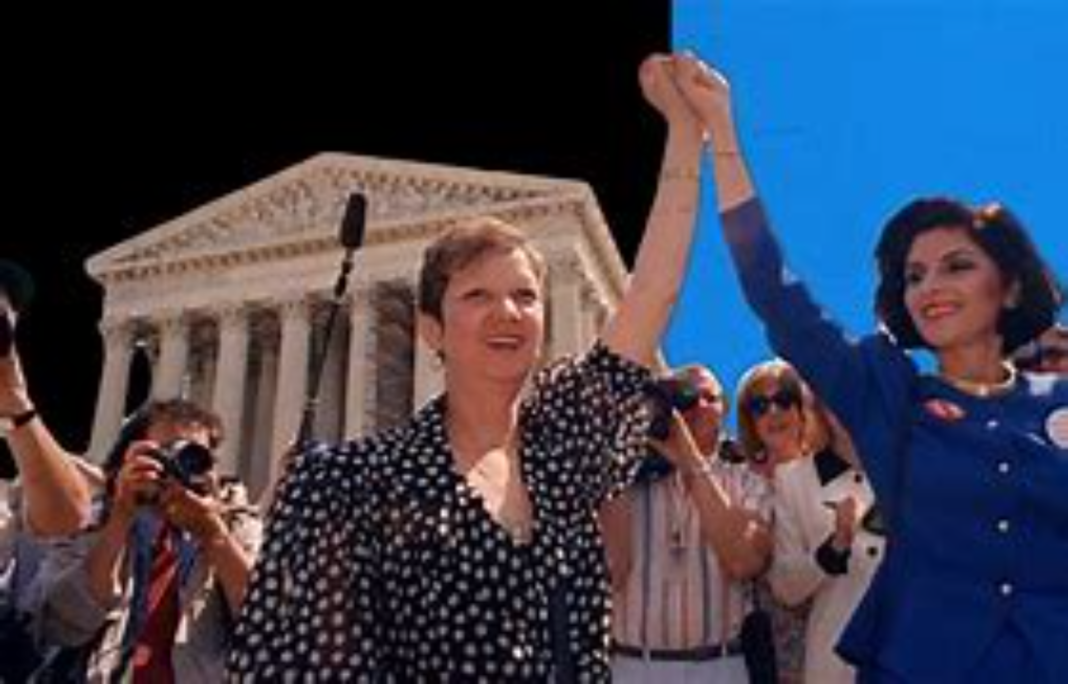 The baby at the heart of the monumental abortion case Roe v. Wade was not aborted—she was born before the Supreme Court’s final decision, but was never publicly identified until now.

“When someone’s pregnant with a baby, and they don’t want that baby, that person develops knowing they’re not wanted,” the “Roe baby” reportedly told author Joshua Prager.

Norma McCorvey’s daughter Shelley Thornton spoke with Prager for the journalist’s upcoming book “The Family Roe: An American Story.” The Atlantic published an excerpt of the book Thursday.

“Secrets and lies are, like, the two worst things in the whole world,” Thornton reportedly told Prager when the two met for the first time. “I’m keeping a secret, but I hate it.”

The excerpt of the book describes Thornton’s adoption, how she came to meet her biological mother through the work of several curious journalists, how she was anonymously written about in tabloids under the name “baby Roe” for years, how she unwittingly became a symbol for the pro-life movement, and more.

Thornton personally shrank away from arguments over abortion, Prager wrote, but when she was faced with the possibility to abort her own child, she chose not to, saying that abortion was “not part of who I was.”

The excerpt details a painful scene in which Thornton reportedly talked to her mother over the phone in the spring of 1994 and McCorvey told her daughter that she and her lesbian partner wished to come and visit Thornton’s family.

Prager wrote, “Shelley had replied, she recalled, that she hoped Norma and Connie would be ‘discreet’ in front of her son. ‘How am I going to explain to a 3-year-old that not only is this person your grandmother, but she is kissing another woman?’”

“Norma yelled at her, and then said that Shelley should thank her,” the excerpt said. “Shelley asked why. For not aborting her, said Norma, who of course had wanted to do exactly that. Shelley was horrified. ‘I was like, ‘What?! I’m supposed to thank you for getting knocked up … and then giving me away.’”

Thornton reportedly told her mother that she would “never, ever thank her for not aborting me,” Prager wrote, and then both women reportedly hung up their phones in anger.