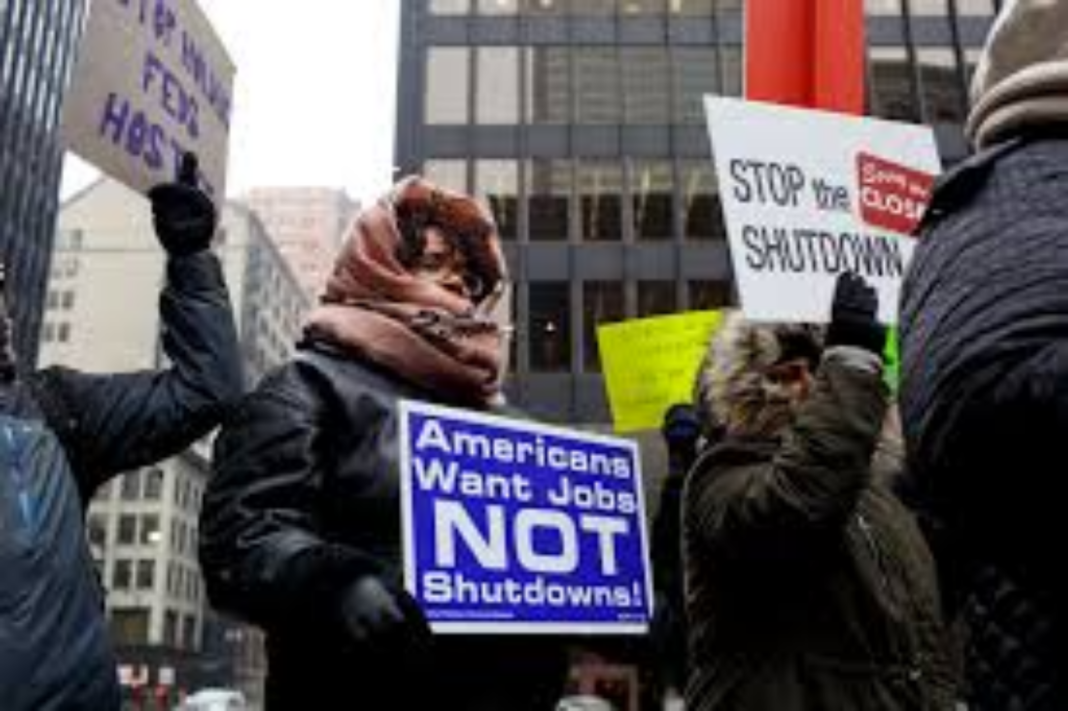 The Wall Street Journal notes that, as the coronavirus disappears in the rear-view mirror, two Americas are emerging:

The unemployment rate in April nationwide was 6.1%, but this obscures giant variations in the states. With some exceptions, those run by Democrats such as California (8.3%) and New York (8.2%) continued to suffer significantly higher unemployment than those led by Republicans such as South Dakota (2.8%) and Montana (3.7%).

It’s rare to see differences that are so stark based on party control in states. But the current partisan differences reflect different policy choices over the length and severity of pandemic lockdowns and now government benefits such as jobless insurance.

Nine of the 10 states with the lowest unemployment rates are led by Republicans. The exception is Wisconsin whose Supreme Court last May invalidated Democratic Gov. Tony Evers’s lockdown. The unemployment rate in Wisconsin is 3.9%—the same as Indiana—compared to 7.1% in Illinois whose Gov. J.B. Pritzker has been slow to reopen.

This chart shows the highest and lowest state unemployment rates:

Of course, blue-state governors who imposed long and stringent shutdowns would say that they did so for reasons of public health. Harsh shutdowns, they may argue, were necessary to slow the spread of the Wuhan virus.

Liberal governors would perhaps argue that, for some reason, they faced worse virus epidemics than most states; that their long shutdowns were therefore necessary, and that if they hadn’t been so draconian there would have been even more deaths. They can say that, but there isn’t a shred of evidence that it is true. The basic data indicate that harsh shutdowns caused enormous damage to millions of lives and gained nothing in terms of public health.

PAUL ADDS: I don’t think there’s any question that lockdowns hurt the economies of states that, for an extended period of time, imposed them, or that they produced more unemployment than would have occurred absent the lockdowns. The Wall Street Journal’s analysis illustrates the latter reality, which is intuitively obvious, as well.

A measurement of lockdowns’ adverse effects on unemployment would require a more refined analysis. For example, it seems clear that Hawaii is experiencing the nation’s highest unemployment rate not primarily because it shut down or because it has a Democratic governor, but because it relies so heavily on tourism, and people didn’t want to fly to Hawaii, or couldn’t, during a pandemic (shutdown or not).

A more complete analysis would also include the comparative unemployment rates before and after the pandemic hit, not just what the rates are now. I doubt that this comparison would change the result much, but it’s a necessary component of measuring the effect.

And before fully assessing the impact of shutdowns on workers — and before agreeing that two Americas are emerging — I will want to know the extent to which the effects of unemployment were mitigated by government payments and how quickly (or slowly) the unemployment rates will drop in lockdown states now that normal service is being restored.

As for the impact of lockdowns on public health, I think a sound analysis would show that lockdowns did prevent deaths. Other things being equal, we should expect states like New York, where the pandemic struck early in a densely populated city and where the governor botched the handling of nursing homes, would have more deaths per capita than rural states to which the virus spread later. Thus, to compare deaths per capita in New York and New Jersey with those in Nebraska and Idaho doesn’t make much sense to me.

It’s more probative to compare Minnesota and the Dakotas. Deaths per one million people in Minnesota, where the governor imposed a lockdown, are 1,329. In South Dakota and North Dakota, which did not lock down, deaths per one million are 2,272 and 1,984, respectively (according to numbers reported in Worldometer).

We also know that Sweden, which did not lock down, had vastly more deaths per capita than Norway and Denmark, which did. According to numbers reported in Worldometer, Sweden had 1,419 deaths per one million, compared to 433 in Denmark and only 143 in Norway .

We would expect more convergence in state-to-state U.S. numbers than in the numbers of separate countries. Thus, it’s not surprising that we don’t see the same stark differences in neighboring states like Minnesota and the Dakotas that we see in Scandinavia. However, the former differences are still telling, in my view.

JOHN responds: I disagree. Paul doesn’t comment on the Minnesota-Wisconsin comparison, which is as close to apples-to-apples as we are going to get. Minnesota locked down drastically, Wisconsin didn’t, and the coronavirus deaths were identical. As for the Dakotas, North Dakota did lock down, unlike South Dakota, and their death totals are virtually the same.

As I wrote here, an obvious variable is what percentage of a state’s population, pre-covid, was in nursing homes. That percentage varies surprisingly widely from state to state. I looked at the Upper Midwestern states in my post, and found that nursing home population went a long way toward explaining covid death rates. There were many more people in nursing homes, per capita, in Iowa, North Dakota and South Dakota than in Minnesota and Wisconsin before the epidemic began. I also looked at nursing home populations in various states around the country and found similar correlations.

So I continue to believe that there is no sound empirical basis for thinking that lockdowns, or the severity of lockdowns, made a material difference in covid results.