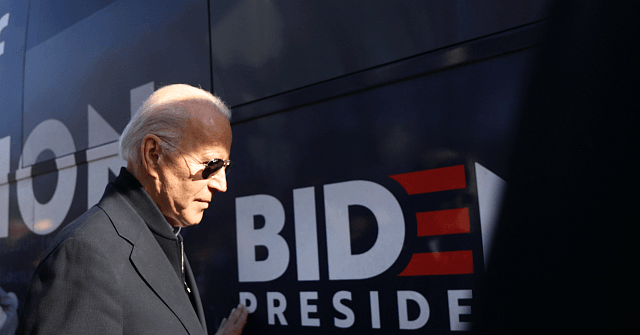 The Democrats have proposed, within President Joe Biden’s first 100 days, radical initiatives contrary to Biden’s “back to normalcy” campaign sold to the American people.

These radical ideas and proposals run counter to what Biden said during his announcement speech for president:

The American people want their government to work, and I don’t think that’s too much for them to ask. I know some people in D.C. say it can’t be done. But let me tell them something, and make sure they understand this. The country is sick of the division. They’re sick of the fighting. They’re sick of the childish behavior.

The Supreme Court packing initiative has not been attempted since 1937. But that changed April 15, when several congressmen introduced legislation to do so.

Our democracy is in jeopardy today because the Supreme Court standing is sorely damaged. The way we repair it is straightforward. We can undo the damage that the Republicans have done by restoring balance. And we do it by adding four seats to the Court to create a 13-member Supreme Court.

Yet when Joe Biden was asked about packing the Court during his campaign, he would not articulate his direct position for fear of its shaky popularity. Instead, Biden said he would convene a commission to determine the merits of such a decision, which he has since done.

Upon the news of a court-packing bill, House Speaker Nancy Pelosi (D-CA) said she stands with Biden’s commission without entirely dismissing the pending legislation.

According to the Congressional Research Service, while Congress has expanded the federal courts based on caseload in harmony with the Constitution, “some contend that expanding the Court with the intent to shape the Court’s composition and obtain more favorable case outcomes [for the president] may raise constitutional questions.”

The Biden administration released its “wish-list amnesty and cheap labor bill” January 29, while  indicating “it would cooperate to push through a series of smaller amnesty bills,” Breitbart’s Neil Munro reported.

“If we can reach an agreement soon, very soon, we will have the base bill reintroduced and then that will be our starting point to build support as well as consider any additions, too,” Sen. Dick Durbin (D-IL) said to Newsweek.

“If Congress is able to put together a package with a path to citizenship for essential workers, Dreamers, temporary protected status holders, and agricultural workers ‘that’s something the White House would give a good look at,’” an undisclosed source said.

Of course, the dilution of the American electorate, replaced with voters favoring the Democrat Party, is the ultimate goal.

The House Judiciary Committee approved a bill Wednesday that would designate a commission to study reparations for black Americans over slavery.

“The bill would create a 15-member ‘Commission to Study and Develop Reparation Proposals for African Americans,’ which would recommend ‘appropriate remedies.’” Breitbart’s Joel B Pollak reported.

The text of the bill argues that slavery resulted in “systemic” discrimination against black Americans… but it is unclear who would pay reparations and to whom.

“Rep. Burgess Owens (R-Utah), one of two Black Republicans in the House, characterized the legislation as portraying Black communities as helpless while ignoring their successes,” Washington Post reported.

The House of Representatives passed H.R. 1 March 3, dubbed the “For the People Act,” which will ultimately lead to the federalization of U.S. elections.

Fox News reported, “The legislation would establish a 6:1 match for each grassroots contribution to a candidate up to $200. For example, a $200 donation to a House candidate would garner a $1,200 match in public funds for a total contribution of $1,400.”

Before the bill was passed in committee, Rep. Any Biggs (R-AZ) said the ultimate contention seems to hinge “on the 23rd Amendment, which guarantees the federal Capitol at least three electors in presidential elections.”

The representative’s perspective is supported by legal scholars, who have denied D.C. statehood’s feasibility without a Constitutional amendment to the 23rd Amendment. The Office of Legal Counsel in 2007 stated it was unconstitutional, the Justice Department under former President Reagan and former President Carter said the transformation was unconstitutional, and so did Supreme Court Justice Antonin Scalia, when he sat on the D.C. Circuit Court of Appeals.

The Electoral College seems to be under attack as well. Thursday, a resolution was introduced to abolish the weighting system that maintains equality among the United States’ vast and differing populations when voting in the presidential election.

Many radical Democrats have long attempted to remove one of the most important institutions in the country. On the first day Democrats assumed control of the House of Representatives in January 2019, Rep. Steve Cohen (D-TN) proposed killing the electoral college.

“In two presidential elections since 2000, including the most recent one in which Hillary Clinton won 2.8 million more votes than her opponent, the winner of the popular vote did not win the election because of the distorting effect of the outdated Electoral College,” Cohen wrote.

“You won’t be surprised to hear that I passionately believe it’s time to abolish the Electoral College,” the failed presidential candidate wrote in an  op-ed in the Atlantic in 2018, which she reiterated two years later, “I believe we should abolish the Electoral College and select our president by the winner of the popular vote, same as every other office. But while it still exists, I was proud to cast my vote in New York for Joe Biden and Kamala Harris,” she tweeted.

Mayor Pete: ‘Everything Under The Sun Is Infrastructure!’

Maryland:Monkeypox Infection Confirmed in Resident Who Recently Returned from Nigeria