Roce Today – Politics, Opinions, Gun Rights,Pro-Life and Border Wall
Home Politics Sleepy Joe Appears to be Sleeping in the middle of the Meeting... 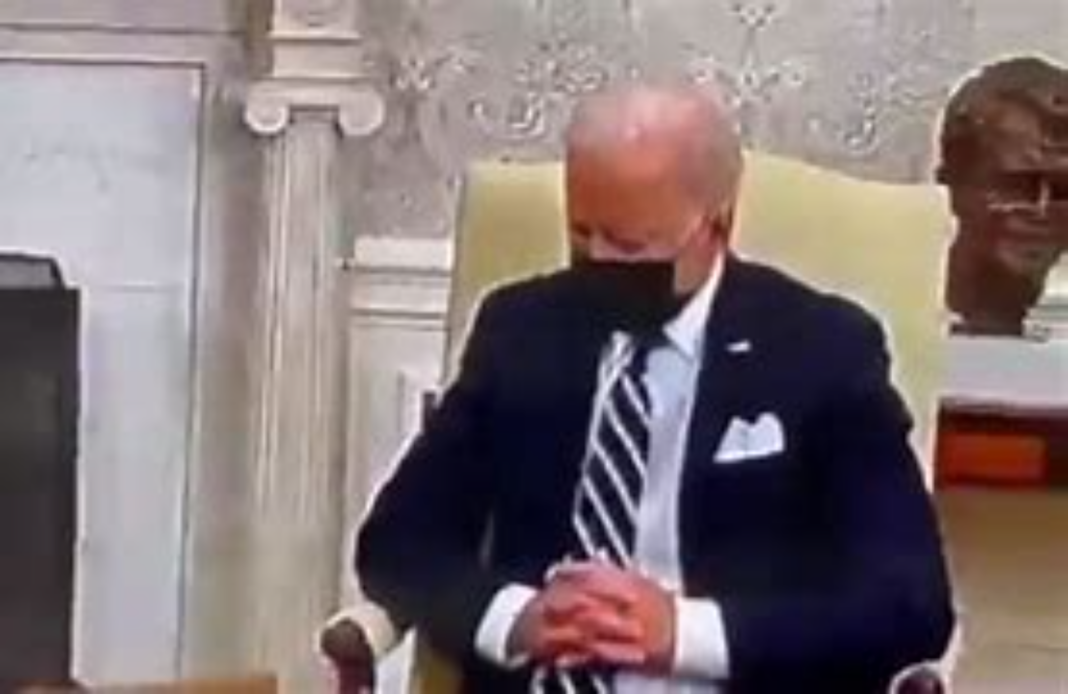 There’s a 32-second video of what appears to be Joe Biden sleeping in the Oval Office while the new Israeli PM talks directly at him.

From this 32-second video, it does appear that he’s sleeping.

WATCH: Joe Biden appears to doze off in the middle of a meeting with Israeli Prime Minister Naftali Bennett pic.twitter.com/2778gJGZI2

WATCH: Joe Biden appears to doze off in the middle of a meeting with Israeli Prime Minister Naftali Bennett pic.twitter.com/2778gJGZI2

But Joe’s online supporters (or bots, it’s hard to tell) are saying the video is not correct, that he didn’t fall asleep.

They’re insinuating that the video is either “selectively edited” or fake, or we just don’t realize that Joe is “deep” in thought.

So, I decided to do some digging, and I found the full 11+ minute CSPAN video of the meeting between the two men.

And after watching it, my personal opinion is that Joe Biden did likely doze off for approximately 33 seconds, from the 10:16 mark to the 10:49 mark.

In my opinion, it’s the prime minister’s attempt at having direct eye contact with Joe that gives it away the most.

Joe’s head stays motionless when it’s obvious the prime minister is talking directly at him and looking at him… that’s what really makes it appear that he was sleeping for about 33-seconds.

This is a screengrab from the 10:35 mark, and you can clearly see that Joe’s eyes are closed.

This is the full video, if you want to get the part I mentioned, that’s at 9:58:

Here’s what folks are saying online about this incident:

“God help us, we’re being led by Rip Van Winkle”

“What’s even scarier is Kamala and Nancy are next in line. Heaven help us.”

“This shit is not funny anymore. His family failed him.”

“In fairness, if I screwed up as many things as Joe has, I’d be tuckered out too.”

“He’s better asleep, when he cannot screw up so much. Keep it down, Joe!”

“The world is watching in disbelief”

Of course, the left thinks this guy is sharp as a tack and wide awake and just “soaking in” everything the PM has to say – and the right thinks Joe’s slow, sleepy, and senile.

I dunno, based on everything considered, I think the right “wins” this argument, hands down.

Don’t believe the lie about stocks

Fintech sector is seen as a way for the British Capital