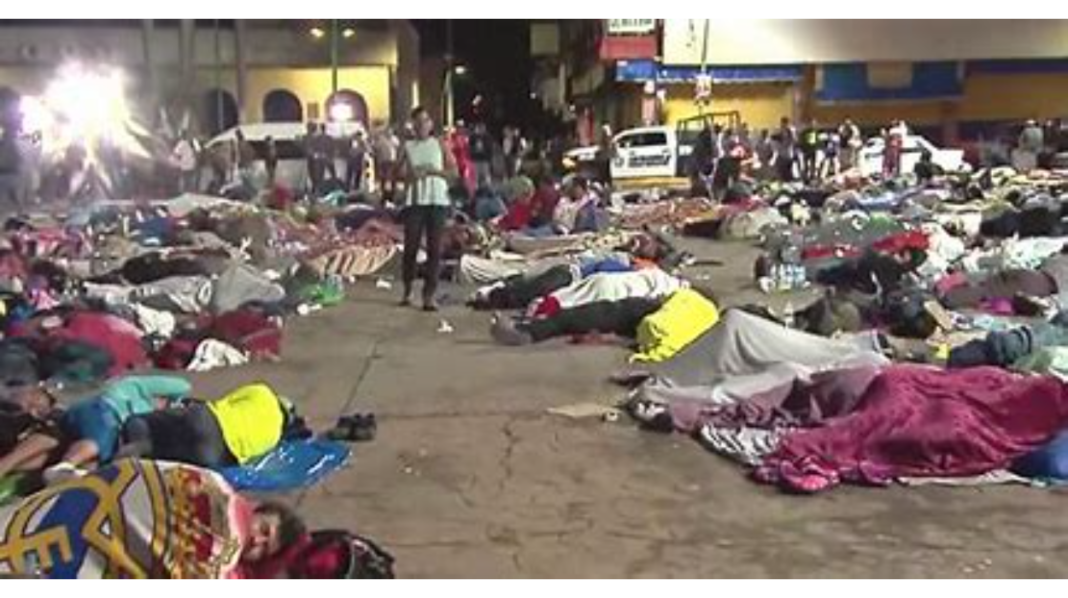 The border between the two countries has been little more than an imprecise line in the sand for decades, defined mainly by the occasional and often collapsing pillar in the Sonoran desert. However, uncontrolled smuggling, the Mexican Revolution, and the start of World War I had divided the border community, creating fear and escalating tensions.
Donald Trump took this issue seriously. During his presidential campaign, Donald Trump promised to build a wall along the US’s southern border to prevent “illegal” immigration from Mexico and Central America, as well as the admission of drugs. He promised his followers that Mexico would pay the bill for the border wall. President Donald Trump has referred to the situation on the US southern border as an “invasion.”
Trump claims that his border wall will work because it has in the past. He has used China’s Great Wall as an example of a physical barrier’s success. No. The construction of China’s wall, a series of walls, took nearly 2,000 years and cost hundreds of thousands of lives. However, China’s barriers did not keep Outsiders out.
The same thing happened in this country, and Trump’s wall will not work. It is unlikely to lower the number of undocumented immigrants in the United States, and it may even have the opposite impact. Furthermore, it will not prevent drugs and terrorists from entering the United States. More than 20 years ago, Congress ordered an electronic entry-exit system, but it has yet to be implemented due to opposition from the tourism sector and other groups. A biometric entry-exit system would maintain track of most persons entering and exiting the United States, reducing visa overstayers. However, Trump has no intention of putting such a system in place. All he needed was a wall.
Undocumented immigrants make up over a quarter of the 44 million persons in the United States born in another country, or roughly 10.7 million people. These are the people Trump wants to deport. However, he appears to be unaware that over half of all undocumented immigrants, or nearly 4.5 million, are visa overstayers. They entered the United States with valid passports and visas but either overstayed their visas or broke the terms of their entrance into the country, sometimes by accepting employment.
According to the most recent Pew Research Center figures, the United States had 10.7 million undocumented immigrants in 2016, down 13% from a record of 12.2 million in 2007. Unauthorized immigrants from Mexico were almost solely responsible for the decade-long fall, even as numbers from El Salvador, Guatemala, and Honduras climbed. Meanwhile, an increasing number of unauthorized immigrants had not entered the nation unlawfully, but rather those who had entered the country legitimately and subsequently overstayed their visas.
The majority arrived legally through major airports in San Francisco, New York, Los Angeles, Houston, and other cities across Asia, Europe, and other continents. Trump’s wall will be insufficient to keep them out.
However, since Joe Biden took office in January, the United States has seen a record flood of migrants at its southern border, generating widespread criticism of the administration’s policy. . . . . . . .
By the end of 2021, Mr. Biden’s Homeland Security Secretary Alejandro Mayorkas expects two million “encounters” between federal officers and migrants along the border. Approximately 125,000 unaccompanied youngsters have already been placed in government custody. According to the US government, about 2 million people entered the country without authorization for 12 months ending September 30. President Joe Biden came to the White House with the promise of addressing long-standing immigration issues.