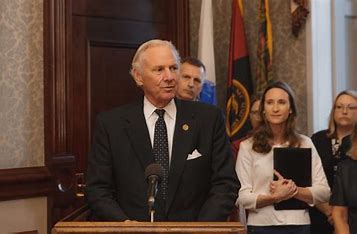 “We applaud the court’s decision to protect the people of South Carolina from this cruel law that interferes with a person’s private medical decision,” said Jenny Black, president and CEO of Planned Parenthood South Atlantic, in a statement. “Today the court has granted our patients a welcome reprieve, but the fight to restore bodily autonomy to the people of South Carolina is far from over. No matter what happens, we will never stop fighting for our patients’ right to make their own decisions about their bodies and futures.”

The South Carolina abortion ban prohibits an abortion if a fetal heartbeat is detected. That kind of ban is usually referred to as a heartbeat law. South Carolina does allow exceptions for the health or medical condition of the mother.

I’ve written several posts about abortion bans in pro-life states since the Dobbs ruling. When the Supreme Court ruled and overturned Roe v Wade, abortion went back to the states after being a federal subject for over 50 years. Some states had trigger laws in place, waiting for the day the Supreme Court would make such a ruling. Other states began debating abortion laws in their state legislatures. This seesawing of temporary abortion bans and legal challenges in individual states will be a drawn out process. In the end, though, the states will have the final word. The only way abortion goes back to a federal law is if Roe v Wade is codified by Congress. That’s not going to happen.

South Carolina is the latest pro-life state to announce a temporary ban to a trigger law.

A judge had previously denied a request to temporarily block the abortion ban on July 26. The plaintiffs, including Planned Parenthood South Atlantic, had asked the judge for an injunction as the lawsuit continued through the courts.

The plaintiffs argue the ban violates “the South Carolina Constitution’s right to privacy and its guarantees of equal protection and due process,” according to the court documents.

South Carolina Attorney General Alan Wilson, a Republican, noted he was “disappointed” in the outcome, though temporary.

“While we are disappointed, it’s important to point out this is a temporary injunction. The court didn’t rule on the constitutionality of the Fetal Heartbeat law. We will continue to defend the law,” he said in a statement.

On Tuesday, the Republican-led state legislature passed its fetal heartbeat law, a near-total abortion ban bill. The “South Carolina Human Life Protection Act,” moved out of the state House Judiciary Committee and is on its way to the state House floor for debate. Rep. John R. McCravy III, one of the bill’s drafters, is focused on the bill bringing an end to abortion being used as a method of birth control in the state.

Language in the bill clarifies legal protection for contraception, with McCravy noting during the hearing that the bill would not restrict contraception access. The bill also prevents the mother from being prosecuted while making it illegal for physicians to perform the operation other than in the case of a medical emergency.

The state Constitution cites the “fundamental duty” to ensure “equal protection for the life, health, and welfare of all persons, including preborn children from conception.” in Section 3, Article 1. The unborn child is protected before birth.

As I said above, this is another state that is battling to restrict abortions and challenged by abortion providers. It’s not over and won’t be for some time.

IMF:Lebanon has yet to give figures for financial losses