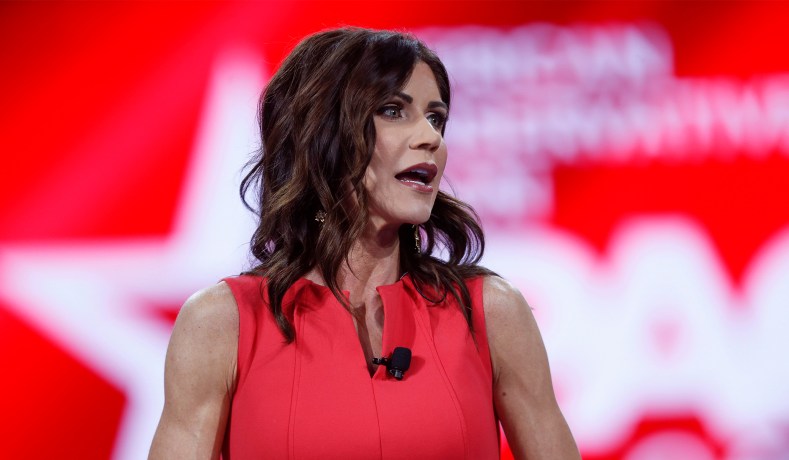 Kristi Noem, the governor of South Dakota, has written a column at National Review to explain why she vetoed a bill that would have barred biological boys from joining girls’ sports teams in her state. To make her case, Noem points out that she’s resisted implementing useless and intrusive economy-killing COVID restrictions over the past year. That is true. The governor boasts about all the conservative legislation she’s signed — among them, a constitutional carry bill, a born-alive protection bill, and homeschool reforms. Indeed, she has done all of that. Noem notes that she was a female athlete and comes from a family of female athletes, making the issue “very personal” for her. That’s nice as well.

None of these accomplishments, however, explain her veto. And the fundamental problem with her new piece — indeed, her entire case for vetoing the “Women’s Fairness in Sports” bill — is that she has yet to lay out the alleged legal hurdles that would constrain her from signing it. Other states, including Arkansas, have very similar laws. Noem won’t even admit that she vetoed the bill.

Even if we concede that lawsuits would be in the offing, so what? At worst, South Dakota would be back where it started after a very public debate on an issue Noem claims is vitally important to her. At best, Title IX protections are restored. It’s tough to read Noem’s insincere rationalization a week after writing about someone like Jack Phillips, who stood up to an entire state to protect his religious liberty even after most people told him he would lose.

And it seems rather obvious that Noem caved to threats. She told Tucker Carlson that she had consulted with legal scholars for “many, many months” and had been “working on this issue for years.” And the day the bill passed the Senate, Noem tweeted: “In South Dakota, we’re celebrating #InternationalWomensDay​ ​by defending women’s sports! I’m excited to sign this bill very soon.” What changed? Noem contends she doesn’t “mindlessly follow the urges of the loudest voices.” But the loudest voice here was that of the NCAA. Noem would have been better off arguing that she did not want South Dakota to suffer job losses and economic hardships inflicted on them by radical woke corporate America. Certainly, that would have been more honest and palatable than trying to slink out of her capitulation by blaming legal technicalities.

Uvalde cops went into the school to get their own kids...

Iran: Afghanistan is the next battle ground