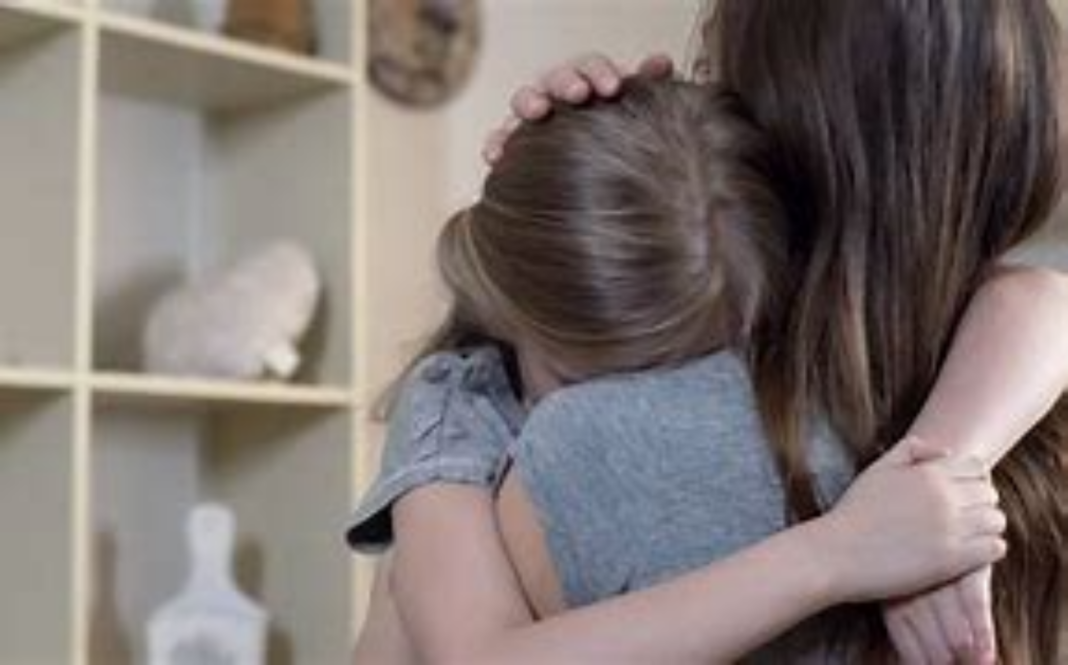 On June 11, the Southern Baptist Convention (SBC) Executive Committee announced it would be hiring Guidepost Solutions to conduct an independent review of its handling of sexual-abuse allegations.

The annual meeting of the SBC will be held in Nashville on June 15-16. Pastors Ronnie Parrott and Grant Gaines announced on June 5 they would introduce a motion at the annual meeting to have the new president elected June 15 appoint a task force to hire a third party to run an independent investigation. This would be different than the investigation the SBC Executive Committee announced. The SBC Executive Committee would be hiring Guidepost Solutions to investigate itself, and some voices in the SBC are skeptical that an investigative team appointed by the Executive Committee could be trusted to do unbiased work. The SBC presidency is constitutionally separate from the Executive Committee, so having the new president appoint a task force to hire a third party to investigate would avoid some possible conflicts of interest.

Albert Mohler, one of the leading candidates for SBC president, tweeted the Baptist Press article about Floyd supporting an independent investigation and said, “This is the right thing to do,” seeming to signal his support. Whether that support is for the Executive Committee–hired investigation or the pending motion from Parrott and Gaines is unclear.

A measure that wasn’t on most people’s radars a month ago now seems to have become mainstream opinion within the SBC. After weeks of hearsay back and forth, it makes sense to bring in a third party to investigate.

On May 18, Russell Moore announced his resignation as president of the Ethics & Religious Liberty Commission (ERLC), the SBC’s public-policy arm. On June 2, a member of the ERLC board of trustees leaked a letter Moore had written in February 2020 that, among other things, recounted specific instances of racism and attempts to cover up sexual abuse by the SBC Executive Committee.

Another letter from Moore, this one dated May 31 of this year and addressed to current SBC President J.D. Greear, made many of the same allegations. Unlike the February 2020 letter, however, the May 31 letter specifically names Mike Stone as someone who “vigorously insisted on delaying the formation of a credentials committee to assess churches reported to be mishandling sexual abuse.”

Stone is another leading candidate for SBC president, and a leader within the Conservative Baptist Network, a group whose members believe the SBC is becoming too liberal. Stone released a statement in response to Moore’s February 2020 letter saying that the timing of the release was to influence the results in the upcoming SBC elections.

On June 5, Stone appeared in a video posted to the YouTube channel of Emmanuel Baptist Church of Blackshear, Ga., where he is pastor. This video was in response to the May 31 letter from Moore. Stone promises to be “relatively brief” at the start of what turns out to be a 14-minute clip—a little too on the nose coming from a Southern Baptist preacher—but his response to the allegations deserves to be heard in full.

In the video, Stone states that he himself was a victim of sexual abuse as a child. He first spoke about that publicly in 2019. As a victim himself, he finds it offensive that Moore would accuse him of stonewalling accountability for abusers. He repeatedly calls Moore’s letter “slanderous,” “outrageous,” and “ungodly.”

Stone objects to the method by which the public has found out about these allegations, through leaked letters, saying, “That is not the way that professionals deal with their information, and quite frankly even more importantly, that’s not how the people of God deal with it.” Later in the video, Stone says that Moore has never confronted him in any one-on-one communication on the issue.

Stone was elected SBC Executive Committee chairman in June 2018, and he says that the first thing he did in that role in summer 2018 was support a motion to give the ERLC $250,000 to fund work on sexual-abuse prevention. At that time, his status as a victim of child sexual abuse was not publicly known. He said that after he realized that approval by the full committee was assured, his emotions overwhelmed him and he went to the bathroom and vomited. “I was so grateful to be a part of addressing this horrific and heinous injustice committed against the most vulnerable members of our Southern Baptist churches,” Stone said.

Stone goes on to say that it’s “a bold-faced lie” that the working group he was a part of on the SBC Executive Committee tried to cover up sexual abuse or exonerate churches found to have sexual abusers working in them. He said that as a result of his experience as a victim, Emmanuel Baptist Church has very strict policies for its employees that work with children to prevent abuse, and church members only fully realized why after he spoke publicly in early 2019 about being abused as a child. “Nobody who knows me believes that I would ever be a part of trying to cover up sexual abuse or silence its victims. That, again, is an outrageous lie,” Stone said.

On the same day as Stone’s response was posted to YouTube, Ronnie Floyd released a short statement that said, “I do not have the same recollection of these occurrences as stated [in Moore’s May 31 letter].” He said he takes the allegations seriously, and some of them occurred before he was president and CEO of the SBC Executive Committee.

By June 5, the public had read and heard these contrasting accounts of happened behind closed doors. Then, on June 10, we got some recordings.

Phillip Bethancourt, vice president of the ERLC under Moore, tweeted, “Southern Baptists deserve to know the truth by hearing leaders talk about sexual abuse in their own words.” The tweet contained a link to a Google Doc of what Bethancourt called a “whistleblower report.” Bethancourt was present in a lot of the same meetings as Moore, Floyd, and Stone, and he was recording parts of them. He stated that the recordings were done legally and in accordance with the SBC’s rules:

This audio was lawfully captured by me in the one-party consent states of Tennessee and Georgia. It was appopriately [sic] captured in a manner consistent with the practice of the Sexual Abuse Advisory Group during major meetings and strategy sessions; real time documentation was often captured to ensure both the accuracy of notes and the clarity of follow up actions. I did not anticipate this audio might ever become necessary in a moment like this.

Bethancourt said that the full recordings couldn’t be released because they contain names of abuse victims and he doesn’t have their consent to share them. He did say, however, that he would be willing to turn the full recordings over to an independent investigation team, should one be approved at the annual meeting next week.

The recordings do not contain anything that validates the most explosive allegations in Moore’s letters, which included racist remarks made against author and speaker Trillia Newbell and former SBC president Fred Luter. Bethancourt told Religion News Service that Paige Patterson, a now disgraced former SBC leader, made those remarks. Patterson denied having done so. They also do not contain any speak of “bubbas and rednecks,” a phrase Moore claimed was used to describe the base of the denomination, or the statement, “This is psychological warfare,” which Moore claimed was directed at him.

They do, however, corroborate other parts of Moore’s account. On the Nashville recordings, Floyd expresses concern that participants in the Caring Well Conference were allowed to “say what they want to say” even if it reflected poorly on SBC leadership. Moore made a point of not putting restrictions on speakers at the conference. Floyd brings up that funding for the conference came from the SBC Executive Committee and asks Moore what he is supposed to say to people who ask him why people were allowed to “degrade” the SBC on the SBC Executive Committee’s dime. Moore answers, “Because we’re not in a criminal conspiracy to cover up what happened.” Floyd asks why the ERLC didn’t “put parameters on what they say.” Moore answers that the press would have attacked the SBC for appearing as though it was covering up for abusers.

In another recording from the Nashville meeting, Floyd says that he isn’t “scared by anything the survivors would say,” but instead just wants to “preserve the base.” Moore and Bethancourt each respond that they think the best long-term strategy for preserving the base of the denomination is by letting people tell the truth, even if it makes the denomination look bad in the short term. Floyd seems to signal agreement, at least in part, with Moore and Bethancourt at the end of that recording.

In the Atlanta recordings, Stone expresses concern that “good people were thrown under the bus” with respect to sexual abuse allegations. He objects to the “process” that Bethancourt supported to deal with sexual abuse, and considered it an “unseemly approach to trying to work together” within the denomination.

Moore’s interpretation of events as a veiled threat against ERLC funding is reasonable given the Nashville recordings. By bringing up the source of conference funding in the way Floyd does, one can see how Moore might think he wouldn’t be able to get such funding again. Conditioning Executive Committee funding on speakers being constrained in what they can say about the SBC would be an awful thing to do. Floyd did not propose that, but one can see why Moore would be concerned about the prospect.

The Atlanta recordings demonstrate that Stone was hesitant about some details regarding the denomination’s process to hold abusers accountable. But they do not demonstrate that he was trying to orchestrate a cover-up. People can disagree about process without disagreeing about purpose.

Seven minutes of recordings do not provide any conclusive answers. Another interpretation of these recordings is that they capture leaders of an organization with millions of members and massive financial obligations having frank conversations that they believed would remain private. Any organization of that size, religious or secular, is going to have leaders who disagree about strategy and long-term planning. Three of the recordings are edited such that Moore has the last word. Excerpted from longer conversations, it’s difficult to know how those conversations actually resolved.

Ultimately, the recordings provide enough evidence that there’s something worth investigating. SBC opinion seems to be coalescing around that conclusion. The behavior of leaders in religious organizations is held (and should be held) to a very high standard. Southern Baptists should want to know what happened, and leaking letters and recorded conversations on the Internet is not the best way to find that out. There’s enough that’s public knowledge now to make clear the nature of the controversy. An independent third party is going to be necessary to provide any satisfactory answers.

France: We have to make the EU recovery quicker