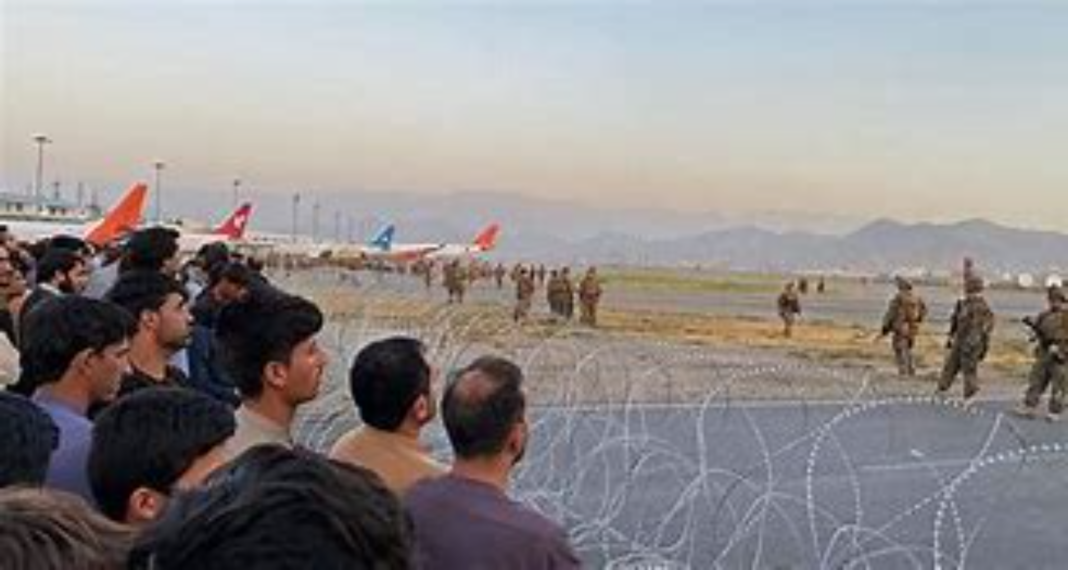 Our Zachary Evans reports that the Biden State Department is telling Americans stuck in Afghanistan that they are on their own. Our fellow citizens have been advised by their government both that they should make their way to the airport and — in capital block highlighted print — that “THE UNITED STATES CANNOT GUARANTEE YOUR SECURITY AS YOU MAKE THIS TRIP.”

Given this shocking notification, it is worth remembering what President Biden represented to the nation just a day ago.

Twice, he assured us that his administration had planned for “every contingency,” expressly “including the rapid collapse we’re seeing now” — i.e., the collapse of the U.S.-backed regime in Kabul and takeover of the country by the Taliban. One glaringly obvious and imperative contingency, of course, was the safe evacuation of American civilians.

Let me lay out the current mission in Afghanistan: I was asked to authorize, and I did, 6,000 U.S. troops to deploy to Afghanistan for the purpose of assisting in the departure of U.S. and allied civilian personnel from Afghanistan, and to evacuate our Afghan allies and vulnerable Afghans to safety outside of Afghanistan.

He can’t guarantee the safety of the Americans. How is he possibly going to get tens of thousands of Afghan civilians out?