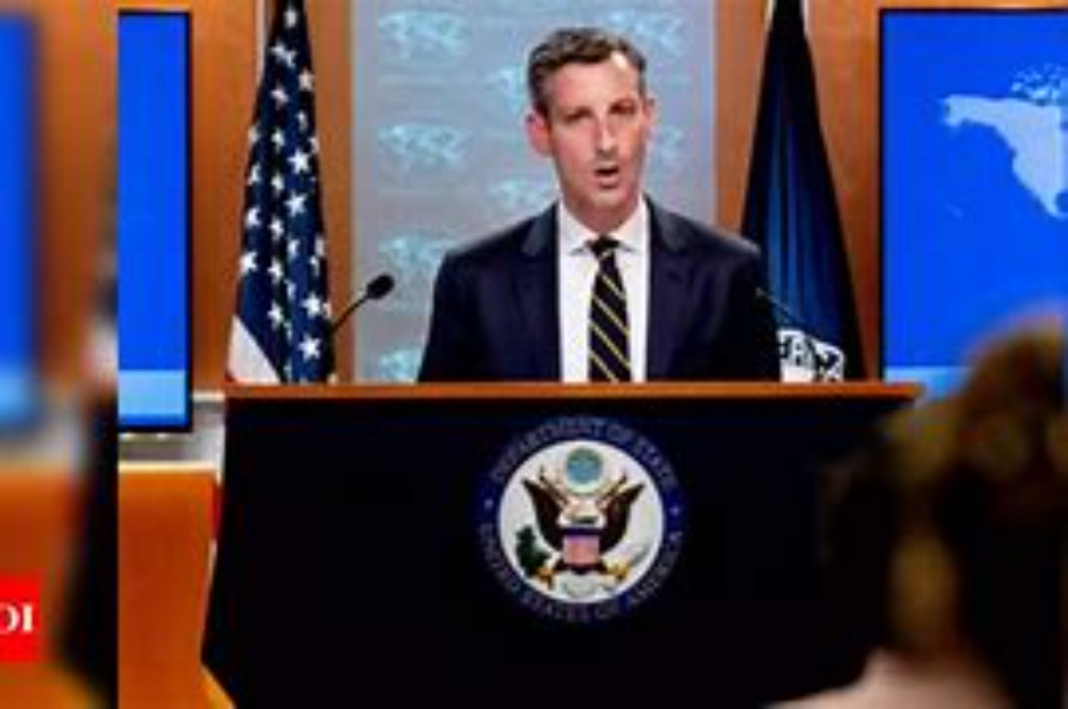 When the young boy, just 13 or 14 years-old, was safely inside the gates of Kabul’s international airport, U.S. State Department officials there asked two questions: Where were his parents? And why was there blood all over his clothes?

“He said that somebody was killed right in front of him, and his whole family dispersed,” said a State Department official, recounting their harrowing 12 days on the ground in Afghanistan.

They were one of dozens of U.S. diplomats who, along with thousands of U.S. troops, helped evacuate more than 123,000 of their fellow Americans, Afghans, and other foreigners fleeing the Taliban.

But that effort also left behind as many as 200 U.S. citizens who were trying to escape and the “majority” of Afghans who worked with U.S. diplomatic and military personnel, according to a senior State Department official, and now fear their lives are at risk from Taliban reprisals.

“Everybody who lived it is haunted by the choices we had to make and by the people we were not able to help depart in this first phase of the operation,” said the senior official, speaking on condition of anonymity at the State Department’s request.

The all-hands-on-deck effort marshaled hundreds of State Department personnel in Washington and at embassies around the world, even rivaling the global repatriation operation at the start of the coronavirus pandemic in spring 2020, according to officials.

Afghanistan Coordination Task Force, an emergency operation headquartered at the State Department, has brought together hundreds of U.S. officials across agencies, including from the departments of Defense, Homeland Security, and Health and Human Services, which manages refugee resettlement, and helped coordinate approximately 55,000 calls and 33,000 emails to U.S. citizens in Afghanistan to try to bring them to safety, according to the department. As that operation shifts to help Americans and Afghans left behind, the senior State Department official conceded the evacuation efforts weren’t “pretty, it was very challenging. … It involved some really painful tradeoffs and choices for everybody involved.”

The youngest of those Americans still there may be “Ali,” whose real name ABC News is not using to protect him and his family. The three-year-old boy was born in the Sacramento area, and both his father “Ramin” and mother “Sahar” are U.S. lawful permanent residents, or Green card holders. Ramin moved the family, including Ali’s three older siblings, to Kabul a couple of years ago, drawn to a career as a social worker in his home country.

But with the collapse of the Afghan government – the speed of which surprised even U.S. officials – they scrambled to get out, the family told ABC News affiliate KGO. They said they received instructions from the U.S. embassy in Kabul on how to approach the airport, but were beaten back and blocked by Taliban fighters – too fearful to attempt again.

The senior State Department official said while there was enough cooperation with the Taliban to get tens of thousands of evacuees through, it regularly broke down when the militant group’s checkpoints were overwhelmed by the crowds or when messages from leadership didn’t travel fast enough to fighters on the ground.

“We had zero ability to control that inflow beyond the physical gates of the airport complex,” they told reporters Wednesday.

The State Department’s operation also struggled to provide detailed instructions on how to access the airport to Americans and Afghan partners that wouldn’t end up spreading through the massive crowds. Instead, any unique credential was quickly shared and became useless for U.S. and allied service members manning the fortified walls of Kabul airport.

“It was no longer a viable credential to differentiate among populations, and we simply did not have the people or the time to be able to try to sift through that crowd of people demanding access,” the senior official said.

That meant especially for Afghans who worked for the U.S. — sometimes known as SIVs, for the special immigrant visas they’ve applied for — were left in the crowds.

“We weren’t able to differentiate in the ways we all wanted to pull in those SIV populations,” the senior official added, declining to provide any figures for how many were evacuated, but saying “anecdotal evidence” suggested the “majority” were not.

But officials were also concerned about the crowds themselves, especially as desperation grew with the clock ticking down to President Biden’s Aug. 31 deadline.

“It’s not a criticism of the people who were desperate to leave, it’s just the characteristics of human behavior in those kinds of conditions — I think people don’t understand that those crowds that were outside the access points were on the verge of flipping to a mob at any given moment of any given day,” said the senior official.

Now, it will be up to U.S. consular officers to help the hundreds of other Americans and tens of thousands of Afghan partners escape whatever comes next in Afghanistan.

“It was really disheartening,” a second consular officer, who flew to Washington from the U.S. embassy in Canada to assist in evacuation efforts, said of the long shifts on the phone or emails trying to help U.S. citizens in Afghanistan.

In some cases, those individual calls provided personalized instructions for U.S. citizens and residents or at-risk Afghans to access Kabul airport, including a rally point to meet before approaching the gates amid the high threat of attack.

A third State Department official, based at the U.S. embassy in New Delhi, recounted talking to an Afghan woman who only spoke Dari, the Afghan dialect of Persian, but in her basic Urdu and his broken Hindi, he was able to provide instructions on how to access the airport.

“That kept us going all the time — that everybody felt the desperation of the Afghans and wanted to help them and knew it was a matter of time, that we had limited time to help as many people as possible and everybody went out of their way,” said the first State Department official.

But sticking to that timeline has drawn outrage against Biden, accused by Republican lawmakers and some veterans’ groups of abandoning Americans and especially Afghan allies.

“The unwillingness of the U.S. government to protect these trusted allies is an unconscionable failure that could have been avoided,” Adam Bates, policy counsel at the International Refugee Assistance Project, or IRAP, said Tuesday. “The United States not only has an ongoing moral, but also a legal obligation to protect them and all Afghan allies.”

Biden rejected that in an address Tuesday, saying staying longer would have put more U.S. troops at risk by violating former President Donald Trump’s deal with the Taliban: “That was the choice, the real choice – between leaving or escalating.”

For that first State Department official, however, there was no time to dwell on the life-or-death implications for the Afghan people they encountered just inside Kabul airport’s fortified gates – some of whom they were forced to turn away if they weren’t cleared by the U.S. government to travel.

“There were so many people, the need was so great all the time, that we just tried to do what we were supposed to do and get as many people out,” said the official.

Volunteering to help process people, the official arrived with other consular officers on Aug. 17, just two days after Kabul fell to the Taliban. Working 12-hour shifts, consular officers waited behind a line of U.S. special forces to check the documents of Americans, Afghans, and others who were granted entry to the airport — before they could move through another line of U.S. forces and board evacuation flights.

Warning shots were being fired “constantly” by Afghan and Taliban troops on the perimeter, per the official, with the use of flash bangs and at least one instance of tear gas as well. Most people waited three to five days just to get inside, they added — calling it “horrendous.”

“The people that tried to get through those gates, it was a horrifying experience for them, and as consular officers, we were thrilled to be able to do what we could to evaluate their eligibility as quickly as possible,” the official said.

Among the most heartbreaking scenes were the unaccompanied minors — children who lost parents and ended up inside the airport’s walls. Scores of them have been evacuated from Kabul to Doha, Qatar, where UNICEF has custody of them and is working to reunify them with parents and family, according to State Department officials.

Asked how so many children ended up alone, the official said, “Chaos. You can’t even imagine the chaos that was outside the gate.”

“On any given day, we had over 30 children that were separated … They were all traumatized,” the official added.

At least four children were orphaned after their father was killed by the Taliban and their mother was crushed in the crowds outside the airport, a source on the ground told ABC News last week. Others may have been pushed through “for safety” by their parents, according to the State Department official, “But I can tell you any parent that did that did that out of desperation and a love for their child.”

Officials from the U.S. and allied countries, especially Norway, worked together at the airport to care for them, with service members playing with them, rocking babies, and providing supplies like diapers, food, and bottles. Norway set up a reunification center that “quickly got overwhelmed, there were so many children that were separated,” the official said.

For Ali and his family, they are at least still together. But the road ahead — perhaps literally — is unclear.

The family told KGO that they have connected with other Americans on the ground in Afghanistan, leaving a safe house in Kabul to find their own way.