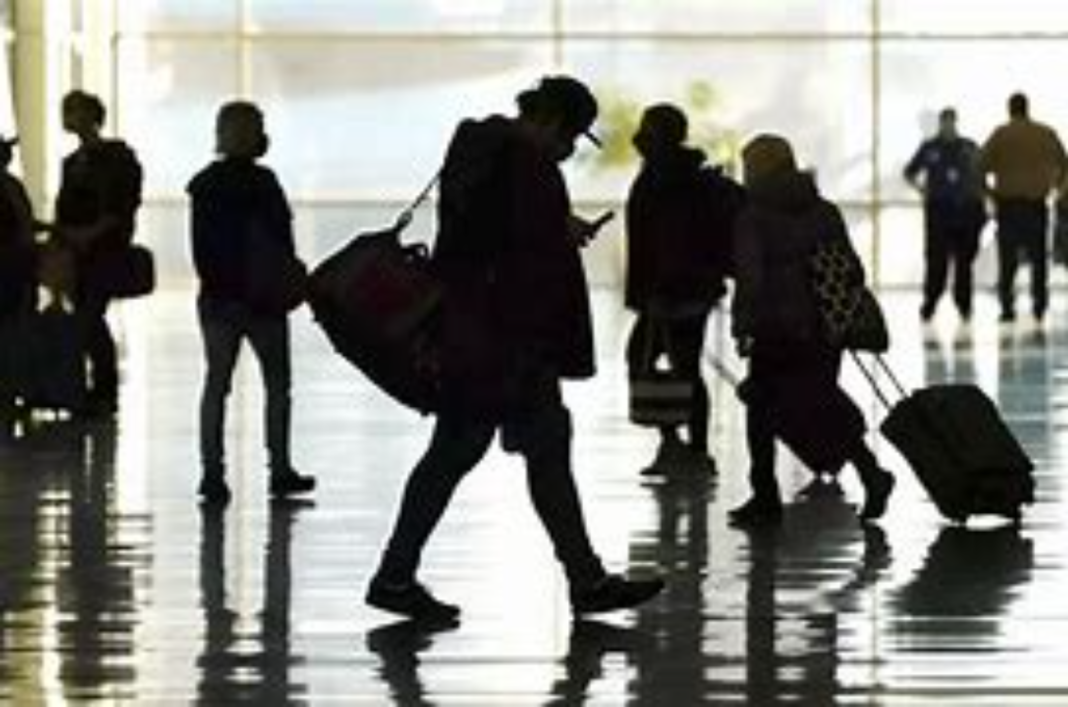 As of this morning, the travel bans forbidding entry to the United States from Mexico and Canada, along with most of Europe, are lifted. This will no doubt come as a relief to many businesses and communities along both borders that have traditionally relied on tourism and foreign shoppers to keep their economies humming. But reading into the fine print of the announcement, you quickly realize that the bans haven’t been lifted for everyone. Traveling into the country over either of our land borders will require proof of vaccination. If you are flying into an American airport from outside the country, you will need to provide a recent negative COVID test on top of proof that you are vaccinated. Maybe it’s just me, but that “temporary emergency order” still isn’t looking very temporary, is it? (NY Post)

The U.S. lifted restrictions Monday on travel from a long list of countries including Mexico, Canada and most of Europe, allowing tourists to make long-delayed trips and family members to reconnect with loved ones after more than a year and a half apart because of the pandemic.

Starting Monday, the U.S. is accepting fully vaccinated travelers at airports and land borders, doing away with a COVID-19 restriction that dates back to the Trump administration. The new rules allow air travel from previously restricted countries as long as the traveler has proof of vaccination and a negative COVID-19 test. Land travel from Mexico and Canada will require proof of vaccination but no test.

The airlines are being turned into an unofficial law enforcement agency under the new order. All passengers seeking a flight to America will have to present proof of vaccination, but the airline staff will also need to match the vaccination passport with their other ID. If they don’t match, the airlines will have to report the traveler to law enforcement and they may face a fine of up to $35,000 per violation.

Yet another inconsistency in America’s COVID policies shows up in the list of “approved vaccines” that will be accepted for travelers coming here from abroad. Only three vaccines are approved by the FDA in the United States, but travelers will be allowed in if they received any of the vaccines that have been approved by the World Health Organization. That means that the AstraZeneca vaccine will be sufficient. That’s good news for Canadians, because a large percentage of them took the AstraZeneca shots when they were approved up there.

But that’s not going to be as helpful for European tourists. As ABC News reported this weekend, many would-be travelers received vaccines that haven’t been approved by the WHO, so they will still be banned.

As COVID-19 ravaged Hungary in April, Budapest resident Akos Sipos received his second vaccine dose, believing he was doing the right thing for his own health and to help end the pandemic.

But Sipos, 46, soon discovered that the vaccine he received, Russia’s Sputnik V, disqualified him from traveling to a number of other countries where it hadn’t been approved. The nations include the United States, which is pushing forward with a new air travel policy that will make Sipos and many like him ineligible to enter.

“I thought it’s better to get Sputnik today than a Western vaccine at some uncertain future time,” Sipos, who works as a search engine optimization specialist, said of his initial decision to receive the jab. “But I couldn’t have known at that time that I wouldn’t be able to travel with Sputnik.”

The linked report describes the number of people “scrambling” to find a place to get an approved vaccine. Yet even if that turns out to be possible, it raises yet another disturbing question. Here in the United States, lengthy testing has been done on different combinations of vaccinations using Pfizer, Moderna, and Johnson & Johnson to measure the safety and efficacy of mixing them together. Do you know who has been testing combinations including Sputnik V, which has been given to millions of Europeans and people in eastern Asian countries? From what I was able to find on a quick search, the answer is… nobody. So these new rules will send an army of hopeful travelers out looking for a second vaccination that may or may not be safe for them to take.

Back in the day, there used to be a popular saying along the lines of, this is no way to run an airline. I would argue that the same is true today. And it’s no way to run a government travel policy either.

Belarus:Iraq to Evacuate its Citizens

Afghanistan:Many Afghans go to bed hungry because of Sanctions and Drought