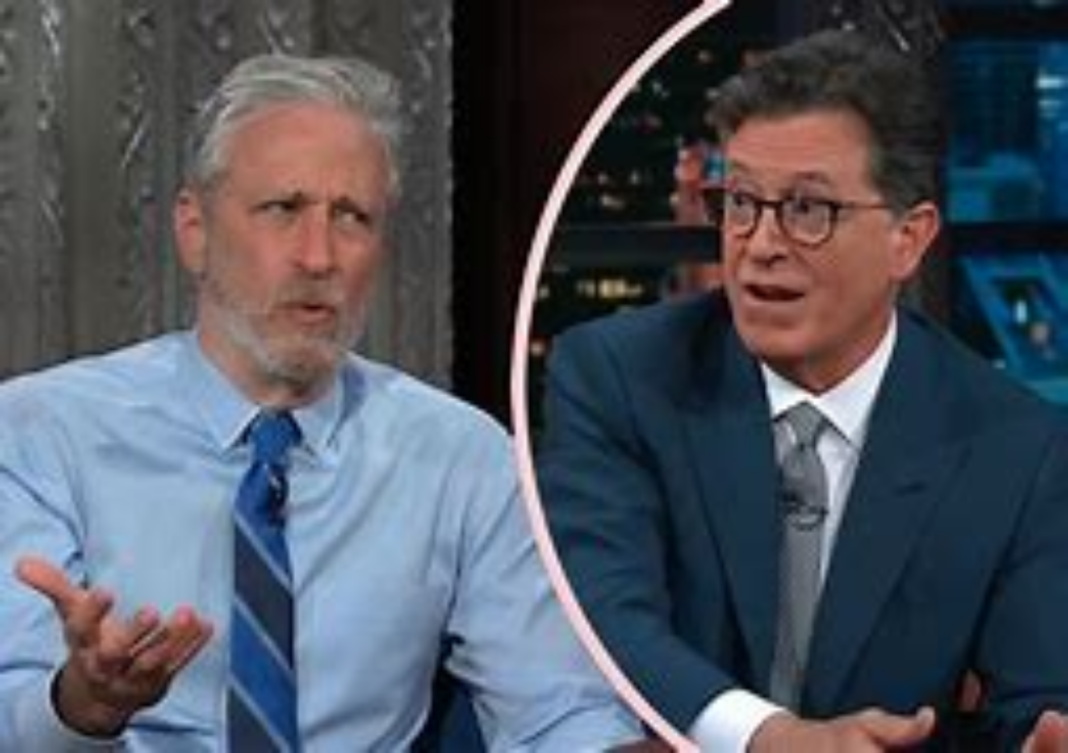 The recent interplay between Jon Stewart and Stephen Colbert regarding the possibility of a COVID lab leak was a fascinating example of where their recent career choices have taken them. As Kyle Smith wrote, Stewart showed that part of him is still a real comedian, with the comedian’s eye for the absurd wherever he finds it. Colbert revealed himself to be merely a partisan entertainer whose highest priority (higher than humor or truth) is to make sure his audience never feels like it is taking a justified L.

Stewart was also a partisan entertainer, and did more than his share to make mainstream topical comedy as predictable and stale as right-wing talk radio, but he retired before the audience expectations of total partisan conformity had become entirely crushing. Meanwhile, Colbert forced himself to do night after dreary night of feeble Robert Mueller jokes and it has broken his spirit.

The live audience obviously like Stewart’s material, and gives at most tepid reaction to Colbert’s repeated attempts to rebut Stewart and to throw off Stewart’s comic timing. And above all, Colbert spends the entire segment desperately disassociating himself from Stewart. At one point he cracks that Stewart must be working for Republican Senator Ron Johnson. The message is simple: It doesn’t matter if the stuff you are saying is funny. It doesn’t even matter if the stuff you are saying is true. What matters is you are putting me and my show on the wrong side and that’s a problem.

And for the Very Online Left, if you’re part of the outgroup, you are fair game for any kind of harassment and condemnation, because the they define themselves by their expressions of hatred and contempt for outgroup figures (cops, gunowners, Israel, children in MAGA hats.) The Very Online Left is a minority of the country and probably even a minority of Colbert’s own audience, but its overrepresentation in media circles that live on Twitter means they can threaten to make serious trouble for Colbert. Dave Chappelle was willing to face them down, but you have to be willing to take the flak. Colbert, in every word and gesture, desperately tried to pander to Online Left and direct all of their read the rooms, not a good looks, and do betters (as well as any accusations of racism) to Stewart.

It is ironic because, 15 years ago, Colbert was a more original comic than Stewart, but the demands of nightly doses of craven partisanship for year upon year has ruined him.