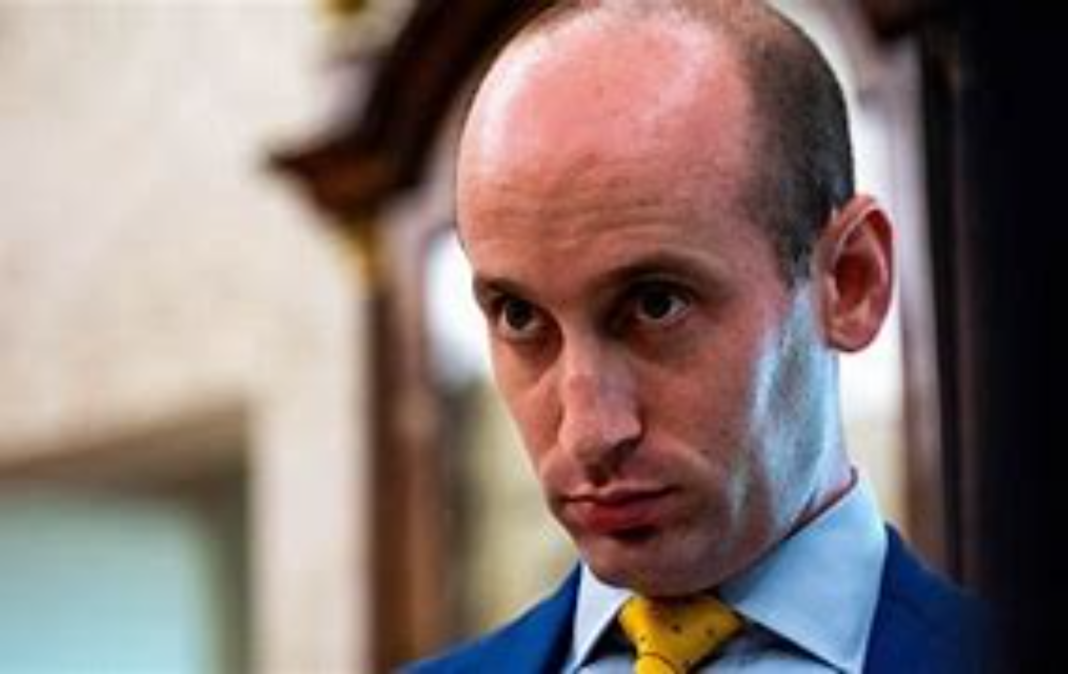 It turns out the set is a lot more elaborate than anyone thought and it’s in the Eisenhower building across the street from the real White House, according to a detailed report from Breitbart.

The odd thing is, the Handlers are presenting the set as if it’s really the White House, and that is alarming a lot of people.

If you look at the videos from the set, you’ll see that they claim it’s “live” from the White House.

Clearly, that is NOT a regular ol’ room inside the White House.

Watch the video clip below. It’s clearly the “set,” but it says “live White House.”

When you’re running the country from a movie set, but don’t hire people with enough production talent to make the propaganda believable. pic.twitter.com/NNmdEWouGI

So, what is going on here?

Well, Trump loyalist Stephen Miller claims he knows exactly why Joe is doing this, and it has do to with a “face-on” monitor that allows him to read a script with “teleprompter glass” that can be seen on camera.

Here’s what Stephen Miller said: “The reason Biden uses this bizarre virtual set for televised meetings—and not an actual room like East Room, Cabinet, Oval, Roosevelt, Sit Room, etc.—is because it allows him to read a script directly from a face-on monitor (& w/out teleprompter glass that can be seen on camera).”

“And for Biden apologists making the incredibly asinine observation that you can read monitors in other rooms: yes, for formal addresses. WH created this bizarre set-up to create illusion that Biden’s running a normal human *meeting* when he’s actually delivering a scripted text.”

The reason Biden uses this bizarre virtual set for televised meetings—and not an actual room like East Room, Cabinet, Oval, Roosevelt, Sit Room, etc.—is because it allows him to read a script directly from a face-on monitor (& w/out teleprompter glass that can be seen on camera). https://t.co/Uc4Ly9kL7T

There is a lot of mystery surrounding Joe Biden’s so-called “presidency” and things like this bizarreness only add to the confusion, conspiracies, and mistrust.

One very liberal-leaning poll has Biden at 38 percent, which can only mean, he’s probably about 10 points lower than that, on a good day.

It’s things like this with the odd fake White House that add to the overall feeling of mistrust and shadiness surrounding Joe Biden and his admin.

If there’s a good reason his Handlers made this set, they need to share that reasoning with the American people and stop labeling it as the “White House” on videos.