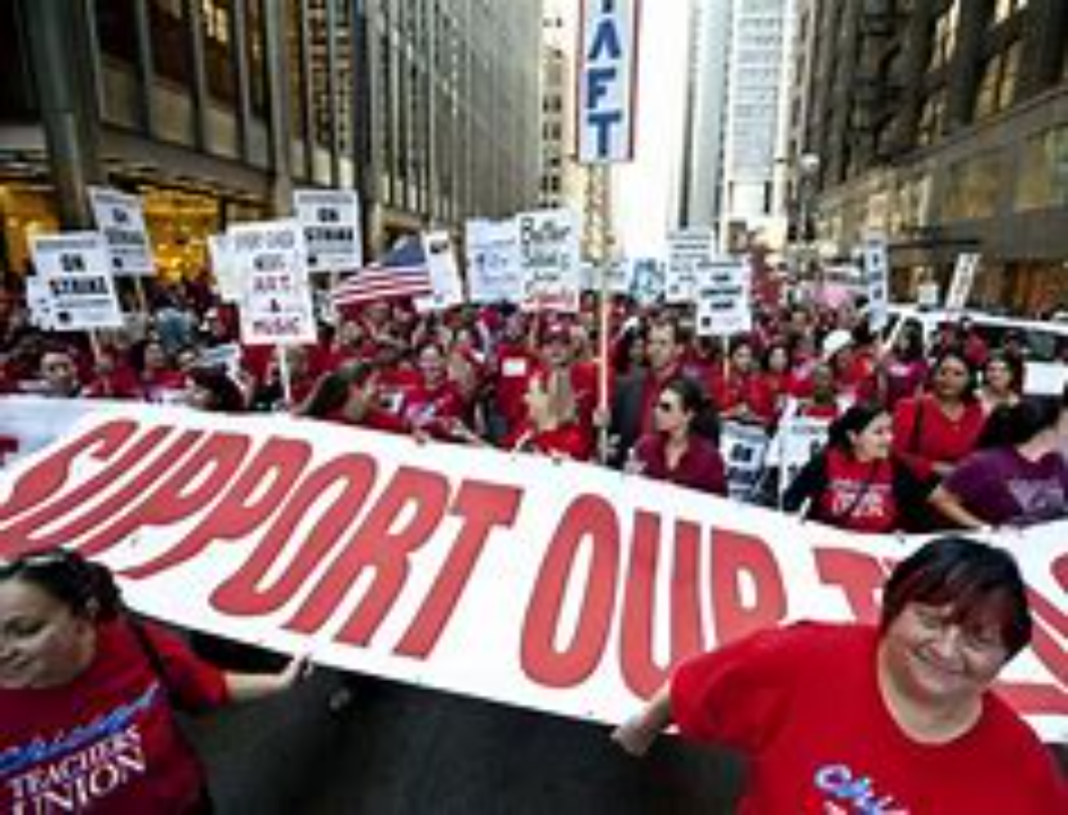 Earlier this week, the eye-opening news was that a record 4.3M Americans quit their jobs in August. That number is 3% of the U.S. workforce. Now, on top of that, it is reported that more than 100,000 unionized employees have voted to authorize strikes in recent days. This isn’t good news for the difficulties the American economy already faces with supply chain problems and shortages of goods that are predicted to be inevitable during the holiday season this year.

The strikes are either already in place or have been approved by union members. The unions are in various sectors across the board. Workplaces across the country are affected. A quick round-up of reporting on striking union members shows the numbers add up quickly. In Biden’s America, union workers are flexing their muscles. Some are striking for better contracts, better working conditions, and higher pay, while others are striking in protest of company policy, like COVID-19 vaccination mandates.

The latest workers to strike are John Deere production plant workers in 14 plants. It is their first strike in 35 years. The United Auto Workers union represents more than 10,000 John Deere workers. As of today, they are on strike.

More than 10,000 Deere & Co. workers went on strike Thursday after “the company failed to present an agreement that met our members’ demands and needs,” the United Auto Workers union said in statement.

The union had said its members would walk off the job if no deal has been reached by 11:59 p.m. Wednesday. The vast majority of the union rejected a contract offer earlier this week that would have delivered 5% raises to some workers and 6% raises to others.

This strike sounds like a normal kind of labor dispute between union members and company management over wages. Brad Morris, vice president of labor relations for Deere, said the company is “committed to a favorable outcome for our employees, our communities and everyone involved.” Workers are making demands now after working long hours during the pandemic and dealing with worker shortages. The 14 Deere plants taking part in the strike include seven in Iowa, four in Illinois, and one each in Kansas, Colorado, and Georgia.

In a near-unanimous vote Monday, unions representing more than 24,000 Kaiser Permanente nurses and other health care workers in California and Oregon authorized a potential strike after contract negotiations stalled. Roughly 38,000 Kaiser workers have now authorized their union leaders to call a strike, if necessary.

Kaiser nurses, who are protesting pandemic-induced burnout exacerbated by low staffing levels, are pushing for 4 percent annual raises and ramped-up hiring. They oppose the company’s offer to increase annual pay by 1 percent over the next three years and implement a two-tier system that would pay newly hired workers less than longer-tenured employees.

Jodi Barschow, president of the Oregon Federation of Nurses and Health Professionals, said in a statement that Kaiser’s proposals “show a profound disrespect for the frontline healthcare workers who are risking their lives during COVID.”

Earlier this month, 2,000 nurses and other hospital workers at Mercy Hospital in Buffalo, New York walked off the job over staffing shortages and poor working conditions. Health care workers across the country have either walked out or threatened to do so over COVID-19 vaccine mandates.

In September, American Airlines pilots voted to strike and began walking picket lines in front of a select few airports. Their decision to strike was out of frustration with their working conditions as air travel ramped back up as Americans began feeling comfortable traveling again. Many airlines are still struggling to get back to pre-pandemic levels of staffing and scheduling flights.

“Our airline needs scheduling practices that support the safety margin, respect pilots’ and passengers’ needs, and de-risk American Airlines to protect and improve revenue,” the Allied Pilots Association said in a statement.

Kellogg cereal plant workers are on strike. They walked out at the beginning of October. All cereal plants went on strike. That amounts to 1,400 workers on strike. The strike includes plants in Omaha, Nebraska; Battle Creek, Michigan; Lancaster, Pennsylvania; and Memphis, Tennessee.

“The company continues to threaten to send additional jobs to Mexico if workers do not accept outrageous proposals that take away protections that workers have had for decades,” said Anthony Shelton, president of the Bakery, Confectionary, Tobacco Workers and Grain Millers International Union.

The threat to move work to Mexico doesn’t sit well with Osborn.

“A lot of Americans probably don’t have too much issue with the Nike or Under Armor hats being made elsewhere or even our vehicles, but when they start manufacturing our food down where they are out of the FDA control and OSHA control, I have a huge problem with that,” Osborn said.

The company insists that its offer is fair and would increase wages and benefits for its employees that it said made an average of $120,000 a year last year.

Yesterday the union representing Hollywood crews announced that it was increasing pressure on major studios by threatening that its members will go on strike on Monday if they can’t reach an agreement on a new contract. The union said it will continue negotiations through the end of the week and then that’s it.

A walkout would bring film and television productions across the country to a standstill and would be the biggest Hollywood labor dispute in more than a decade. The International Alliance of Theatrical Stage Employees represents about 60,000 film set workers nationwide.

Wednesday’s announcement from IATSE represents a line in the sand for how long the organization will let talks continue without resolution. Negotiations will continue this week, the union said.

“Without an end date, we could keep talking forever,” IATSE President Matthew Loeb said in a statement. “Our members deserve to have their basic needs addressed now.”

IATSE’s film and television contract with the Alliance of Motion Picture and Television Producers (AMPTP) first expired on July 31 and was extended until Sept.10.

“There are five whole days left to reach a deal, and the studios will continue to negotiate in good faith in an effort to reach an agreement for a new contract that will keep the industry working,” AMPTP spokesman Jarryd Gonzales said in a statement.

I’m no fan of labor unions. I think they long ago outlived their purpose. Union membership continues to dwindle and that’s fine by me. It’s interesting though that Biden’s economy has emboldened unions to strike now. Strikes had become less common in recent years, due to declining membership and clout. Workers feel they have leverage now because of labor shortages and an abundance of jobs. Anti-capitalist union leaders hope to increase membership by blaming the pandemic and scapegoating America’s capitalist system for its woes.

In a recent interview with The Hill, AFL-CIO President Liz Shuler said workers are “fed up” with harsh working conditions and stagnant pay amid a pandemic that has worsened income inequality, leading them to demand better contracts.

“This is the capitalist system that has driven us to the brink,” she added. “Inequality is just getting worse and worse. … We think unions are the solution.”

Union leadership, like the progressive left, to which Joe Biden caves, believes that capitalism is bad and pursues fever dreams of a socialist America. This is Biden’s America. Labor unions are emboldened – First Lady Jill is a member in good standing with teacher unions – and they are willing to exploit Biden’s poor economic recovery by piling on with strikes that will further exacerbate supply chain shortages. Thanks, Joe.