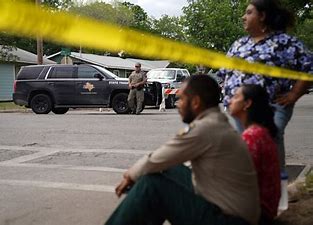 In recent weeks, gun owners have been given two prime examples of just how important strong firearms preemption laws are to the vibrant exercise of Second Amendment rights. On October 22, the Montana Supreme Court struck down a Missoula ordinance that purported to restrict city residents’ ability to transfer firearms. On October 29, Allegheny County Common Pleas Senior Judge Joseph M. James struck down a raft of Pittsburgh ordinances that purported to regulate the use of firearms in public places within the city and provide for the confiscation of firearms without due process. In both instances the tribunals pointed to the state firearms preemption statute as precluding the locality’s anti-gun efforts.

Today, almost all states have a firearms preemption law that prohibits localities from regulating firearms in a manner more stringent than state law. These laws are vital as they prevent localities from enacting an incomprehensible patchwork of local ordinances. Without these measures unsuspecting gun owners would be forced to forego the exercise of their Second Amendment rights or risk running afoul of convoluted and potentially inaccessible local rules.

A look back at a 1970s edition of ATF’s State Laws and Local Ordinances reveals a baffling mishmash of local ordinances aimed at all manner of firearms related conduct. Prior to the enactment of preemption statutes there were city waiting periods, county gun seller licensing and gun registration schemes, and local permits to purchase regimes.

The Missoula case concerned City Ordinance 3581. Passed in 2016, the ordinance criminalized the private transfer of firearms in the city. The ordinance required almost all transfers to take place pursuant to a National Instant Criminal Background Check System check. The city passed the ordinance in defiance of Montana’s strong state firearms preemption statute.

The language is straightforward and explicitly prohibited the locality from regulating “the purchase, sale or other transfer” of firearms. Illustrating the obvious illegality of Missoula’s ordinance, the Montana Supreme Court ruled 5-0 against the city.

The Pittsburgh case concerned a trio of ordinances passed in 2018. Pittsburgh Mayor William Peduto called on the city to enact a total ban on commonly-owned semi-automatic firearms, a total ban on standard capacity magazines, and the development of a procedure to confiscate an individual’s firearms without due process of law. Further, Peduto called on municipalities throughout the country to ignore state statutes enacted by their residents’ elected representatives.

In the end, Peduto and his cohorts on the city council enacted narrower, but still impermissible, versions of the initial gun and magazine ban proposals and the confiscation measure.

No county, municipality or township may in any manner regulate the lawful ownership, possession, transfer or transportation of firearms, ammunition or ammunition components when carried or transported for purposes not prohibited by the laws of this Commonwealth.

Like Montana’s statute, the language clearly prohibited Pittsburgh’s conduct. Moreover, in the Keystone State the matter of Pittsburgh’s power to regulate firearms had already been decided in the courts.

In the 1996 case Ortiz v. Pennsylvania, the Supreme Court of Pennsylvania settled the question as to whether Pittsburgh and Philadelphia could restrict commonly-owned semi-automatic firearms. In finding that they could not, the court stated,

In ruling against the city’s most recent ordinances, Judge James noted that “the City has expended a large amount of energy attempting to categorize the restricted behavior in such a way that it is not expressly prohibited” by the state preemption statute. Continuing, James explained, “Despite the city’s efforts…. they are not able to avoid the obvious intent of the Legislature to preempt this entire field.”

Note Judge James’ use of the word “obvious.” Both the Montana and Pennsylvania statutes contain clear language that obviously barred the cities’ behavior. Even so, city officials usurped the authority to regulate firearms and wasted untold taxpayer resources in order to persecute a disfavored subset of law-abiding citizens.

Often more ideologically homogenous than larger political units, local governments have repeatedly shown a willingness to attack their gun owning constituents rather than practice the politics of pluralism. The larger political unit of a state can temper such virulent intolerance and provide a much-needed check on the radical impulses of local politicians.

Such blatant defiance of state law and profligacy with taxpayer dollars should have state legislatures looking for ways to strengthen existing state firearms preemption statutes. This can be achieved by providing a clear avenue for which a variety of interested parties, such as civil rights organizations like the NRA, can bring suit to enjoin improper laws. Moreover, state preemption statutes can be crafted in a manner that provides a prevailing plaintiff with attorneys’ fees and liquidated damages.

As the cases in Montana and Pennsylvania show, state firearms preemption statutes are an essential protection for gun owners. However, gun owners should not be forced to constantly vindicate their rights through the courts. State legislators should work to craft state preemption laws that prevent even the most recalcitrant localities from enacting illegal ordinances.