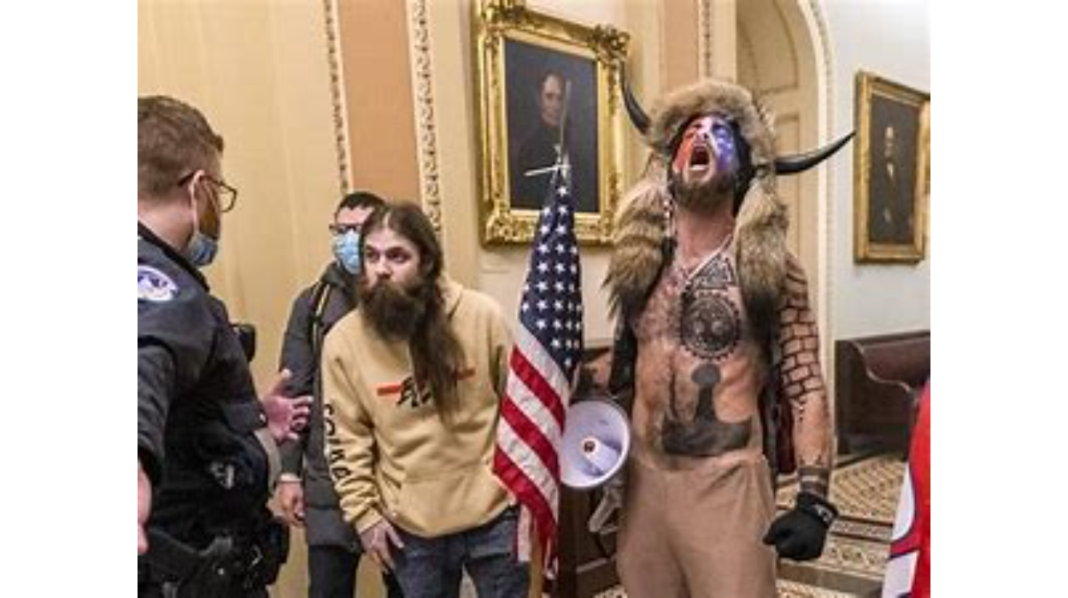 It’d be something if the QAnon Shaman were the star guest on this morning’s shows, no?

Alas, he’s indisposed. But he and his comrades are the subject of today’s Sunday programming as we approach the first anniversary of the insurrection. The top two figures on the January 6 committee, Bennie Thompson and Liz Cheney, will sit down with “This Week” to update the country on the progress they’ve made and share any new developments. For instance:

NEWS: Bernie Kerik has given docs to the Jan. 6 committee. He also provided a log of documents he didn’t turn over.

One is labeled: “DRAFT LETTER FROM POTUS TO SEIZE EVIDENCE IN THE INTEREST OF NATIONAL SECURITY FOR THE 2020 ELECTIONS.”

News came a few days ago that the committee was dropping its request for certain documents from the Trump White House after Biden’s administration claimed that they “do not appear to bear on the White House’s preparations for or of January 6, or on efforts to overturn the election or otherwise obstruct the peaceful transfer of power.” Trump issued a statement gloating about that but Cheney responded:

False. The ⁦@January6thCmte⁩ hasn’t dropped requests for any necessary records. In fact, we’re actively litigating to obtain White House records Trump is trying to conceal. We will not allow him to hide the truth about January 6th, or his conduct, from the American people. pic.twitter.com/q2YBqVlyXq

Evidently the committee is “deferring” its request for the documents, not withdrawing it altogether. Thompson will also be on “State of the Union” and Cheney will chat with “Face the Nation” to elaborate. Adam Schiff, another member of the committee, will follow Cheney on “Face the Nation.” And freshman Rep. Peter Meijer, one of the 10 Republicans to vote for impeachment, will follow Thompson on “State of the Union” to discuss his memories of that day and the political consequences of his vote. Meijer was recently the subject of a profile in The Atlantic for which he recalled this scene on the evening of January 6, after the House had reconvened to vote on certifying the election results:

When the Capitol was finally secured and members returned to the House chamber, Meijer expected an outraged, defiant House of Representatives to vote in overwhelming numbers to certify the election results, sending a message to the mob that Congress would not be scared away from fulfilling its constitutional obligations. But as he began talking with his colleagues, he was shocked to realize that more of them—perhaps far more of them—were now preparing to object to the election results than before the riot.

On the House floor, moments before the vote, Meijer approached a member who appeared on the verge of a breakdown. He asked his new colleague if he was okay. The member responded that he was not; that no matter his belief in the legitimacy of the election, he could no longer vote to certify the results, because he feared for his family’s safety. “Remember, this wasn’t a hypothetical. You were casting that vote after seeing with your own two eyes what some of these people are capable of,” Meijer says. “If they’re willing to come after you inside the U.S. Capitol, what will they do when you’re at home with your kids?”

The bad news: Meijer might lose his job next year. The good news: He’s better off. That job isn’t fit for a decent person in 2022.

Elsewhere this morning, the new mayor of New York City, Eric Adams, will explain his plans for post-pandemic renewal in America’s biggest city to “This Week.” Anthony Fauci will also make the rounds on “This Week” and “State of the Union” to discuss the Omicron forecast for January, which should bring an unimaginable number of cases but comparatively few deaths. And Biden’s secretary of education, Miguel Cardona, will give the administration’s position on how schools should proceed amid a massive outbreak on “Face the Nation” and “Fox News Sunday.” Hopefully Cardona will make the case for keeping schools open. But even if he does, not all will listen. The full line-up is at the AP.

Climate Deal:India Unwilling to Give Up on Coal

Trump: “Liz Cheney is a bitter, horrible human being,”

Ukraine:Russia says it has ′right to defend its security