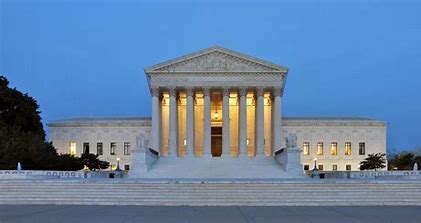 On Tuesday, the Supreme Court decided Carson v. Makin on a 6-3 vote, with the liberal bloc dissenting. The case related to a program in Maine, whereby the state will pay for specified educational alternatives for parents who live in districts where there is no secondary school. Public and private schools are eligible as long as they are accredited and meet other requirements, except that only “nonsectarian” schools can participate. So the program nakedly discriminates against religion, per se. The Court ruled that Maine need not have included private schools in the program, but having done so, it cannot discriminate against schools merely on the ground that they are religious.

This is in line with Supreme Court jurisprudence in other areas, but it nevertheless prompted an outbreak of hate from the left. Thus, Maine’s Attorney General suggested that religious institutions are “bigoted”:

The state’s attorney general, Aaron Frey, released a statement expressing “his disappointment” with the ruling in Carson v. Makin and indicated in a later interview with the Portland Press Herald that the state might end the tuition assistance program to avoid funding religious schools.

Mr. Frey said in his statement that the court’s ruling might mandate Maine to pay for a religious education that “is inimical to public education.” He was apparently referring to the two schools which the petitioners sought to send their children to — Temple Academy and Bangor Christian Schools.

“They promote a single religion to the exclusion of all others, refuse to admit gay and transgender children, and openly discriminate in hiring teachers and staff,” Mr. Frey said. “One school teaches children that the husband is to be the leader of the household.”

Mr. Frey called upon the governor and the state legislature to amend the town tuitioning program to “ensure that public money is not used to promote discrimination, intolerance, and bigotry.”

This is the conventional liberalism of 2022–everyone must subscribe to a set of beliefs about gender that in large part did not exist ten years ago, or be condemned (and discriminated against) for intolerance and bigotry. For what it is worth, I think Maine’s legislature probably can rework the program to effectively exclude Christian schools by adding criteria that do not isolate religion per se as grounds for exclusion.

Then we have this reaction from a left-wing extremist in Minnesota. It sums up several aspects of current liberal dogma:

This guy, Scott Burns, thinks that 1) parents are generally not good judges of what is best for their children (unlike him, apparently); 2) “many” churches and religions are bigoted; and 3) religion-sponsored schools are worse on average than public schools. It’s a triple whammy of anti-religious and anti-parent bias. Burns is also out of touch with reality if he seriously thinks that public schools in Minnesota, which are in the midst of a crisis of declining quality, are better than parochial alternatives.

One more thing–this out of touch leftist is a member of the Star Tribune editorial board, whose fecklessness Scott has criticized more than once. [UPDATE: A reader says that Burns is on the Strib’s corporate Board of Directors, not the Editorial Board. I think this is right; the link shows the Strib’s “Management Team.” If he is on the corporation’s board, it is even worse.] His tweets provide a window into the thinking of that body.

Star Tribune Board member Scott Burns responded by blocking Mitch, and all 49 people who liked Mitch’s tweet, including my wife. Also, we are told, by deleting the reference to the Star Tribune in his Twitter profile. What a hapless dope.