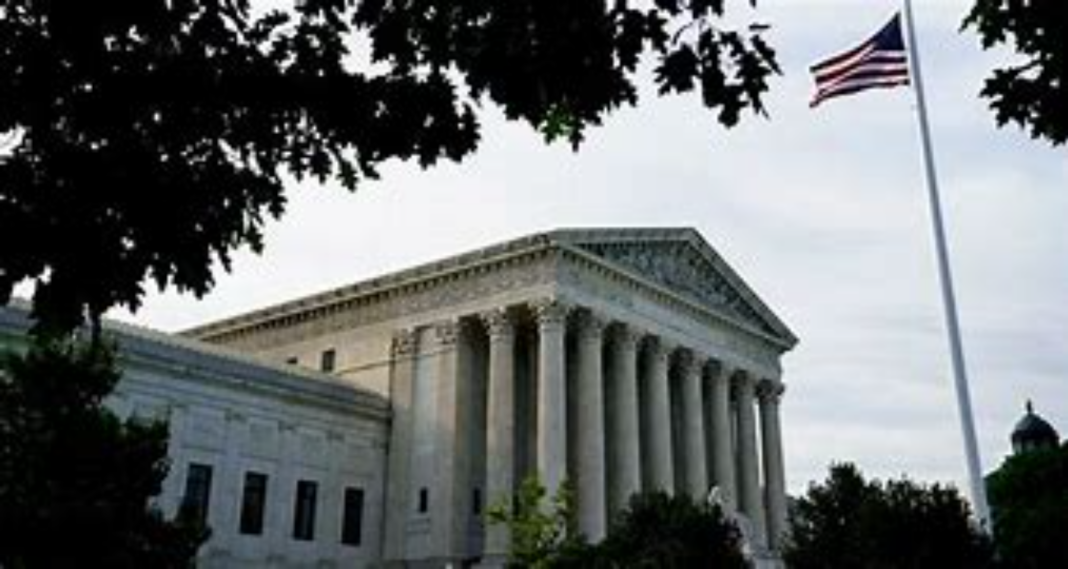 Earlier this week the Supreme Court voted to allow the CDC eviction moratorium to remain in place through the end of July. It was a 5-4 decision with Justice Kavanaugh siding with Chief Justice Roberts and the liberals to allow it to continue even though Kavanaugh said the CDC didn’t have authority to issue the moratorium extension in the first place.

The basic argument offered by the government for letting the CDC issue and then extend this moratorium was that forcing people out of their homes during a pandemic would expose them and others to an increased risk of catching and spreading COVID. This idea was supported by two particular studies one of which the CDC cited when it extended the moratorium earlier this year.

Today, Reason magazine has published an interesting piece about those two studies. It finds that both of them had serious problems which make their confident conclusions extremely unlikely:

These studies are deeply flawed. Their underlying data are incomplete and inconsistent. Their results are implausible. The size of the effect is wildly disproportionate to other public health interventions. The researchers also claim an absurd amount of certainty in their results despite the large uncertainties in the data they use, and they assert a causal effect based solely on correlation…

There are major data challenges in assessing the effects of these rules. There is no useful aggregated reporting on evictions. We have some data on eviction filings, but one-third of jurisdictions don’t report, and reporting for the other two-thirds is often erratic. Even the hundreds of local COVID-19 temporary eviction bans are difficult to classify because they take different approaches with different terms and restrictions.

Despite the lack of data, Reason does its best to put together a plausible estimate of what the impact of allowing evictions on COVID cases and deaths might have been. This section of the piece is fairly detailed but here’s the bottom line:

Given the data, state and local eviction bans plausibly might have prevented 10,000 evictions. With all the uncertainties, numbers between zero and 25,000 are plausible, but anyone claiming a far more significant effect has major hurdles explaining that case with the data that we do have, and would need much better data than anyone has produced to date to defend that position…

But even if we ignore the offset, 10,000 evictions likely involved tens or hundreds of infected people (infection rates varied from about 0.1 percent to 4 percent in the U.S. at the time depending on location and subpopulation), and double that if we include downstream infected people. Even accounting for rare superspreader events, we could expect no more than a few thousand additional infections in total during the study periods. Using case-mortality ratios from spring and summer 2020, that means around a hundred additional deaths could have been prevented by all the moratoriums.

Having established this back-of-the-envelope baseline, the authors then looked closely at the two studies to see how they came up with such widely divergent numbers. What they find in one case is that authors seem to have simply ignored any evidence to the contrary:

Now that we have a sense of what the aggregate picture looks like, let’s first examine the study released by a team of public health researchers that the CDC cited in extending the temporary federal ban.

Titled “Expiring Eviction Moratoriums and COVID-19 Incidence and Mortality,” the paper claims 95 percent confidence that excess deaths caused by lifting eviction moratoriums were between 8,988 and 12,470 in the 27 states that ended their bans before the CDC’s order went into effect…

The reason the authors get such tight confidence intervals on their estimates is that they ignore uncertainty in the underlying data, and assume their model fits reality exactly, except for uncorrelated noise. In other words, they ignore all the important factors making it hard to know the effect of moratoriums on health, and report a confidence interval based only on a minor sampling issue.

The authors never try to reconcile their conclusions with actual eviction filings or actual evictions, nor with the experience in the 23 states that either always or never had moratoriums, nor with the experience under federal moratoriums. There’s no attempt at causal reasoning, despite making a causal claim. There’s no discussion of why legal and medical researchers have overlooked such a gigantic effect.

But at least the authors of that study published all of their data and thereby allowed for it to be reviewed and criticized. The authors of the second study, this one published by researchers at Duke University, refused to share their data with Reason when asked. They claimed that the story was only a pre-print (meaning it hadn’t been peer reviewed) and therefore shouldn’t be considered a published study:

And yet the authors gave interviews in which they promoted their findings, and the paper was widely cited in the press, appears twice in the Federal Register as part of rule-making issued by the CFPB, and was cited in an amicus brief at the 5th Circuit Court of Appeals to support legal arguments that eviction moratoriums have spared COVID-19 deaths.

Despite not having the data, Reason was able to estimate how they came up with some of their findings and once again there appear to be significant problems. The piece concludes that because of their significant role in a public policy decision that impacted landlords across the country, these studies deserve scrutiny that they haven’t yet received.